Pictures from outside Downing St, London on Saturday when some sat down in the road and were cleared by police. Brian Haw, injured when police pushed his video camera into his face, attempts to make a formal protest. Pictures are copyright. 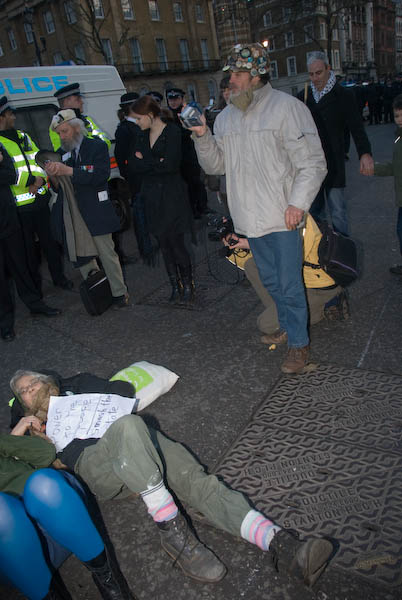 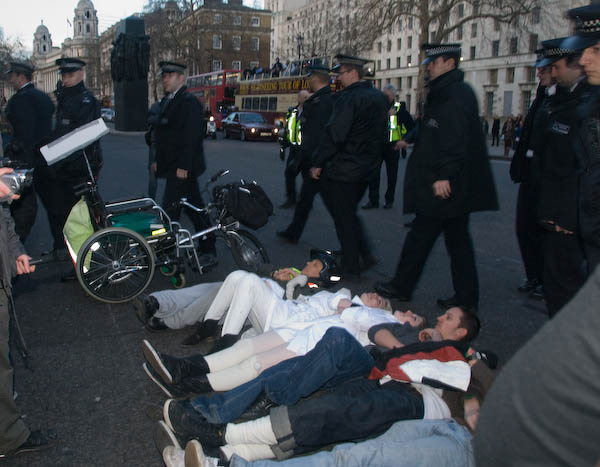 Police move in to clear roadway 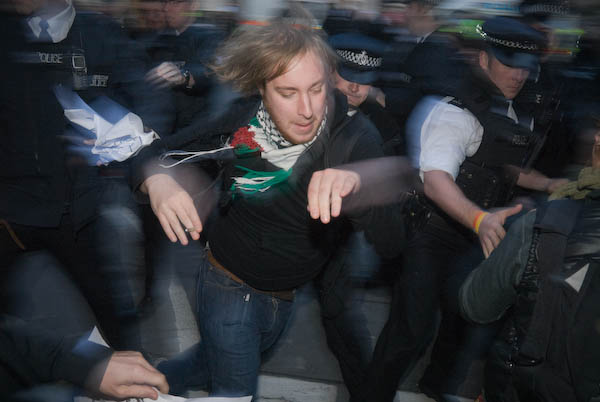 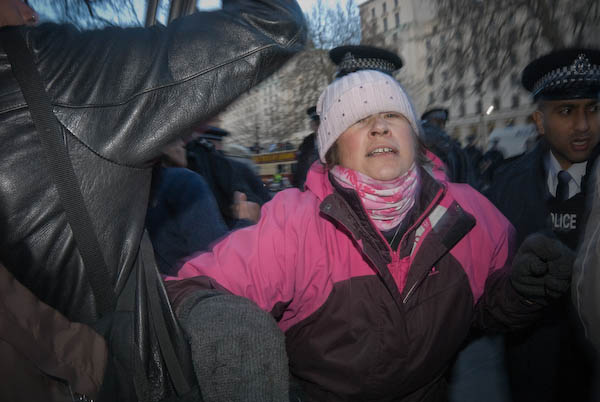 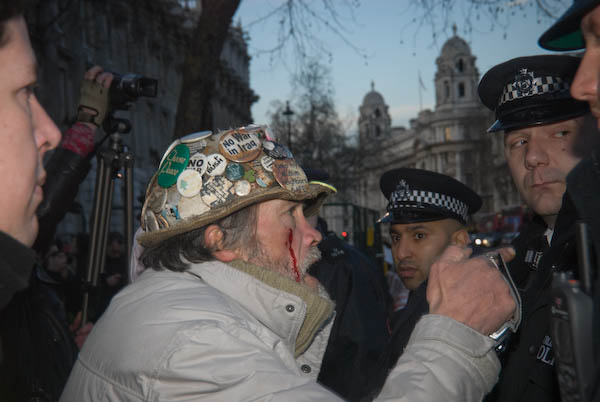 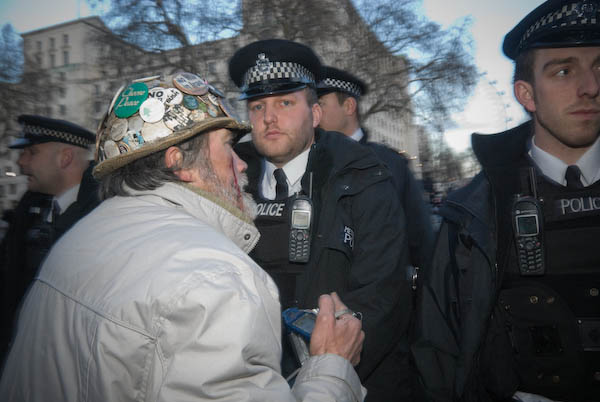 His complaints are ignored 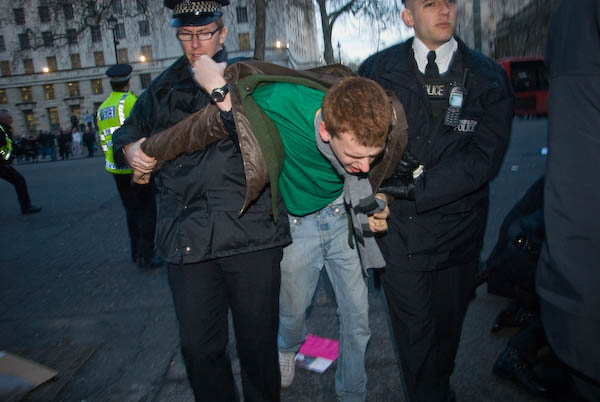 A protestor is painfully removed

When I arrived at Downing Street, police appeared to be taking a fairly relaxed attitude to the demonstration by around 200 people on the pavement immediately outside the security gates to the street.

Around a dozen people decided to block Whitehall by lying down in the road, and a minute or two later, police moved in to clear the area around them, pushing others back on to the pavement, sometimes with excessive force. I was
hit by the flying body of a man they threw back from around six feet away, but neither he or I were injured. Fortunately I cushioned his landing as he could otherwise have gone backwards head first onto the kerb.

Brian Haw was there taking video of the incident. I didn't his camera being pushed into his face causing bleeding, but did take a number of photographs as he tried without success to make a complaint to the police. He was told he could do so at a police station, but otherwise ignored or even laughed at. I heard later that he had been taken away and arrested.

The first two people who sat down were handcuffed and I think taken to the police van, but the most were simply returned to the pavement and warned they would be arrested if they returned to the road. While people were being removed from the road it seemed as if the police were using 'pain compliance' techniques, but I was too far away to see or photograph clearly. As the demonstrators were brought back to the pavement some officers certainly appeared to be using rather more force than was necessary - and to be enjoying doing so.

More pictures from this and other demonstrations in London on 12 January on 'My London Diary' shortly: