Report and pictures from last Friday's day of campaigning around the city. Pictures are copyright - see web site for details. 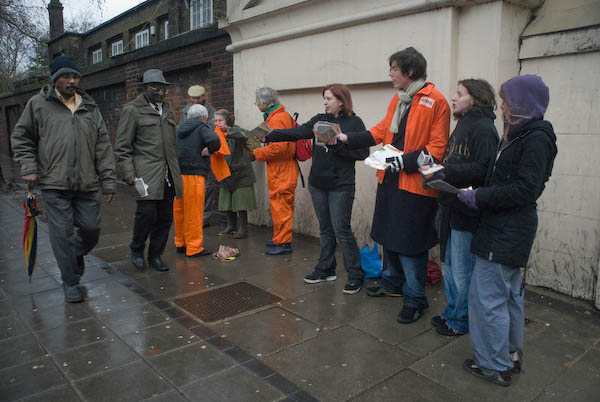 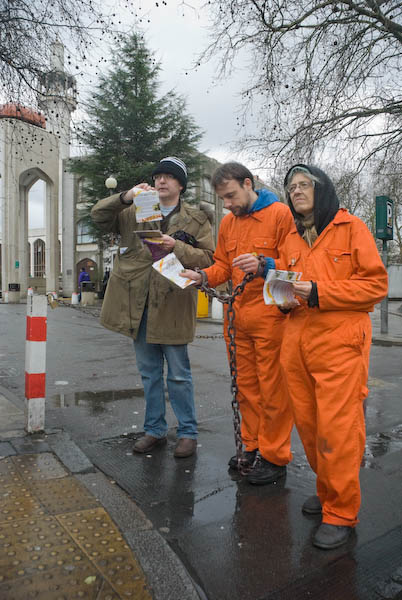 outside the Regents Park Mosque. 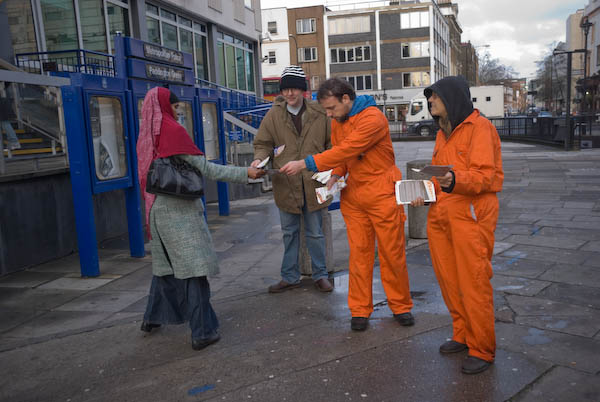 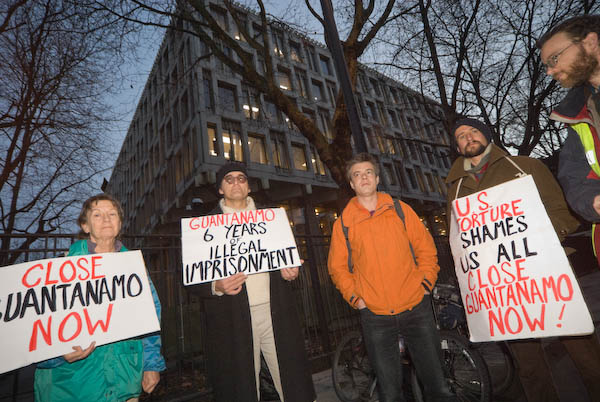 Outside the US Embassy 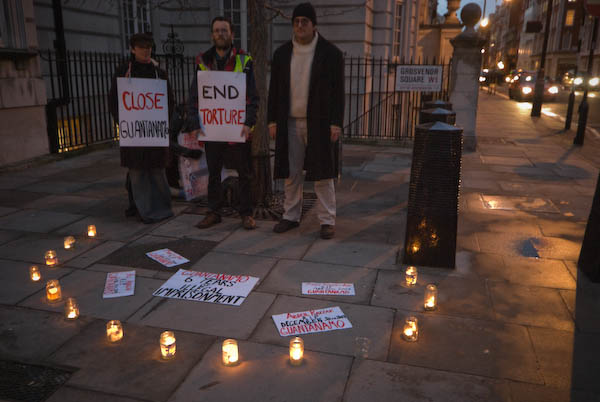 Remembering the dead opposite the US Embassy 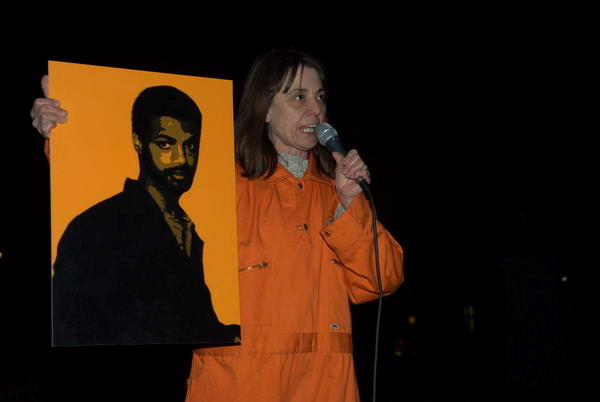 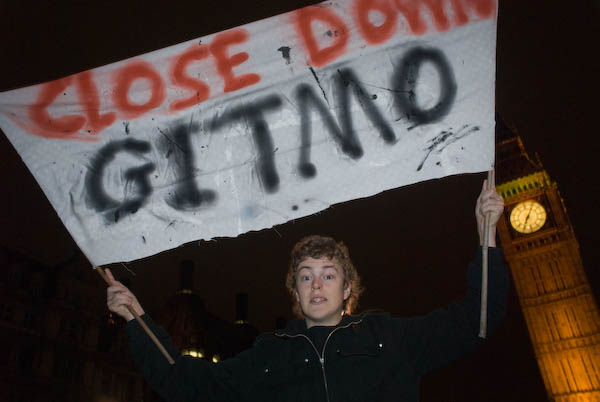 The message is "CLOSE DOWN GITMO" 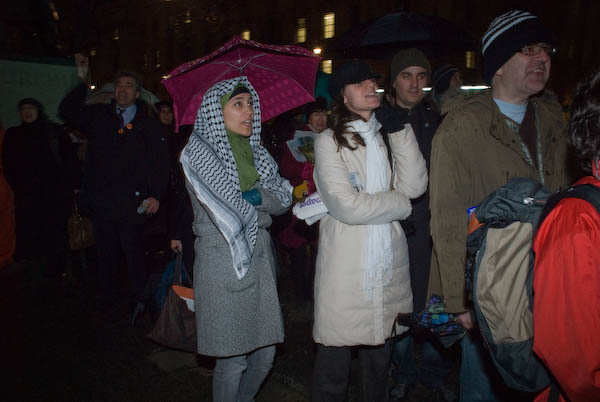 And we all shout it

The London Guantanamo Campaign, together with Cageprisoners, organised a series of protests at carfully selected places around London throughout the day, where leaflets were distributed by people in orange Guantanamo jumpsuits, bringing attention to the continued detention of prisoners there after six years, and ending the day with a meeting at Parliament Square in the early evening.

As so many of the prisoners are Muslim and many have had their human rights absued because of this at Guantanamo, the Regents Park Mosque was one place chosen, and just after I took my pictures, large crowds came out and were leafletted as the prayers ended. Later I photographed some of the same North London group outside Paddington Green Police Station, a rather grim concrete block at the start of the Harrow Road, where suspected terrorists are detained and processed. Other groups were active in a series of similar events across London.

I met with some of the same people again around dusk at the US embassy in Grosvenor Square, where the London Catholic Worker Community had organised a 2 hour vigil, where candles were lit in memory of those who have died at Guantanamo and the names of prisoners were read.

Permission had been obtained for the meeting at Parliament Square, and we were thus able to hear the speeches by former Guantanamo prisoner Moazzam Begg and Victoria Brittain, who wrote with him 'Enemy Combatant: The Terrifying True Story of a Briton in Guantanamo', Andy Worthington, blogger and author of 'The Guantanamo Files', Bruce Kent, Gareth Peirce, MEP Jean Lambert, Yvonne Ridley and others. As well as speaking on the basis of his case work, hip-hop singer Chris Chang also gave us a spirited a capella human-rights rap version of 'Guantanamera'. But perhaps most importantly, Jackie Chase reminded us of the need to continue the campaign, especially for the urgent release of Binyam Mohamed, whose life is thought to be very much at risk because of his mental state.

The evening ended with a surprise announcement that reports by activists from We Are Change UK and The Campaign to Make War History, have forced the War Crimes division of the Counter Terrorism branch at Scotland Yard to set up investigations into 14 criminal offences alleged to have been committed by Tony Blair, Lord Goldsmith and others, which resulted in the deaths of Iraqi citizens during the invasion and occupation of Iraq. Further information is promised at a press conference on Tuesday.