http://www.amnesty.org.uk/) organised an overnight vigil on Jan 11-12 with a Guantanamo-style cage and a mass demonstration to mark six years of this unlawful prison camp and continue the call for its closure. Short text and 3 pictures. Pictures are copyright. 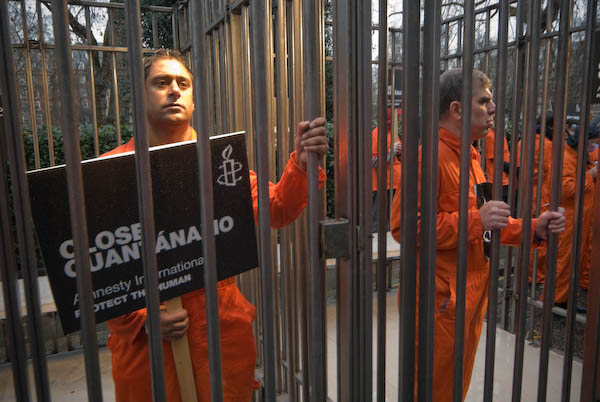 In the two cages 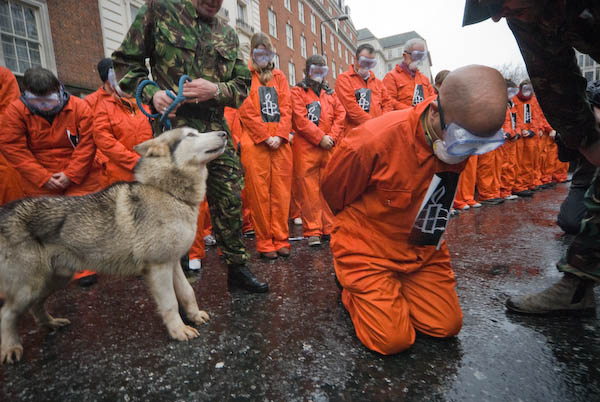 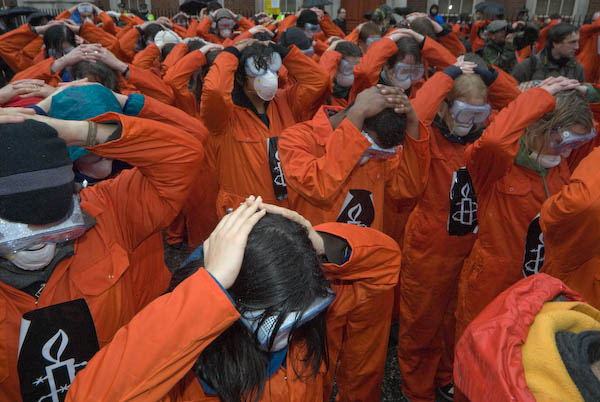 More of the many 'prisoners'

This took place Grosvenor Square, just around the corner from the US Embassy, which appears to have taken over the street which goes along its frontage, presumably as a sneaky way of preventing demonstrations there. Amnesty had a pair of Guantánamo cages there, and had kept up the vigil overnight with a relay of suitably orange-clad 'detainees'.

For the morning session another hundred or two volunteers were similarly dressed, lined up and then harassed by 'guards' with some impressive dogs. It was an event that attracted crowds of media and got Guantanamo into the news again.

As usual, more pictures shortly on My London Diary