Before the trial started, there was a protest / gathering of 20 - 30 people outside the court, to offer their support. Holding banners with the slogan "The Earth is getting too hot. Together we can make it stop", people were ushered away from the immediate court area by the security and a couple of policemen who were there on station, to make sure no one got into any trouble. 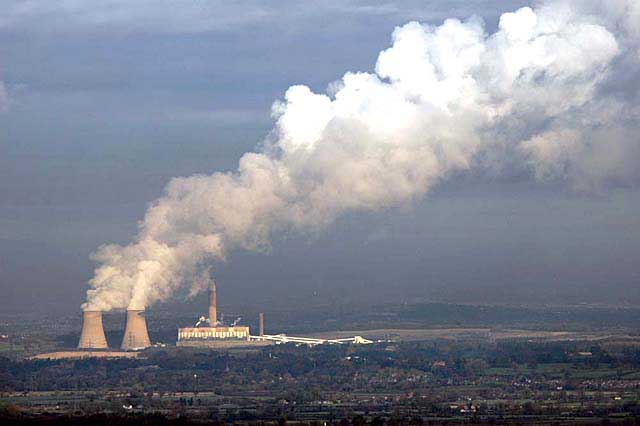 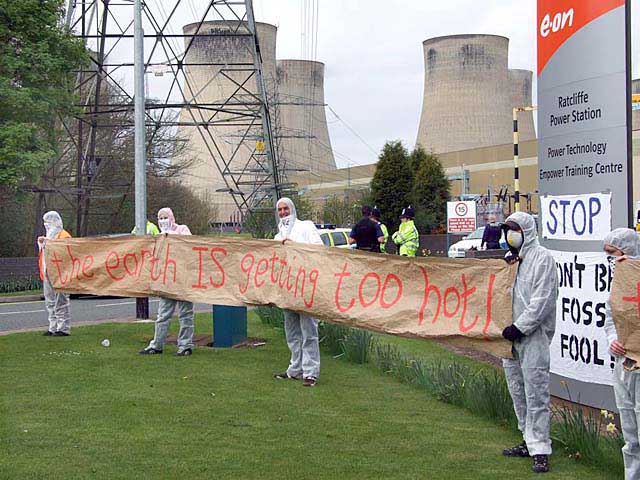 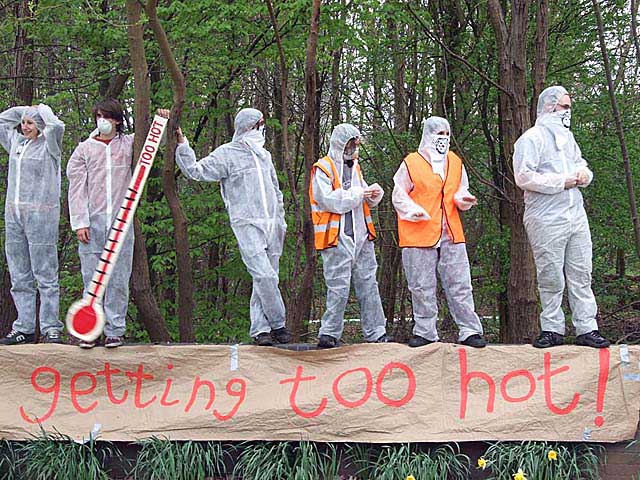 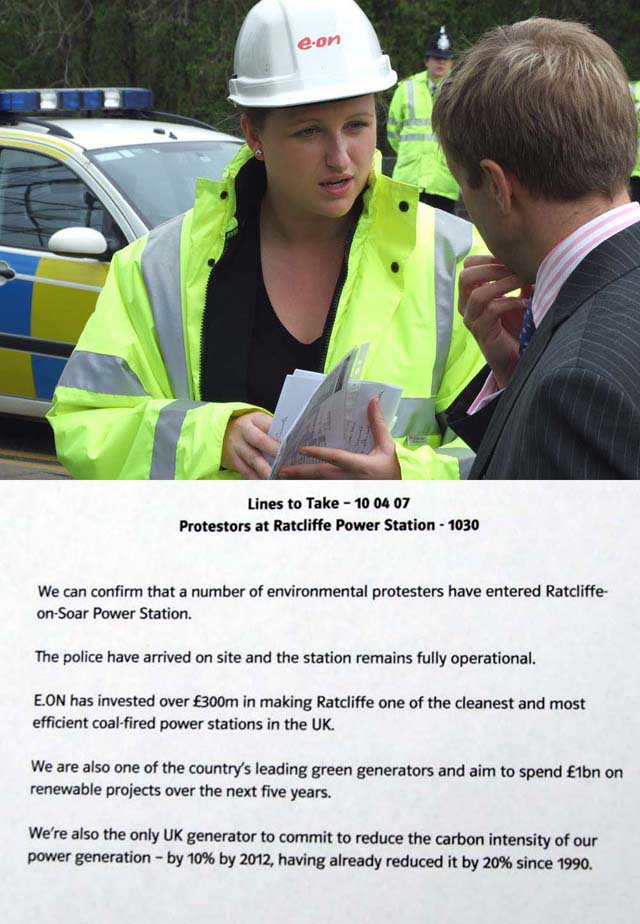 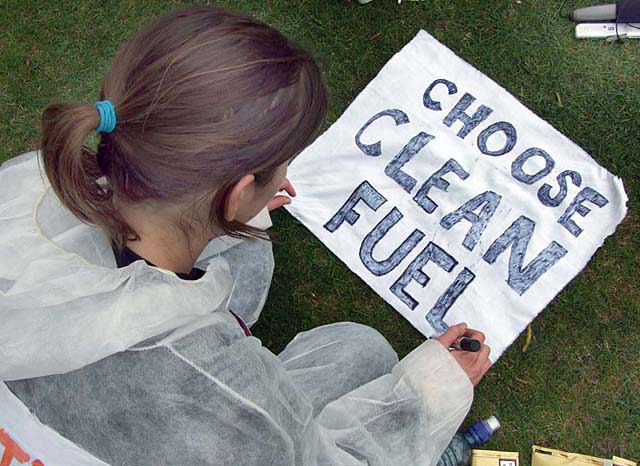 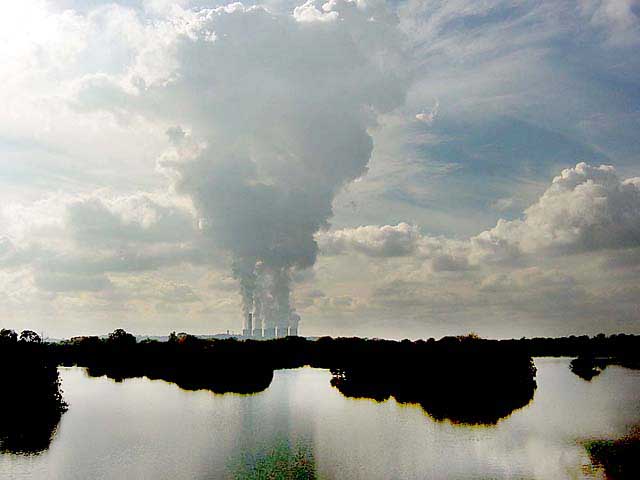 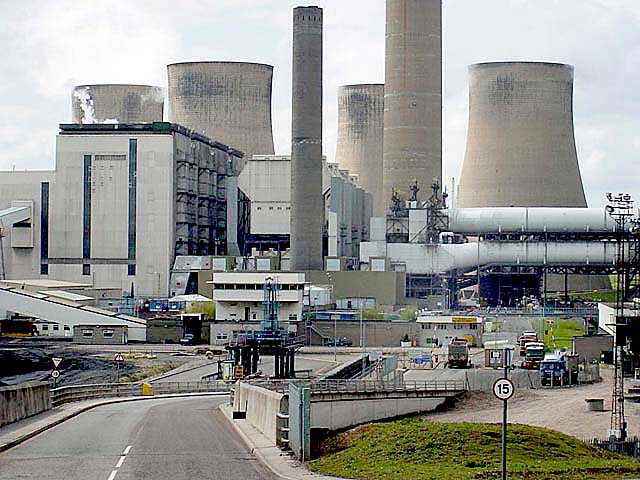 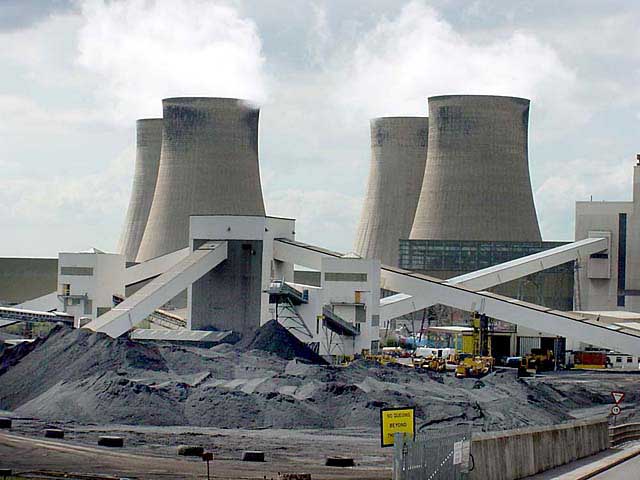 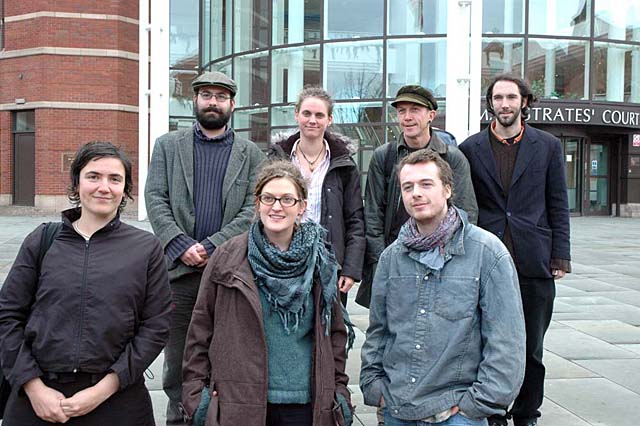 Before the trial started, there was a protest / gathering of 20 - 30 people outside the court, to offer their support. Holding banners with the slogan "The Earth is getting too hot. Together we can make it stop", people were ushered away from the immediate court area by the security and a couple of policemen who were there on station, to make sure no one got into any trouble.

There had been a number of court dates so far, to go through the required administration to distil what was to be decided by the trial.

11 defendants all inspired by the 'Spring into Action' week of events held in a variety of places last April in Nottingham, took direct action at the Ratcliff-on-Soar power station. To physically attempt to stop its operations and draw attention to the burning of fossil fuels contribution to CO2 emissions and thus its impact on climate change.

All are charged with 'aggravated trespass' an offence under section 69 of the Criminal Justice and Public Order Act 1994. In that they trespassed and then disrupted people engaged in a lawful activity. Previous argument required a re-specification of the charge and had to enter the words " and entered into buildings ......". All 11 had previously pleaded not guilty.

They are employing the defence of necessity. Their actions were 'proportionate fearing peril of death and / or serious injury' by the plants contribution to climate change.

Mr Cunningham for the Crown Prosecution Service opened the case describing the events of Tuesday 10th April 2007. Accepting that it all was non-violent and was generally good-natured, his case appeared to be that if the defendants really thought themselves at peril, then their actions would have been far more forceful and vociferous! He pointed out that in a democracy, we could expect the institutions of the state to look out for the citizen interests. Direct actions were thus not required.

So it seems then we just need to write to our MP's !

The first witness called was Mr Raymond Henry Smith: Power Station Manager.
He was first aware of protesters presence on the site at about 9:15am. He went to the control room and there was informed people were chained to coal conveyor in the coal plant area. Others were chained to the 'trash screen filtration system' [device to filter out large coal lumps]. For health and safety reasons, all coal moving plant was stopped and disabled.

Because the station had previously been off-line after the Easter bank holiday and thus reduced demand, they had a full stock of coal.

However, people were locked onto the conveyor that took coal from stocks to the storage bunker. Thus the station was able to continue in operation using what remained in the bunker. Depending on the burn rate, there were perhaps 5 hours of supply available. Marketing Department of E-On management thus instructed the starting up of another power station, 'Ironbridge' which for technical reasons takes a number of hours, burning a substantial amount of oil to 'warm it up'.

Ratcliffe Station has 4 generators producing 2000Megawatts. Only some of this capacity was on load at the time and was being progressively reduced. But should the protestors have remained there for very much longer, it would have resulted in the complete shutting down of the operations. Mr Smith agreed that the loss of generation capacity would have also implied a reduction in the amount of CO2 emitted. He pointed out though that the firing up of the Ironbridge plant required some £16,000 of oil thus creating an associated amount of emission, but the plant didn't not get round to generating any replacement energy before protesters where removed and Ratcliffe came back on-stream.

It was put to Mr Smith that the Ratcliffe station was the 3rd largest emitter of CO2 into the atmosphere from the UK. He disputed this, but didn't have the figures available to him. The defence had earlier asked for the production of statistics, records and general management figures on the operation of the plant, but he had not bought them with him. When pressed said: "he hadn't had the time to produce them". He did say however that emissions are within those set out in government legislation. These target operate company & nationwide rather than those from individual stations. They make monthly returns to the Environment Agency and Ratcliffe has benefited from hundreds of millions of pound investments in attempt to reduce emissions.

Further, he didn't recognise other figures put to him from CARMA - Carbon Monitoring for Action [

http://carma.org ] that suggested 12.8 million tons of CO2 emitted by coal fired burning, but said it depended of power outputs. He agreed renewables were still quite a small proportion of total generations by E-On. He declined to say anything about the companies nuclear ambitions for the future.

Power stations possibly have a shelf life of 25 years. Ratcliffe is now 40 years old, but frequently upgraded. He didn't agree with James Hanson of NASA who had said that coal-fired burning should be abandoned altogether.

Next witness was Mr Christopher Marsh: Assistant Shift Team Leader
He attended a briefing re the protest and had been designated as the "incident controller". On visiting the location, he saw 4 policemen in attendance and 3 protestors at the base of the junction tower [the confluence of the coal conveyors]. Others were chained to the trash screens [large object capture filter] and the hand rail. More were D-locked onto 'fire protection pipe-work and the top of the tower. Mr Marsh said some of these places were very unsafe and negotiation took place asking people to re-locate. Later he said, police took control and were supported by E-On staff.

Mr Marsh agreed that if protestors had stayed where they were for longer, this would have resulted in the plant operation coming to a close. Further, that the action did directly result in a reduction of CO2 emission from Ratcliffe. No other staff at the power station were disrupted in their activity and hence they were quite targeted in effect. A lighter moment was when he was asked to 'put himself in the protestors shoes', could they have done anything more to remain there longer. "No" he said, "They were doing their best!"

Last witness of the day was Mr Nicholas John Holick: A Service Engineer.
His duties included being 'Head of Security'. He was responsible for co-ordination of the security effort, but had not actually attended the locations within the plant. He had said that the plant was 'quiet' in that the operations of the conveyor had stopped, that this, when operating, could easily be heard from outside of the buildings.

He was asked if had heard how protestors had got onto the site. They just walked onto the site via road 22 and road 6. No fences or gates were climbed. A weighbridge attendant did see people coming and expected them to arrive at his office where he would have told them they were coming in the wrong entrance. But then they just walked past him! He could not confirm the reports that some security were reading the paper and drinking tea.

The case was adjourned until tomorrow, went we will hear the principle defence expert witness; a climate scientist, and Royal Society Research Fellow.