In the Philippines, one of the poorest countries in Asia, 40 percent of the people live in poverty. Conditions there have sparked a large radical movement, heavily repressed by the government. 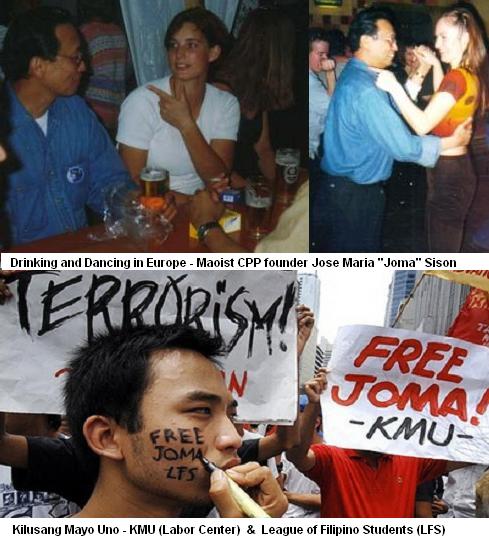 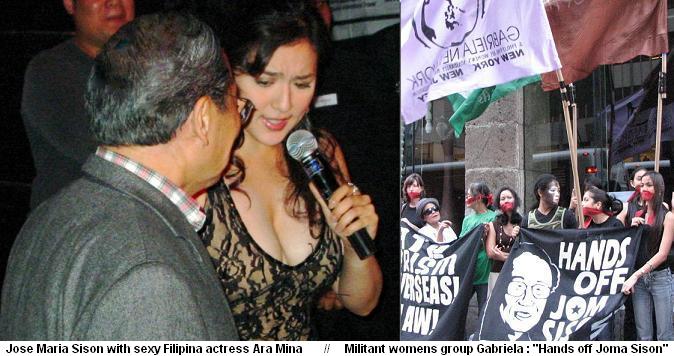 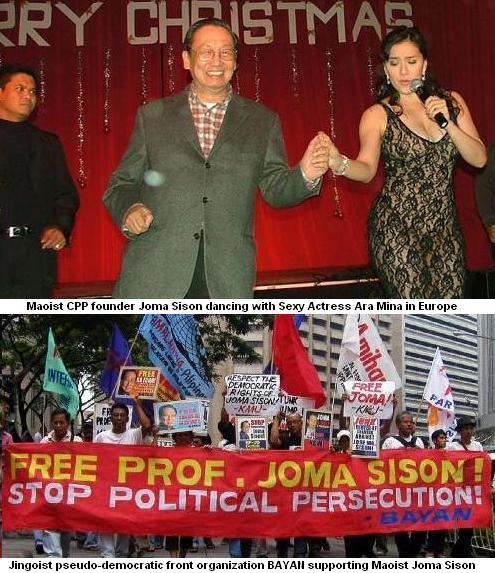 The “war on terror” has provided an excuse for new onslaughts on the Left. The Communist Party of the Philippines reports that 50 socialists, striking workers, journalists, peasant and church leaders and others have been assassinated, terrorized or abducted just since November 2004. The CPP is working to focus attention on these crimes.

Yet, at the same time, the CPP is itself sabotaging the movement through sectarian violence, as it conducts a campaign of assassination against its political competition. Philippine activists who call for an end to this suicidal policy need international support.

Socialism by and by.

The Maoist CPP started as a split from the Soviet-affiliated Philippine Communist Party in 1968.

Led by José-Maria Sison, now living in exile in the Netherlands, it holds the classic Stalinist position of “two-stage” revolution for Third World countries. First, the national capitalist class must lead a bourgeois democratic revolution (like those in the U.S. and France in the 1700s); only at some indefinite time afterward can a struggle for socialism begin.

The CPP emphasizes rural guerrilla warfare and downplays the political role of workers, even though they are 55 percent of the population. It attracted massive support during the Marcos dictatorship, but declined after the establishment of bourgeois democracy in 1986. Its reliance on capitalist politicians led it to support the candidacies of presidents Corazon Aquino and Gloria Macapagal-Arroyo, albeit critically.

CPP violence against leftists started with attacks on its own members during a witch-hunt for government infiltrators during the 1980s. According to former CPP chair Rodolfo Salas, the New People’s Army (NPA), the military wing of the CPP, tortured and executed an estimated 1,800 cadres and civilians.

Then, starting in 1992, a series of splits and expulsions rocked the CPP, and new radical formations proliferated. Since then, the CPP/NPA has been eliminating the competition by assassinating these groups’ leaders. The First Quarter Storm Foundation, an organization of activists from the martial law era, knows of 30 killings just in the last four years.

The murdered include leaders in several groups, among them the Revolutionary Workers Party and its military wing; the military wing of the Revolutionary Workers Party of Mindanao; and a faction of the Cordillera People’s Liberation Front. They also include two regional representatives of Akbayan, a broad left electoral party; a peasant organizer with the agrarian reform group UNORKA; and numerous leaders of the Marxist-Leninist Party of the Philippines.

A December 2004 story in Ang Bayan, the official CPP publication, includes a chart of “counterrevolutionaries” that names virtually all of the left organizations outside the CPP and “accuses” them of being either Trotskyist or social-democratic. It also lists individuals, some of whom have been killed.

Pierre Rousset of the Trotskyist Fourth International has written several articles about the assassinations. In an April response, Fidel Agcaoili, Human Rights Committee chair of the CPP-affiliated National Democratic Front, tacitly admits to CPP/NPA responsibility for several killings. He claims that in these cases the victims were spies for the Philippine military, death squad members, etc., and thus were legitimate military targets.

Similar arguments were made by FMLN leaders in El Salvador who ordered the killing of poet Roque Dalton during the civil war. These same leaders have been forced to make a public apology for this and other assassinations of dedicated revolutionaries.

Numerous articles defending the murdered Filipinos maintain that Agcaoili’s charges are lies and that, in any case, the victims had no opportunity to face their accusers.

Agcaoili maintains that people were not killed for political reasons, yet he details their political “sins.” He recycles the classic Stalinist slanders against Trotsky used to justify the killing of Leon Trotsky himself, saying:

“A word about Trotskyites.… At worst, like Trotsky himself, [these pseudo-revolutionaries] receive funds from the imperialists to specialize in penetrating progressive movements and attacking communist parties… to bring the movement to a cul de sac of reformism and anti-communism.”

The CPP has ordained itself as the one true representative of the Filipino people, and is enforcing this by assassination.

The Freedom Socialist Party and its sister organization, Radical Women, extend this kind of solidarity to the CPP and groups associated with it, despite our divergent politics. The FSP and RW helped pass a resolution at the King County Labor Council in Washington state condemning the killings of striking Filipino workers. RW also endorsed U.S. vigils against official repression in the Philippines called by GABRIELA Network (GABNet), a U.S. organization in solidarity with the Filipino women’s organization GABRIELA.

But the mass organizations affiliated with the CPP say that support must be unconditional. For example, when Seattle RW and FSP members raised the issue of the killings by the CPP, national GABNet leader Ninotchka Rosca said she “won’t allow people to second-guess the Philippine revolution.”

But activists both in the Philippines and abroad are speaking out. Liddy Nakpil, an organizer against global poverty listed in the Ang Bayan chart, says, “Those of us who dare follow a different path toward revolutionary change witness what the CPP leadership is doing … squandering whatever gains and successes were achieved in all these decades of struggle” and bringing “terrible harm to the socialist cause.”

Any organization that thinks it can build a road to revolutionary triumph on the bones of its left opponents is not only criminal, but delusional. One of the main complaints that working people lodge against left organizations, and understandably so, is sectarianism. The fate of groups who ignore this is isolation and irrelevance.

The opposite of this path is the building of united fronts of workingclass organizations that identify shared positions, debate disagreements openly and democratically, and take action against the class enemy as one. And these can only be built on an overwhelming rejection of violence by one avowedly revolutionary group