We demand the immediate release of our comrade, Adam Pazuryna, from arrest. Adam has been held in Bialoleka jail in Warsaw since late December. He was arrested on bogus charges during a useless and unprovoked police action on May 16, 2005. Protestors had just finished a demonstration during the Council of Europe Summit in Warsaw and were about to just go home when the clowns in badges decided to arrest people. As usual, nothing at all was going on at the moment of arrest, so cops were just harrassing people at the end of the protest and looking to pick up some random people just to score some arrests and to show that protesting is not to be tolerated. 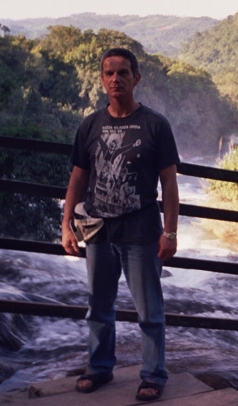 The police drove the arrested to an unusual holding place where they denied that anybody was being held, despite the fact that the police van was seen entering the place. The 11 arrested were kept in detention in a garage overnight and many standard arrest procedures were ignored. Adam was beaten at the police station; a cop smashed his head against a chair. He was given medical treatment afterwards for these injuries.

Police claim among other things that they started to arrest Adam because he refused to identify himself. Although initially none of the activists wanted to identify themselves, Adam is shown on video to be idenifying himself to the police.

The police had wildly different accounts of the events. On the video produced as evidence, police are shown to be videotaping the incident. The court asked the police to provide their videos and substantiate their claims, but they haven't done it. A court then decided that Adam was wrongfully arrested.

Despite the wrongful arrest, in this crazy system, that doesn't get your charges dropped. Adam would have to still go to the trial, despite the fact that the court found he was wrongfully arrested!

Adam had to then "behave himself" - that is, get a job and report to the police station in a supervision regime. In short, an unjust pain in the ass. In addition, it would prevent Adam from looking for better employment in another city. So Adam decided to fuck it. A warrant was issued for his arrest.

We demand his release since the charges are bogus and the whole case should be dropped, not only against Adam, but against all the others arrested on that day!