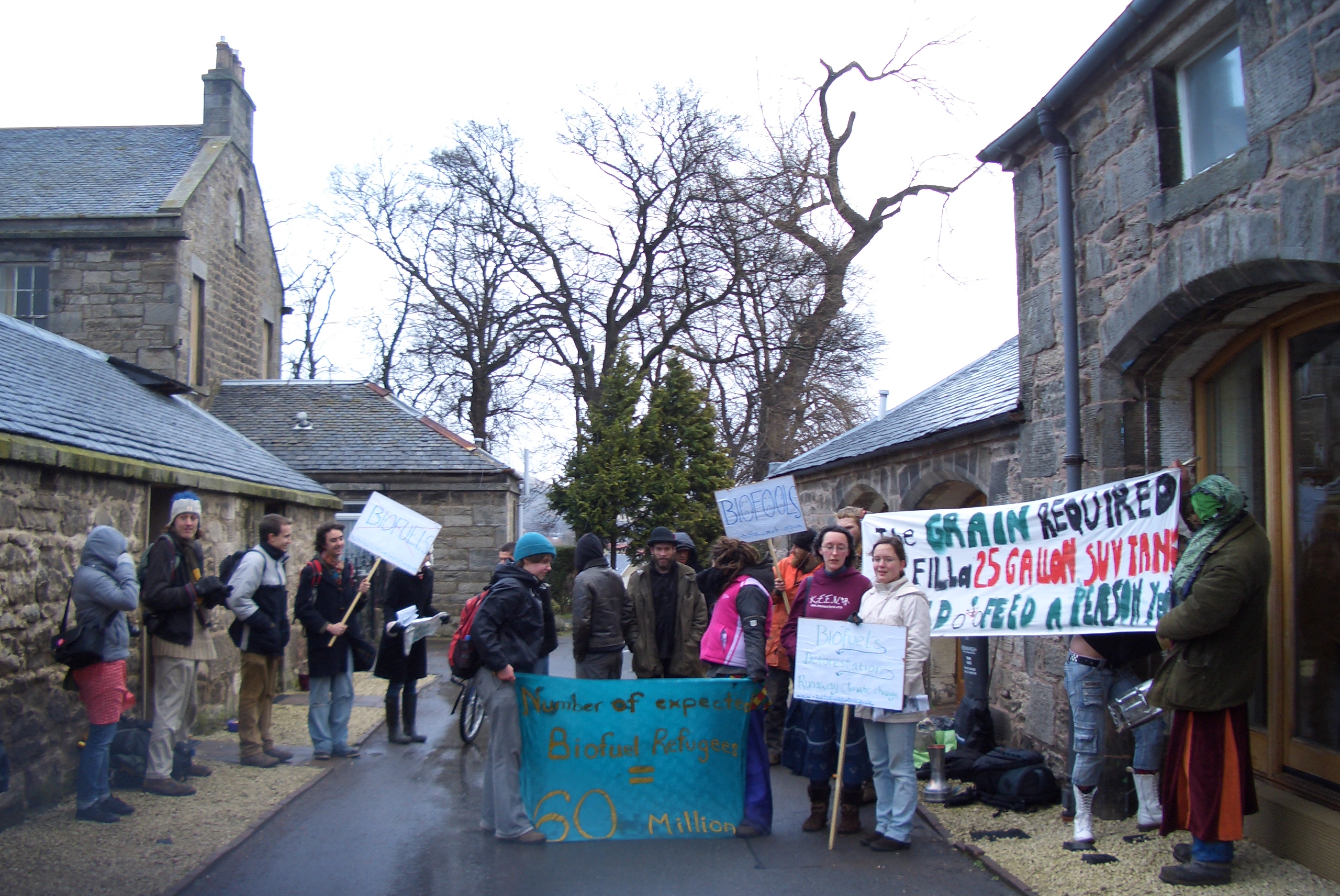 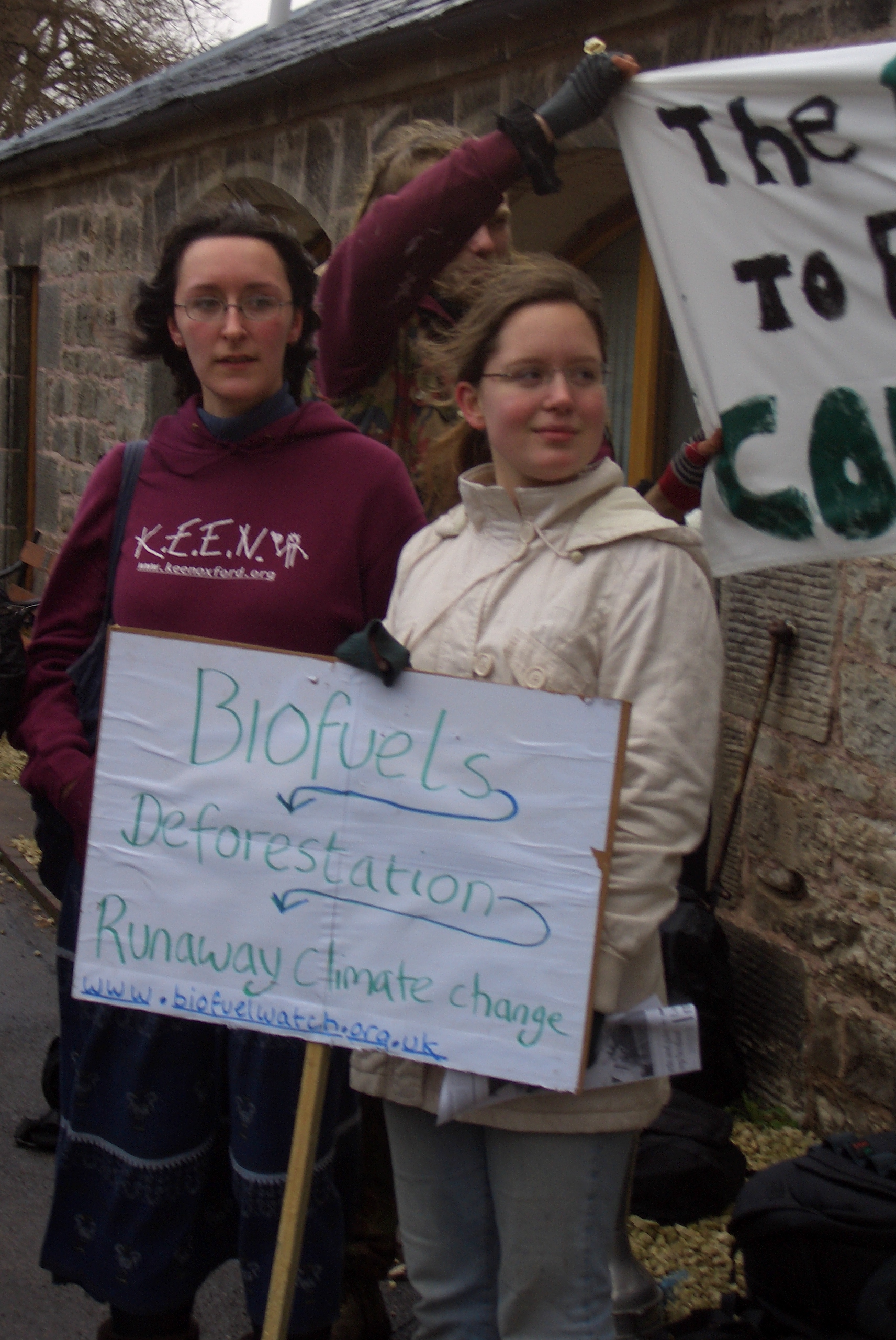 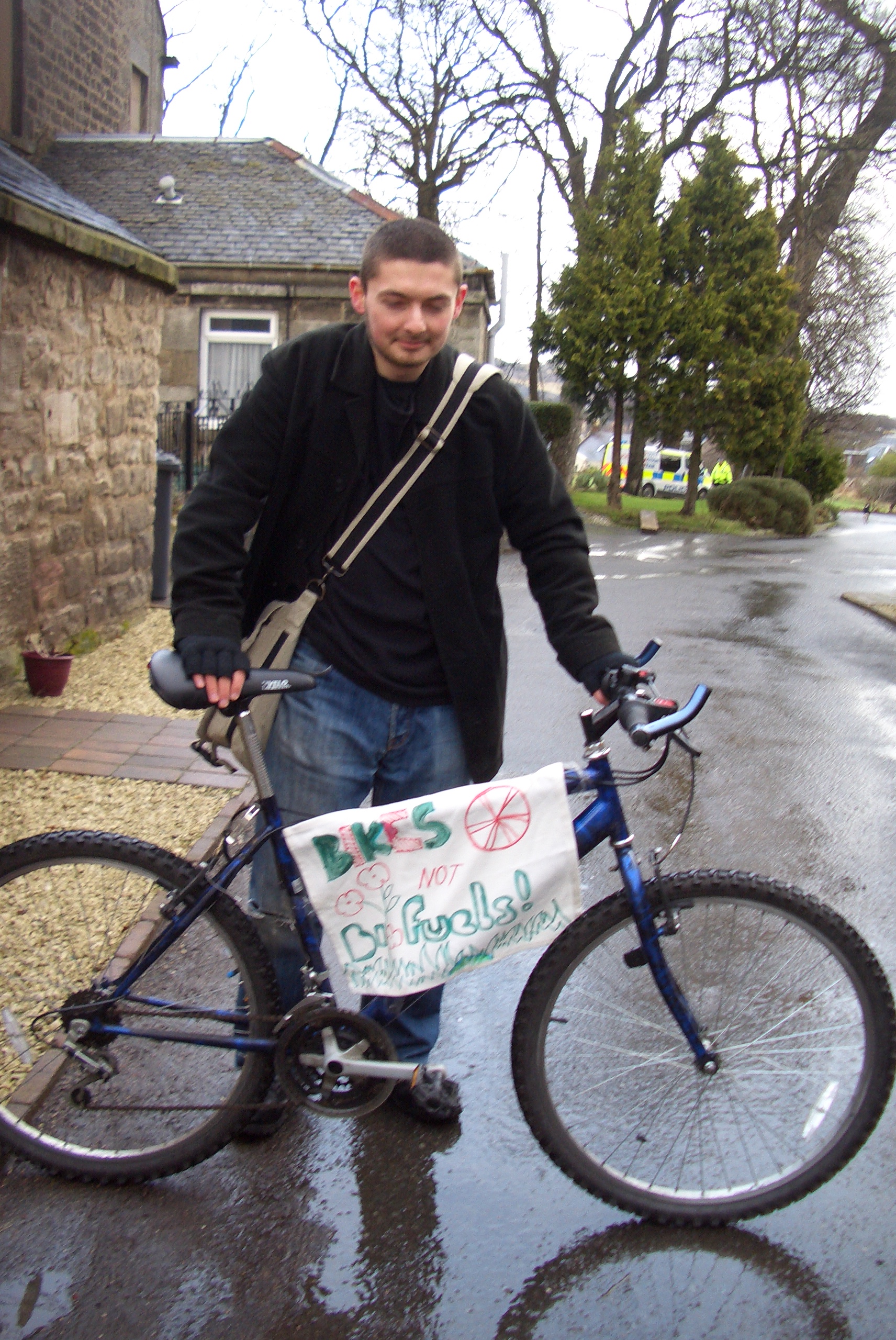 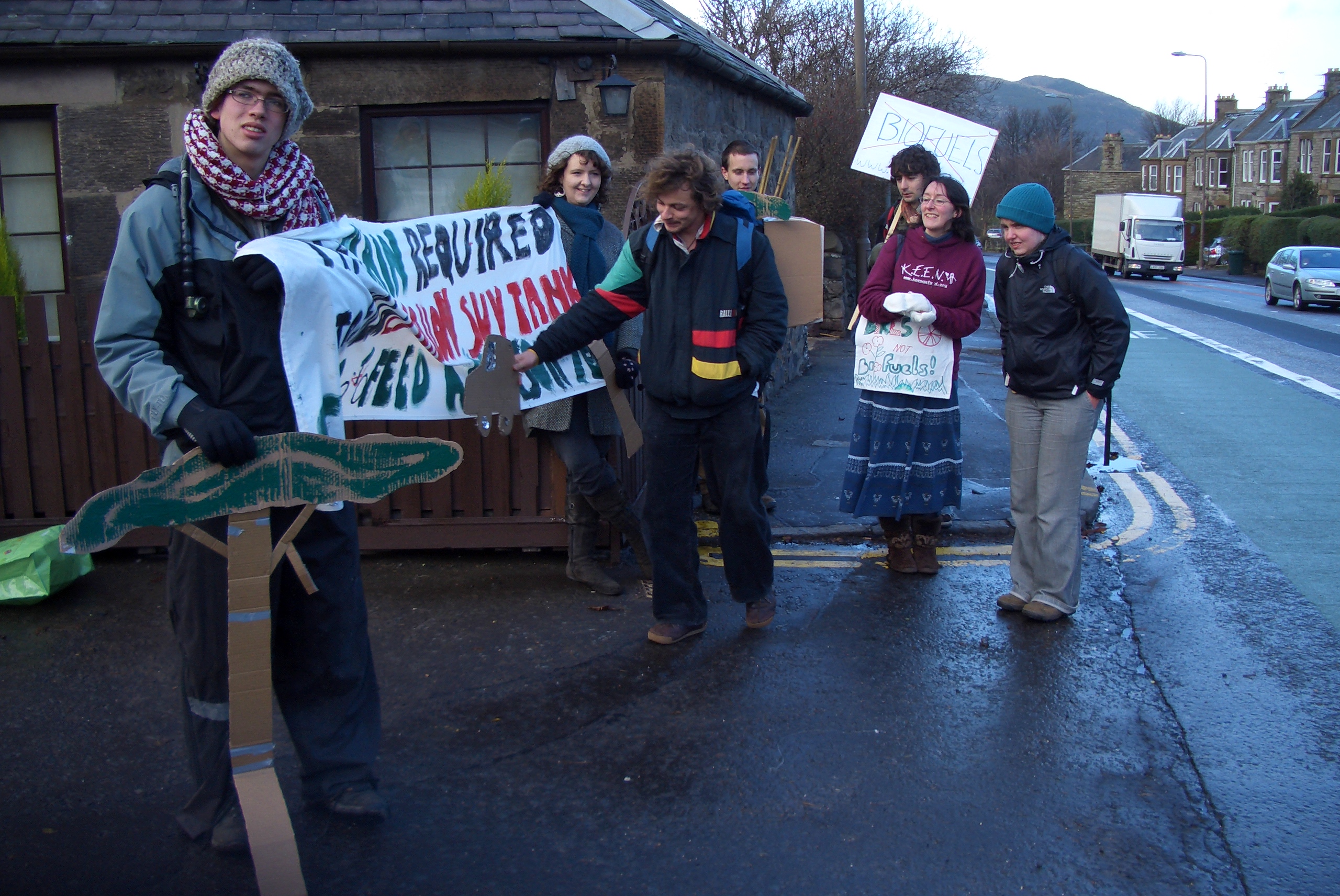 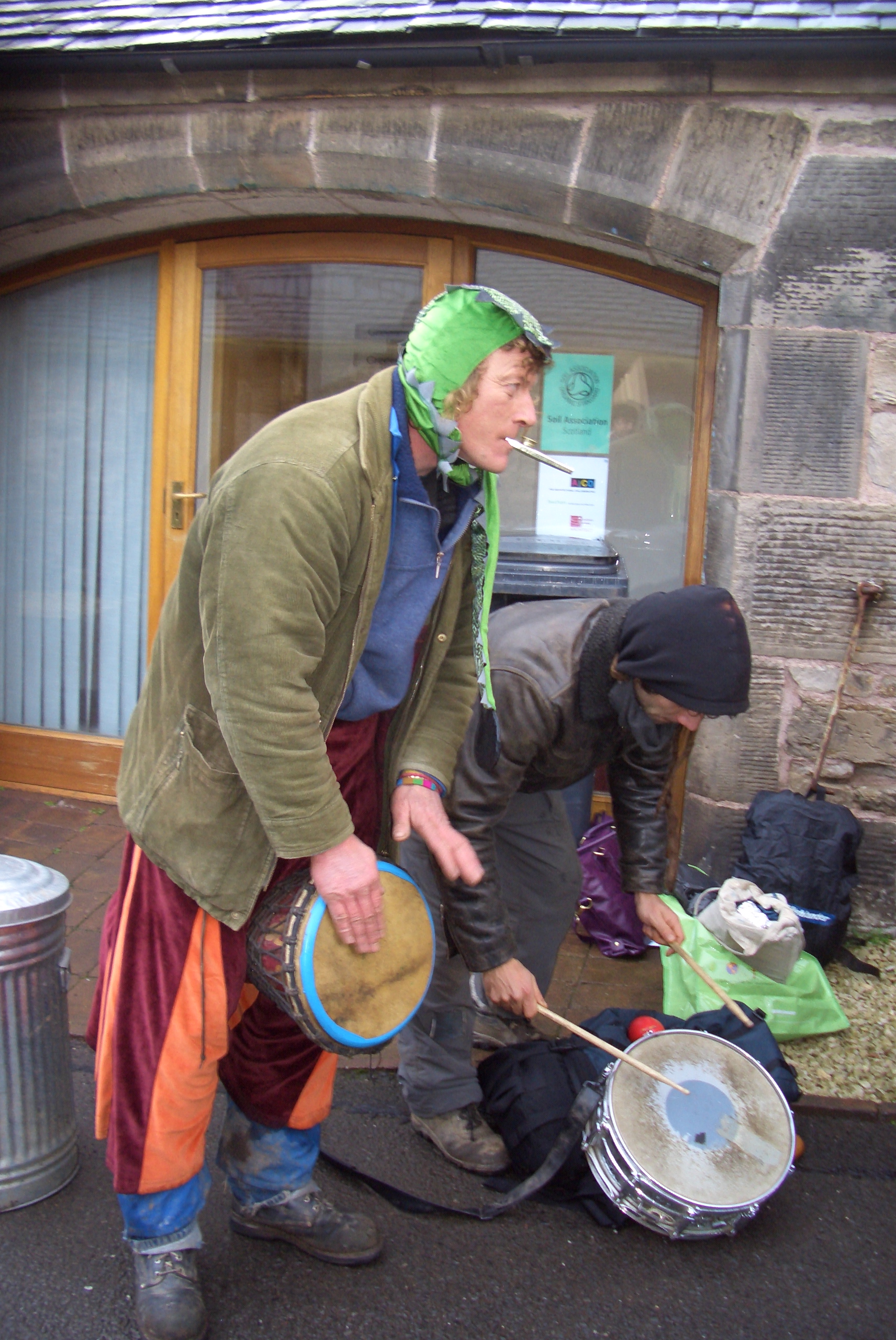 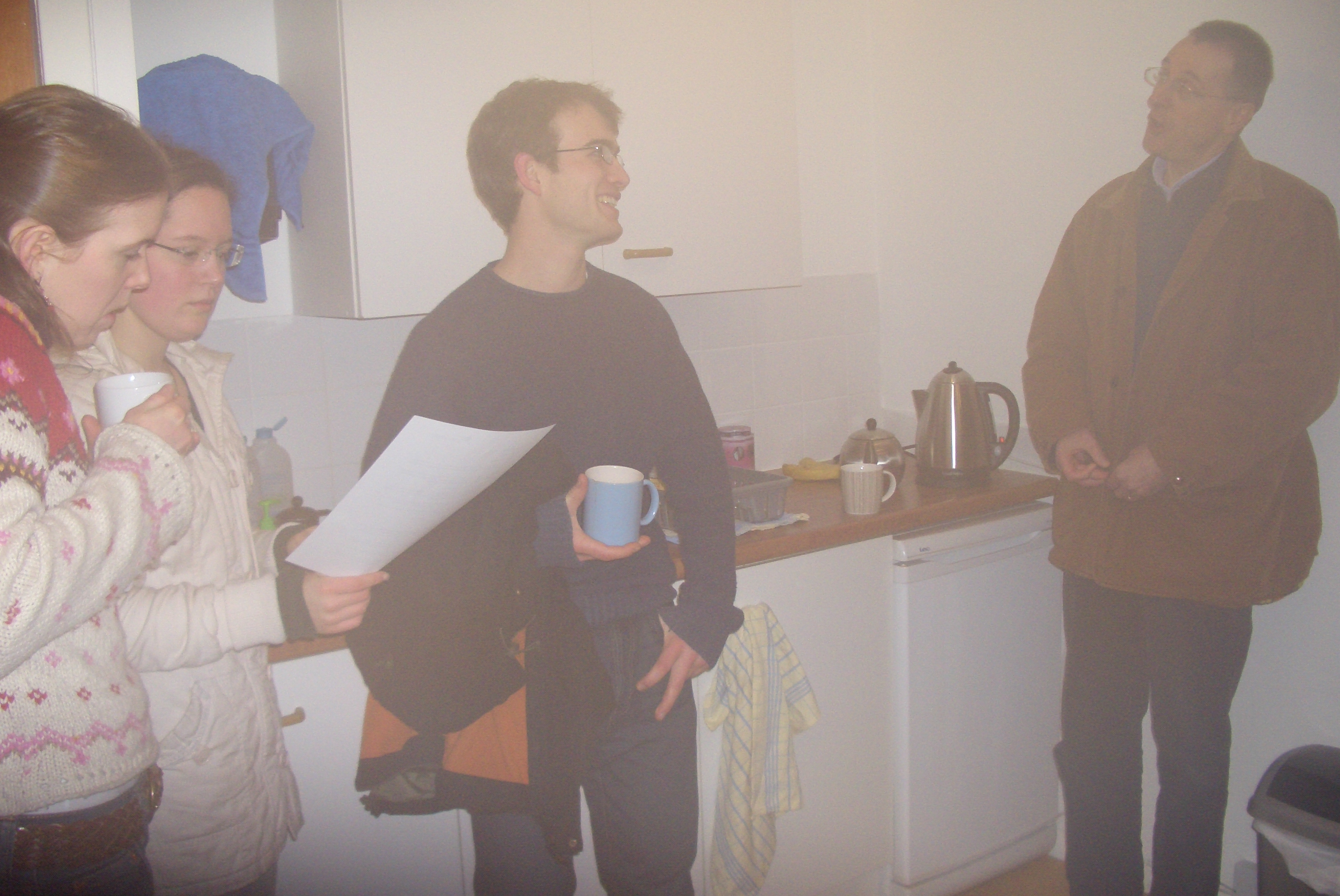 tea with the Greenergy man

As part of a UK-wide week of action against large-scale biofuel plantations, there was a protest on Thursday 31st January at Edinburgh's Greenergy office. The previous day, London had staged a similar event at Greenergy International.

15-20 protesters braved the snow blizzard on Thursday afternoon and headed to Greenergy's Edinburgh office. We held banners reading "Biofuels fuel climate change", "The grain required to fill a 25-gallon SUV tank would feed a person for a year" and "estimated number of biofuel refugees: 60 million".

We were greeted by media crews and Alex Smith, the director of Greenergy International to whom we handed a letter outlining our concerns about Greenergy and biofuels. A group of us took him up on his offer of a cup of tea and chat. This was less than satisfying, as he would only say what was written in his press statement which made points such as the following:

Although he admitted that there were concerns over biofuels and that debates needed to be had, he did not give straight answers to our questions. However he did say we could arrange a debate with him in London.

We later went to the students union centre at King's Buildings, one of the University of Edinburgh campuses and gave out leaflets to students. Despite the snow, hail and rain, it was an interesting and enjoyable afternoon with lots of drumming and percussion... We are keen to follow this up with more awareness raising and campaigning against the devastation to be caused by the EU's biofuel targets.