A dozen or so protesters braved the cold, the sun, and stroppy Tesco managers to draw attention to the increasing use of biofuels that wreck the environment and drive up food prices, most often in the developing world. The protest came at the end of a week of action called by biofuelwatch.org.uk.
Police were in attendance, but soon left, leaving Tesco staff so concerned about protester's safety that they repeatedly threatened to call the police when they stepped onto the forecourt. They finally got so fed up that just as we were about to leave they asked us to leave, in the process delaying our departure. 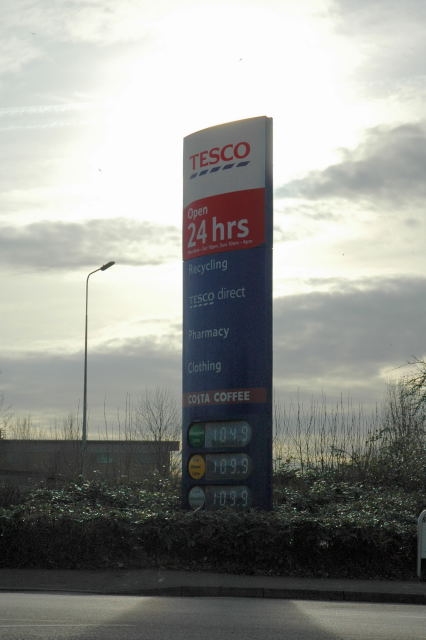 The action was held at Tesco's store in Milton, just north of Cambridge. 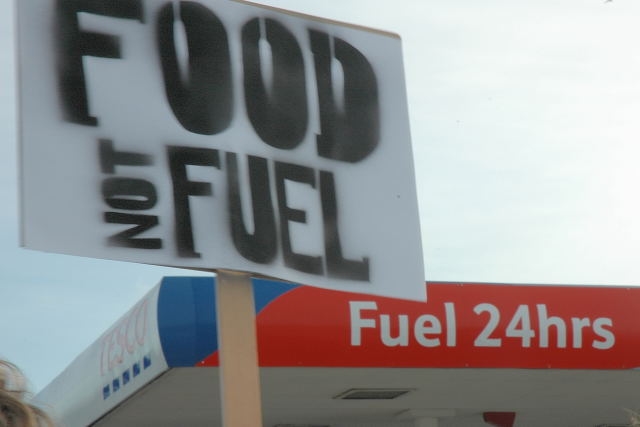 The chosen slogan was Food Not Fuel. 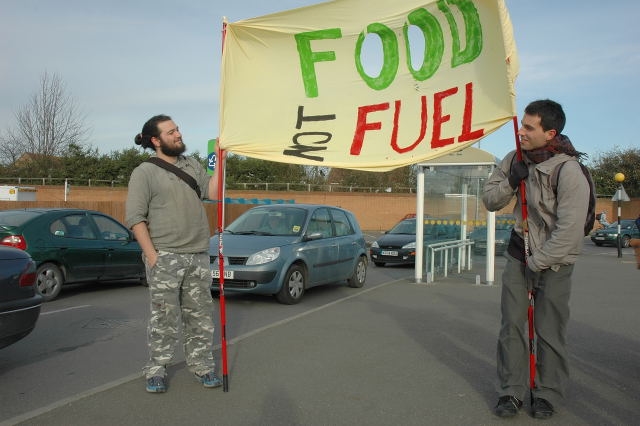 A banner drew the attention of passing shoppers. 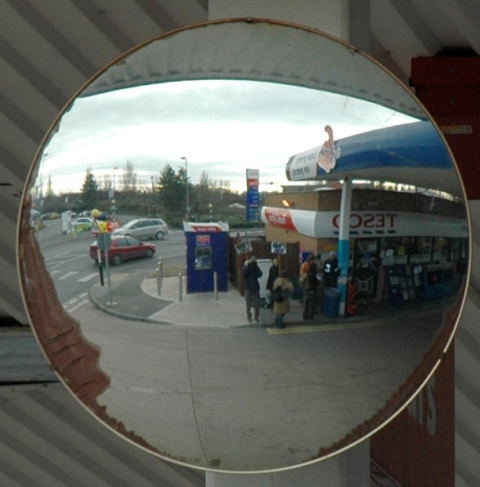 Leaflets were handed out to motorists at the filling station kiosk. 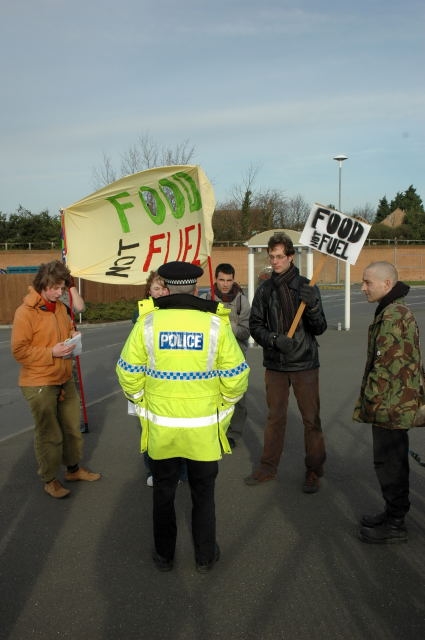 Copper bemoans the size of our banner. 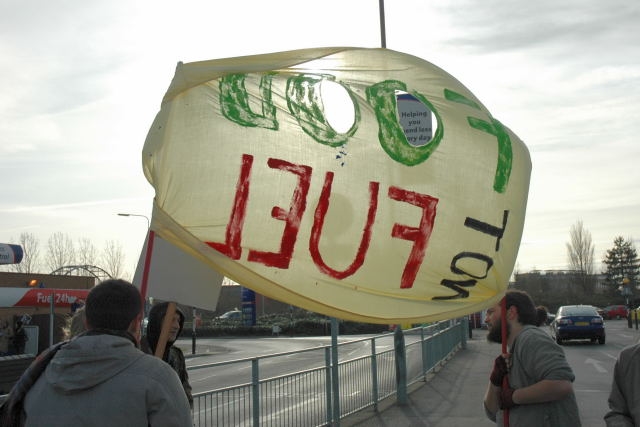 At first the sun kept us warm. 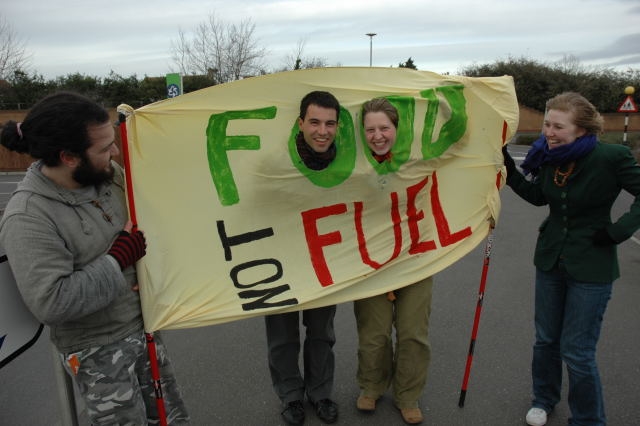 Funny anecdote: Chris, pink-tied Tesco head-honcho, got very agitated when a picture was taken of him, saying that he hadn't given permission for that. He demanded that the picture was deleted, then wanted to see it! (The words sharp, tool and box spring to mind.) He and his colleagues then went on to take pictures of us, without our permission.