Cheltenham Friends of the Earth organised a peaceful good-natured banner protest at Tescos, on 26th January to coincide with the World Social Forum’s “Global Day of Action". Campaigners in America were protesting against agribusiness, including large agrofuel refineries. 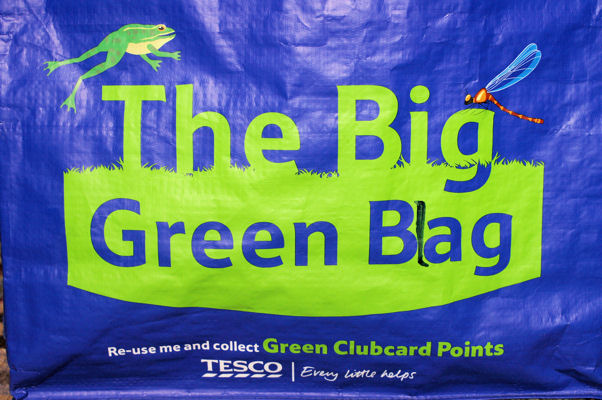 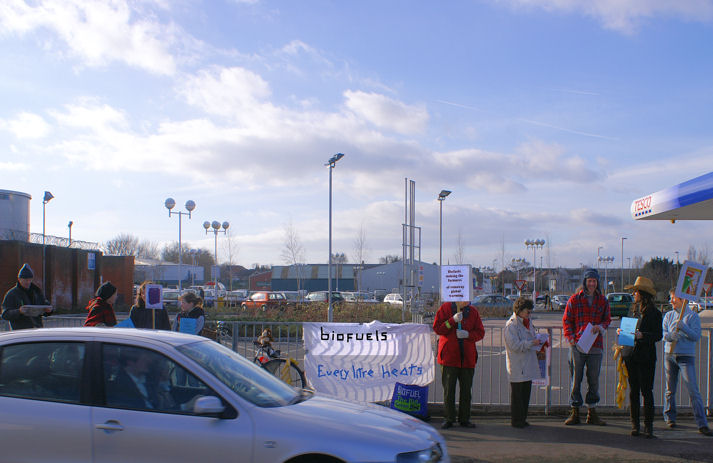 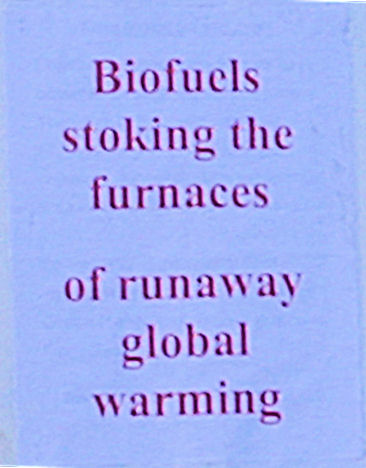 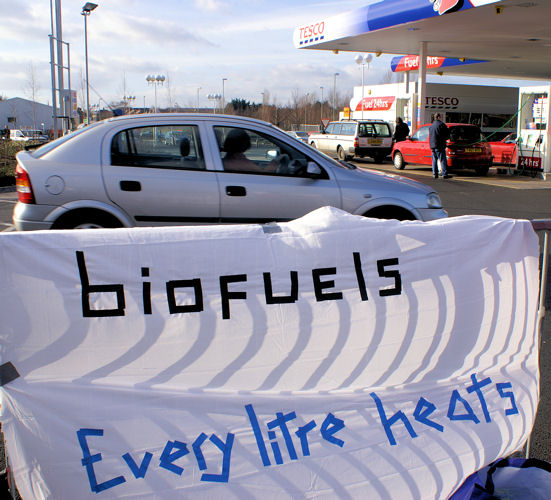 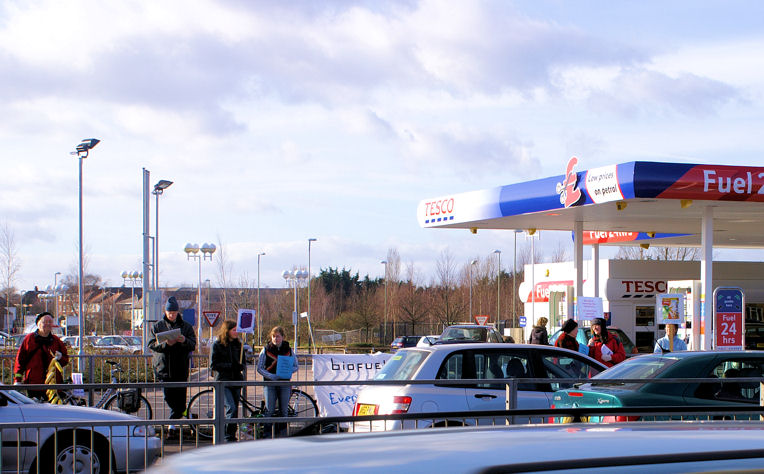 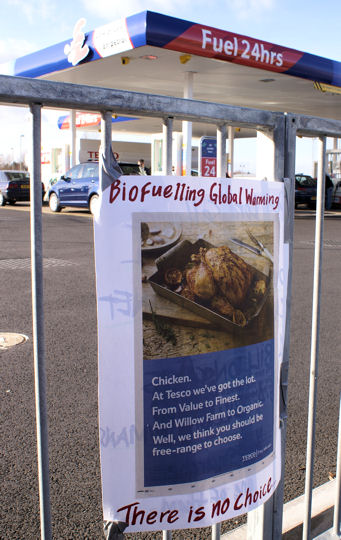 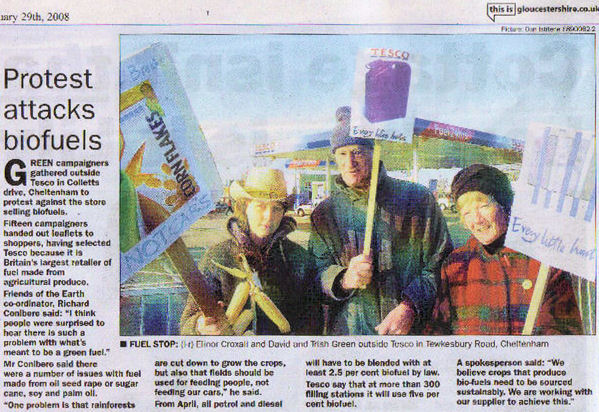 Since regency Cheltenham Spa is lacking in large scale industrial carbuncles converting the globes biosphere into liquid transport fuels, Tesco was the natural choice to highlight biofuels role in increasing climate change. Tesco wasn’t chosen because of their pernicious takeover of clonetown UK-plc (although that would be a good enough reason) but because they are the UK market leader in biofuels and own a 25% stake in Greenergy, who import palm oil, soya and sugar cane from the tropics.

It is said that the sun always shines on the righteous. Fifteen campaigners largely from Cheltenham Friends of the Earth, with support from Gloucester Campaign against Climate Change enjoyed the bright winter sunshine and handed out 300 leaflets to the curious and concerned to the dis-interested. The softly-softly catchy-orangutan approach worked well. Campaigners had a good natured approach to dialogue with Tesco management and security, who went from considering having us removed from a public highway(!?), to suggesting we stood in the entrance of the petrol forecourt shop to hand out our leaflets.

Recently, Tescos, had thoughtfully moved their filling station from a plot where it could not be easily seen from the main road into Cheltenham from the M5, to right next to it. This allowed us maximum visibility and an opportunity to leaflet motorists waiting at the traffic lights. When the local papers photographer turned up, those leafleting the store, car park and forecourt re-grouped for a photograph. The local paper, as you will see chose one showing a fifth of our contingent. Cheltenham FoE, were buoyed by the success and subsequent press coverage, that they will be taking part in April Biofools Day.