On Saturday 2nd February, five hardy souls from Greenpeace, The One Tonners and Camp Hope joined a gorilla in chilly Stroud to protest against Tescos involvement in the destruction of our carbon sinks. 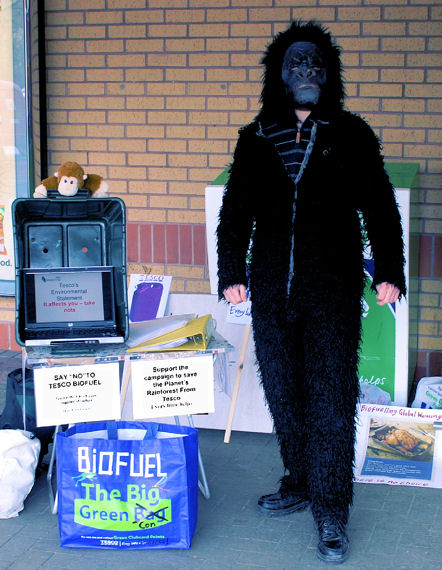 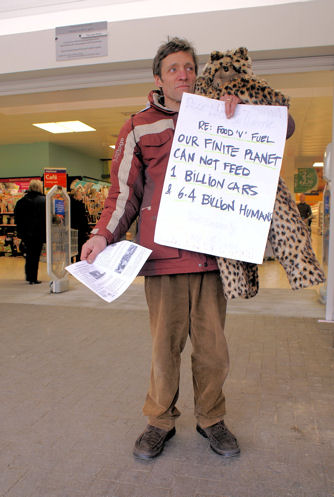 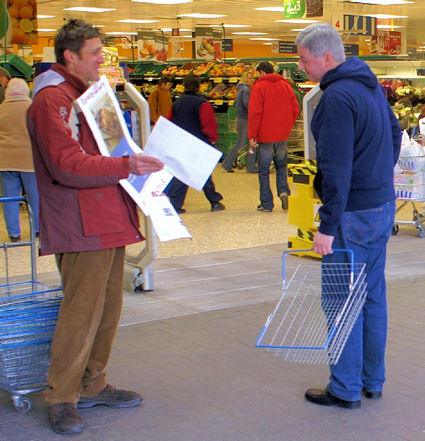 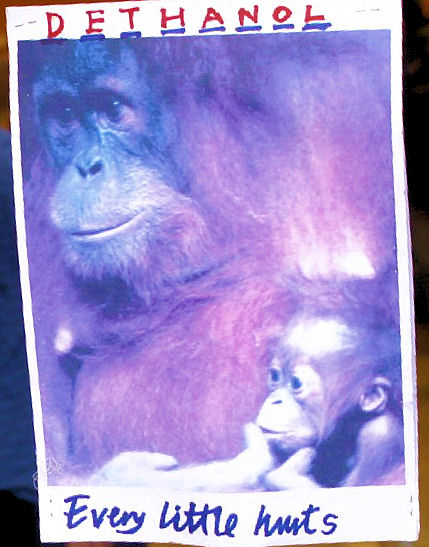 Every Little Helps their extinction 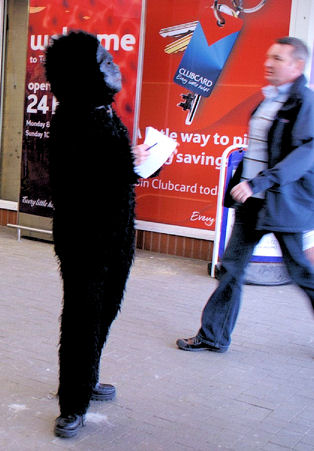 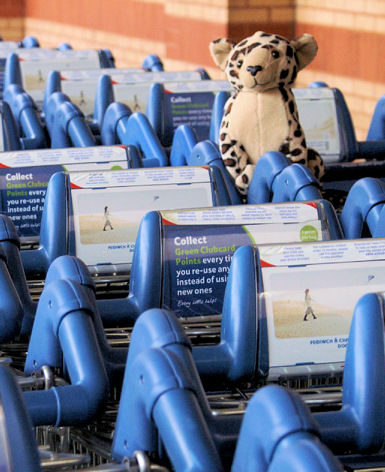 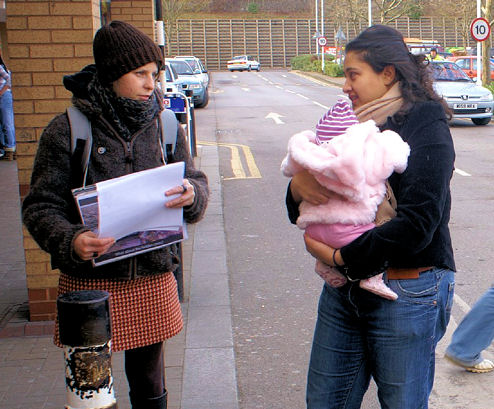 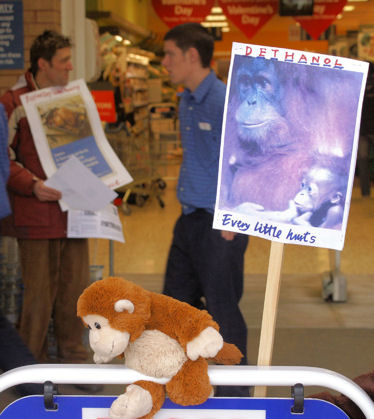 The temperature was almost as cool as the reception from the store manager who bluntly refused to allow screening of a laptop power point presentation, highlighting the dangers of agrofuels, to be shown to shoppers. Tesco customers were encouraged to email the presentation to Sir Terry. The manager did allow leafleting and over a hundred were distributed. He refuted in no uncertain terms that Tesco chopped down rainforests. Whilst it is true to say that Sir Terry doesn’t physically wield a chainsaw, protestors felt that such abdication of responsibility was irresponsible.

Many young shoppers were pleased to see the gorilla, who was not only warm, (unlike the other campaigners), but highlighted the plight of Africa’s rainforest from the Congo to Uganda and the land grab in places like Ghana to grow jatropha - or what industry would like us to think is the good biofuel, when it is anything but. It is interesting to note a week earlier, The Guardian reported that Greenergy (whose boss describes the company as the ‘good guys’) who supply Tesco are looking to Africa to supply sugar cane, due to high demand for Brazilian sugar cane.

One surreal encounter with the general public was with a man who said he had spent two years in the trees that once stood where the Tesco filling station now dispenses biofuel. Over two decades earlier he had been part of a protest that had tried to stop the supermarket being built. He was against biofuels, but not now apparently averse to filling his shopping trolley up.