On January 23rd Lisa Marley aged 32 died in the ‘care’ of HMP Styal in Cheshire. On February 5th veteran campaigner Pauline Campbell brought her unique form of protest to the prison and was promptly arrested for the fifteenth time. Lisa was the sixth woman to die inside the walls of Styal since the death of Pauline’s daughter Sarah in 2003. She was the forty-first woman to die across England and Wales since that time. 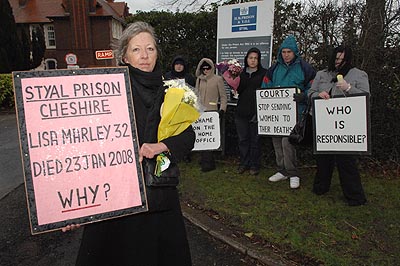 Another death, another demonstration. 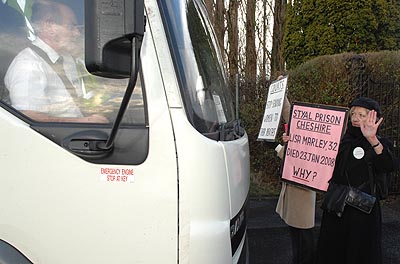 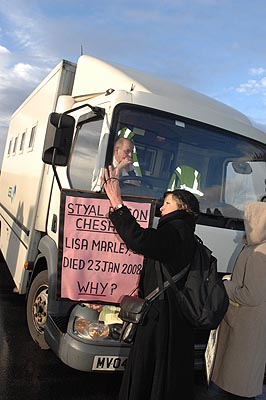 ...to argue that this is not a safe place to bring a prisoner. 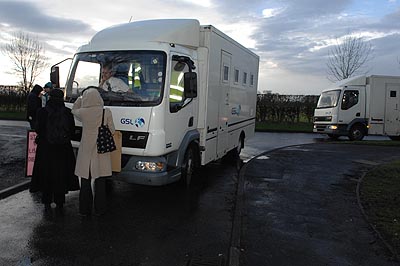 This time she has stopped two vans (a personal best). 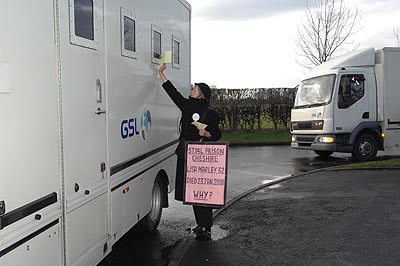 Pauline informs the prisoners what is happening. 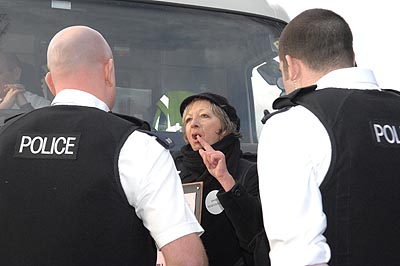 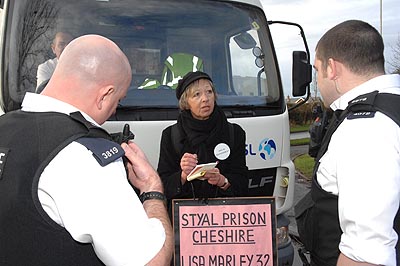 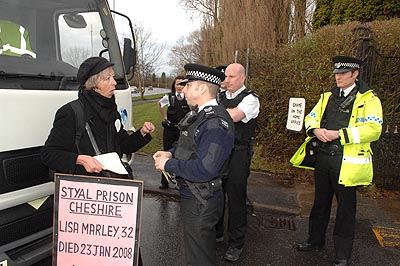 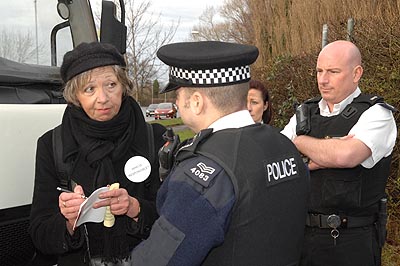 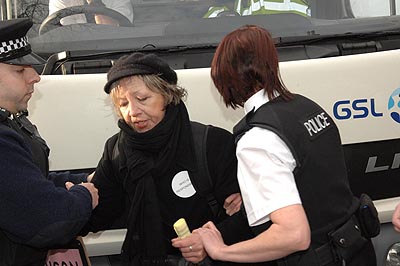 Pauline is removed from in front of the van... 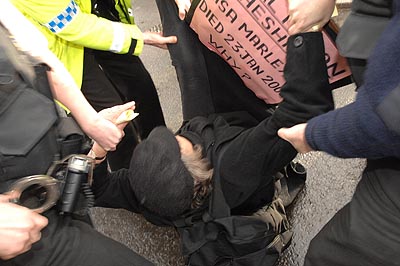 ...dragged along the pavement. 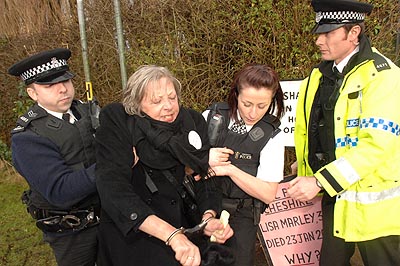 8 cops vs one sixty year old with no history of violence... 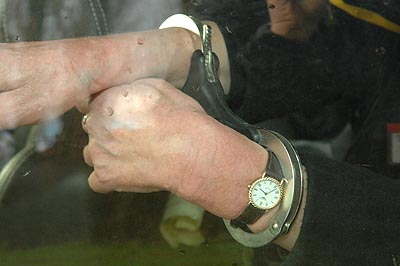 ...were the handcuffs really necessary? 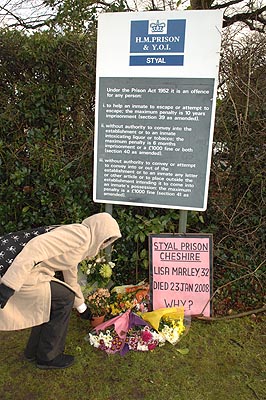 Pauline stopped a prison van from entering the establishment arguing that it was not a safe place to take a woman prisoner. The Police arrived and she was arrested, handcuffed and held for nine hours before being charged and released. Pauline said: "Being held in police custody for over nine hours, locked in a dirty police cell for most of the time (and I did complain about that) does not deter me. For daring to protest against the death of a young mother, the criminal justice system again seeks to criminalise and punish me."