Campaigning against climate change in Sheffield city centre with an ark. 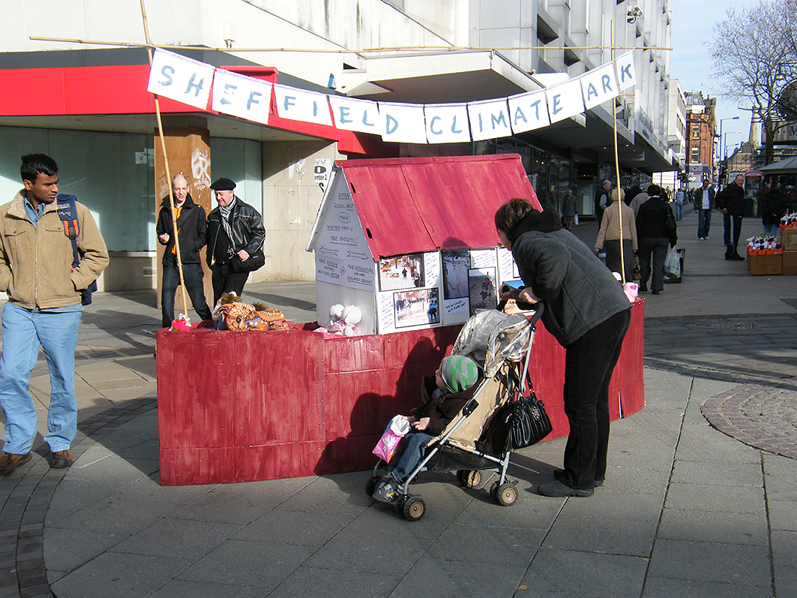 On Sat 9th Feb Sheffield Climate Ark descended on the Moor, a main shopping street in Sheffield. The four-metre-long ark had taken some building and came with pairs of animals to be saved including two real rabbits. The aim was to get people thinking and acting about climate change. People were really interested in the photos of flooding in Sheffield and around the world. As well as a few decidedly weird conversations, we got 257 postcards signed and sent to local counsellors, MPs and Gordon Brown. The ark was the work of one of Sheffield’s climate action groups “Chocolate Aeroplane”, with members of WDM (World Development Movement) and SCACC (Sheffield Campaign against Climate Change) involved.