There was a demonstration outside the Shell garage on the A541 Mold Road in Wrexham this morning as part of the international 'Hands Off Iraqi Oil' day of solidarity action. Despite small numbers, we managed to make ourselves very visible thanks to the conveniently placed pedestrian crossing. 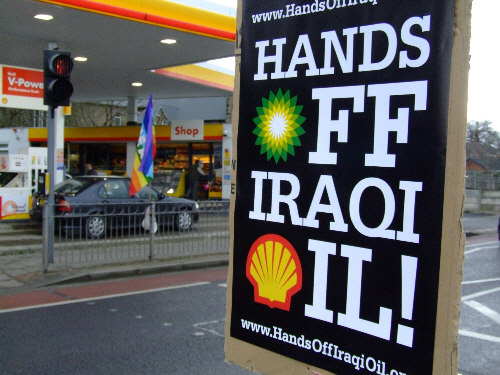 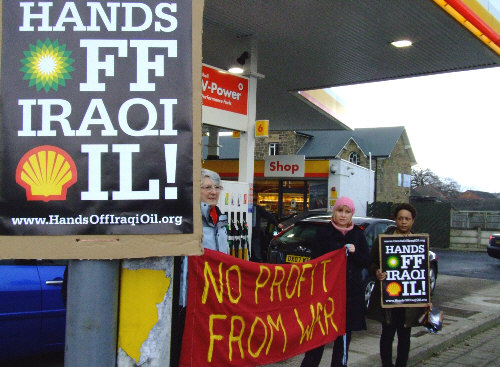 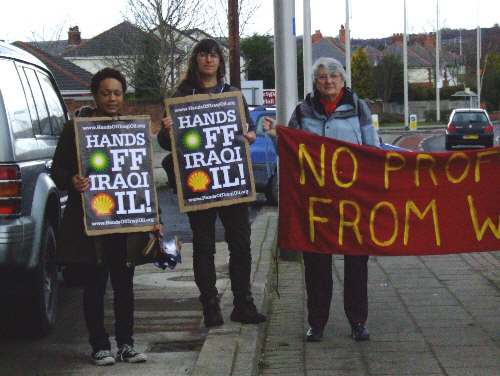 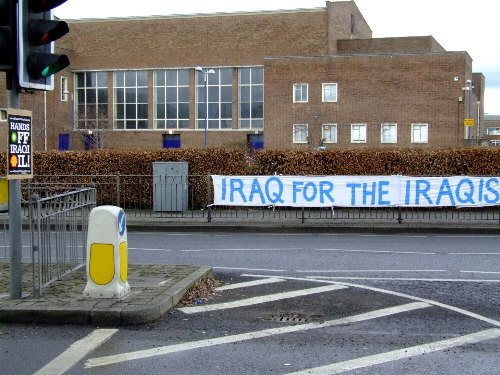 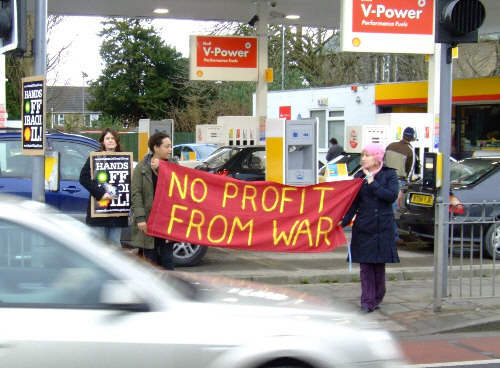 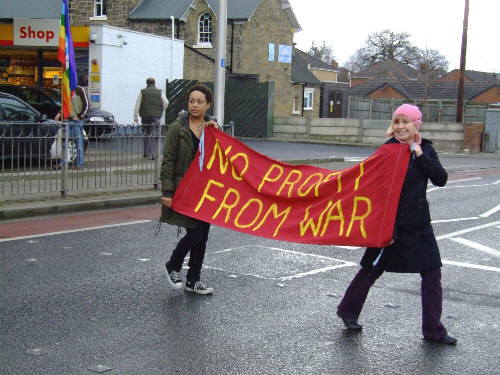 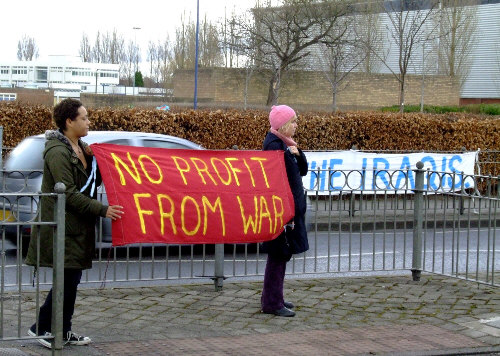 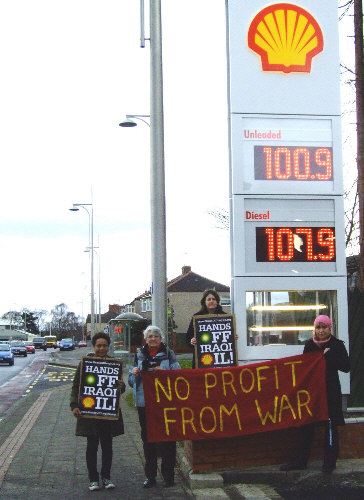 STAND IN SOLIDARITY WITH THE IRAQI PEOPLE

For the Iraqi people, the ongoing war and occupation have led to hundreds of
thousands of deaths, relentless insecurity and crippling poverty. But for
foreign oil companies, the desperate situation in Iraq is an opportunity to
make massive profits at the expense of the Iraqi people.

In February 2007 the Iraqi cabinet approved an oil law which, if passed into
law, would allow the likes of Shell, BP and Exxon to take over control of
most of Iraq's oil reserves, depriving ordinary Iraqis of scores of billions
of dollars. Shell and BP, with the help of the UK Government have been
actively pushing for this law and these contracts since 2003.

One year on, despite five US administration- and IMF- imposed deadlines, the law is still being contested at every level of Iraqi society. However, a 18th February deadline for international oil companies to register to compete for tenders to help develop Iraq's oil (

http://www.iraqupdates.com/p_articles.php/article/26507) represents a first official foot in the door.

We need to keep the pressure up here in the UK and support the Iraqi people in their ongoing fight.

IT'S NOT TOO LATE TO STOP THEM

The Iraqi Federation of Oil Unions is at the forefront of grassroots campaigning against the privatisation of Iraq’s oil industry and has threatened strike action should the law go ahead. Oil experts, lawyers, academics, trade unionists, and students are rejecting the
occupation-imposed oil law and the economic occupation it serves.

Who should decide the future of Iraq’s economy and resources? The people of Iraq, or Shell and BP?