On Saturday morning, 15 people shutdown a Shell petrol station for two hours in Kings Heath Birmingham to protest against multinational oil companies moves to steal Iraq's oil and defiantly show some solidarity with the Iraqi Oil Workers who are on the front line of this struggle. 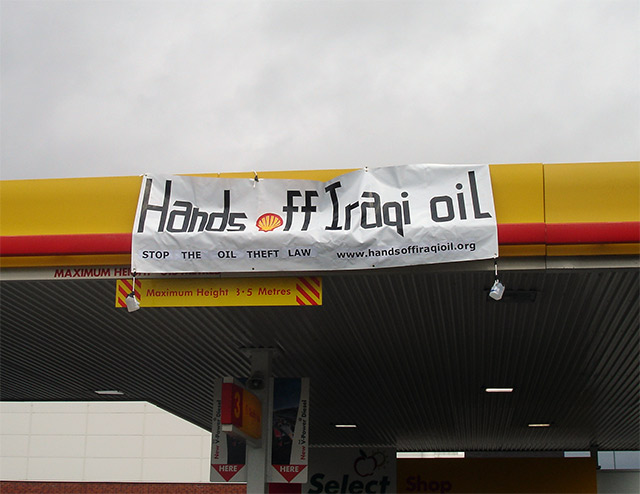 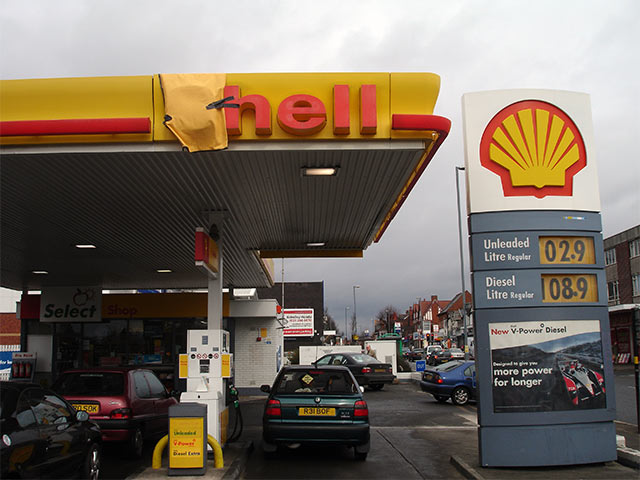 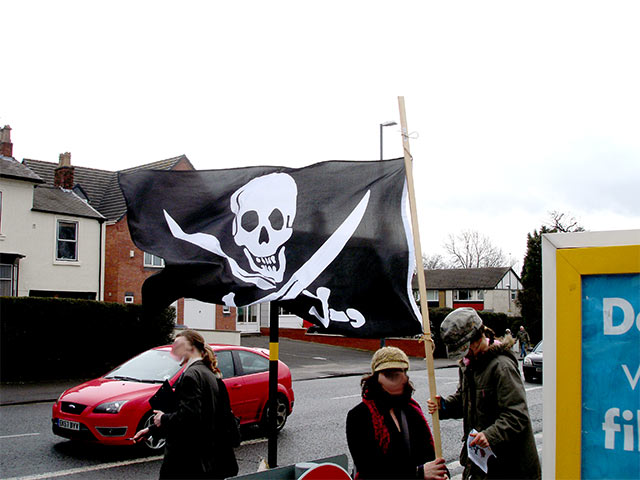 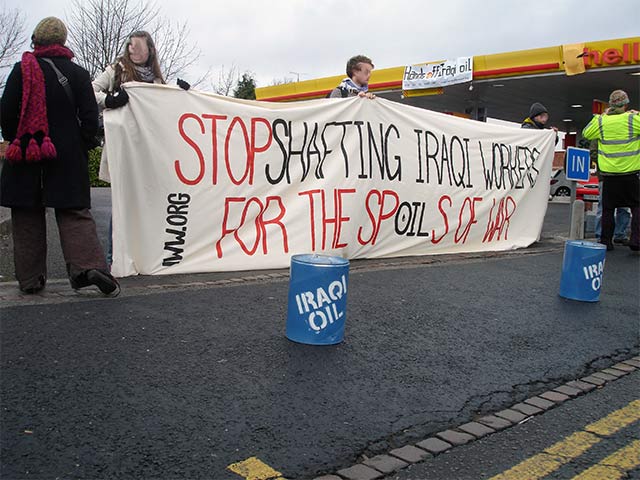 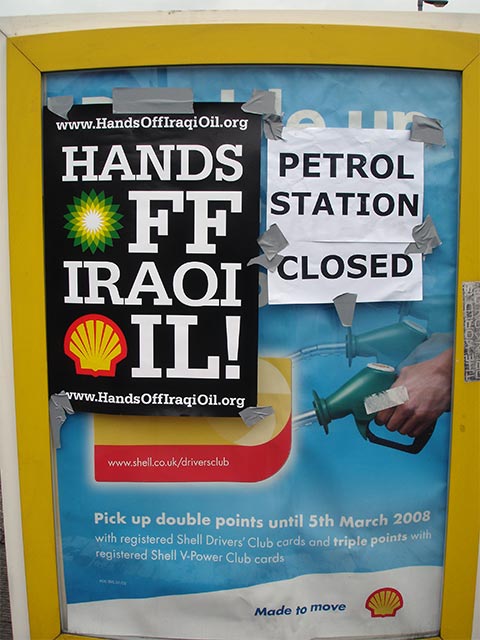 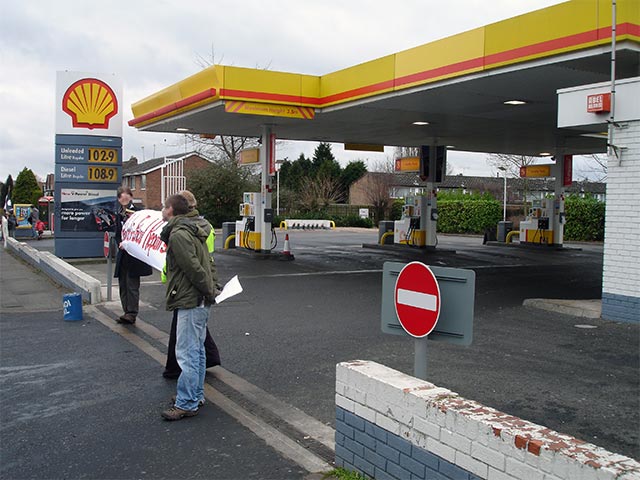 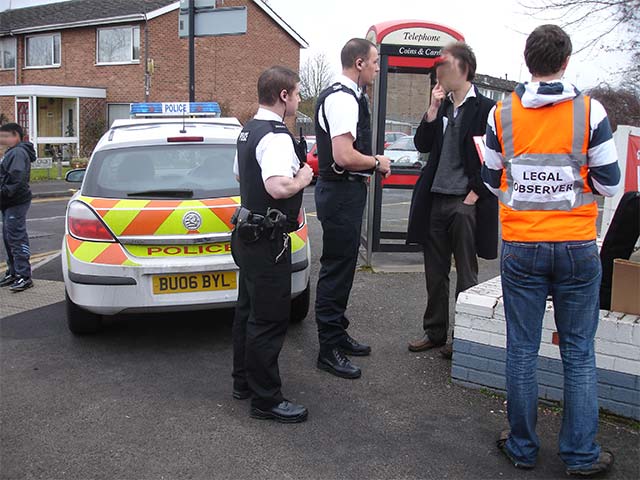 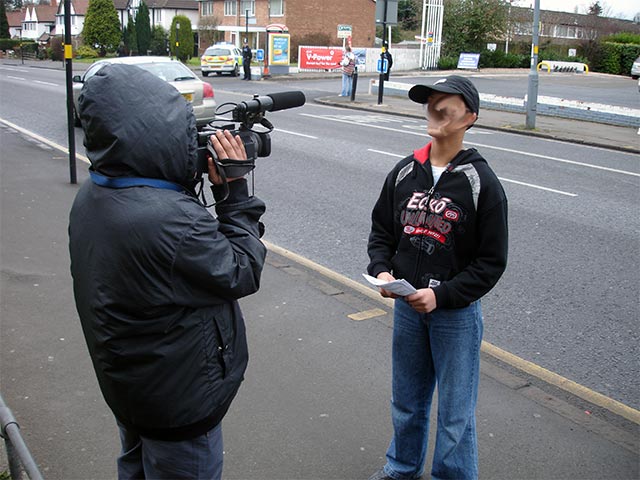 A banner dropped from the petrol stations roof read: 'Hands Off Iraqi Oil - Stop the Oil Theft Law' and the 'S' on the Shell logo was obscured so it read 'hell'. The entrance and exits were blockaded with banners which read: 'Stop shafting Iraqi workers for the spOILs of war' and 'Shell is closed for ethical repairs'. Hundreds of leaflets were distributed to motorists and passers-by, whilst other protesters dressed in suits carried out a corporate re-branding session of Shell. Numbers soon swelled to around 25 when local people including children held banners on the blockade and distributed leaflets. There were no arrests.

Amazing how easy it was - and two hours! Everyone seemed to be confident in their roles and a good vibe was in circulation. Definitely helped having the 'rebranding' team in suits to diffuse driver tension with the questionnaire.

Despite it being a blockade I think we managed to avoid alienating passers-by and residents. Lots of reasons for this I suppose, but I would definitely say that the decision not to use lock-on gear helped, as did the presence of kids and young people from the local area who joined in the flyering and holding the banners. Thus a good mixture of defiance (shutting the place down) and 'open solidarity' (anyone able to join in and take part in the solidarity action).

I also think that the location worked in our favour. A high street in a residential area - as opposed to busy central shopping district - just seemed to have more resonance, in terms of my own feelings (somewhere I'm living myself, not just passing through) and I reckon also with those who took an interest in the action.

So generally a good response from the public I'd say, with plenty of passing motorists who were jamming up the high street actively taking an interest by winding down their windows and asking for a flyer.

Only real thing I'd say that could've been better was to have had a stall laid up closer to the action. This would have perhaps created a space for people to feel more comfortable about approaching, hanging about and browsing literature (which people always seem more likely to do if you've a table laid up). On which point, if a stall had been prepared then a wider variety of literature could have been made available (on radical politics more generally and local workers' struggles in particular). Obviously this is a minor hindsight point and certainly didn't detract from a great action.

great to hear that local people were getting involved, one of the most depressing things is when youre on a demo or an action and people just gawp as they pass you by. Obviously you guys are doing something right!