Photos from the Birmingham Hands Off Iraqi Oil Shell Action

On Saturday 23rd February, local residents and activists occupied and closed down the Shell filling station in Kings Heath Birmingham, an act of defiance to show solidarity with the Iraqi people who are currently having their country plundered for oil. 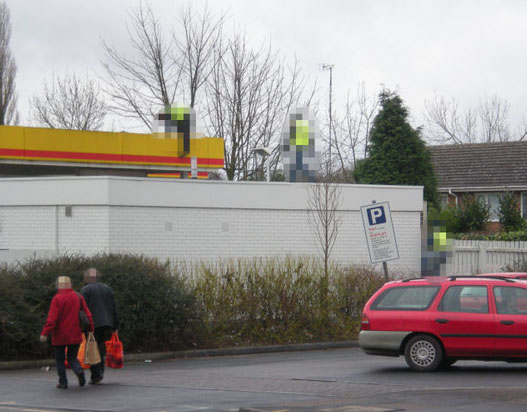 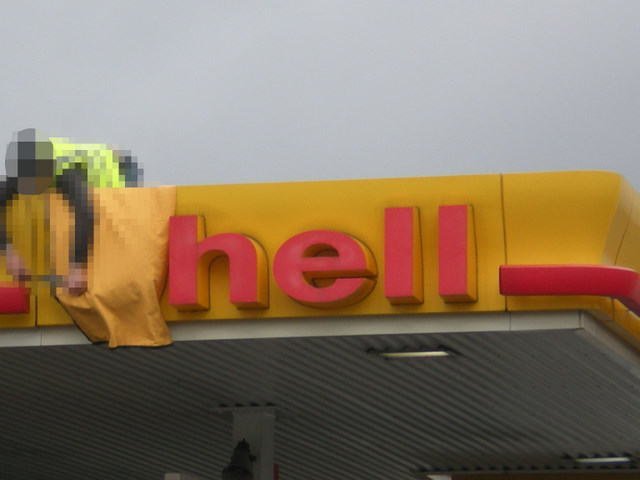 A bit of corporate rebranding is due.. 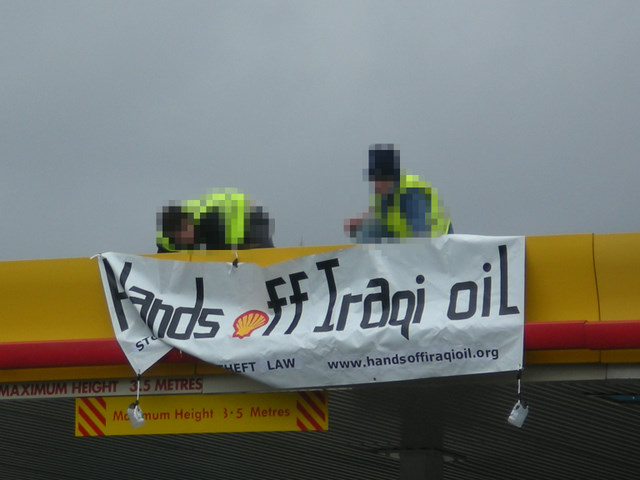 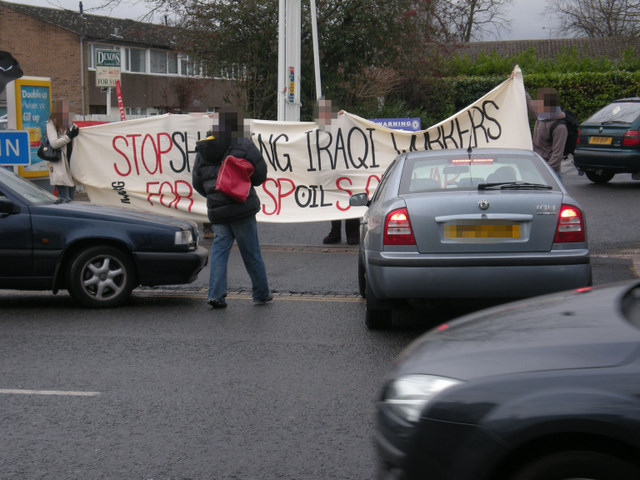 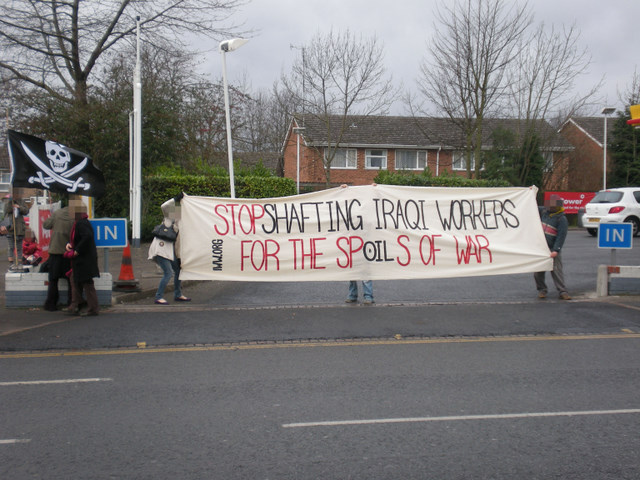 A message to Shell.. 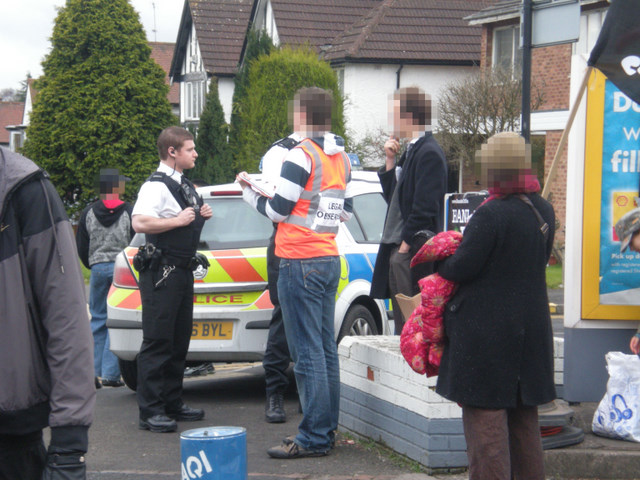 Police arrive at the scene of the crime.. 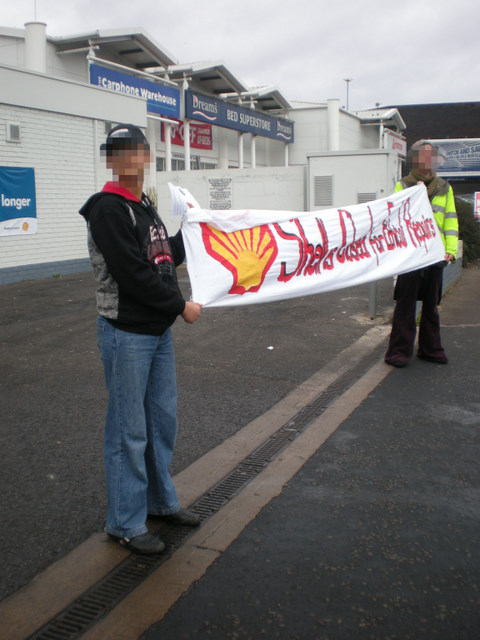 Local youth join in with the blockade.. 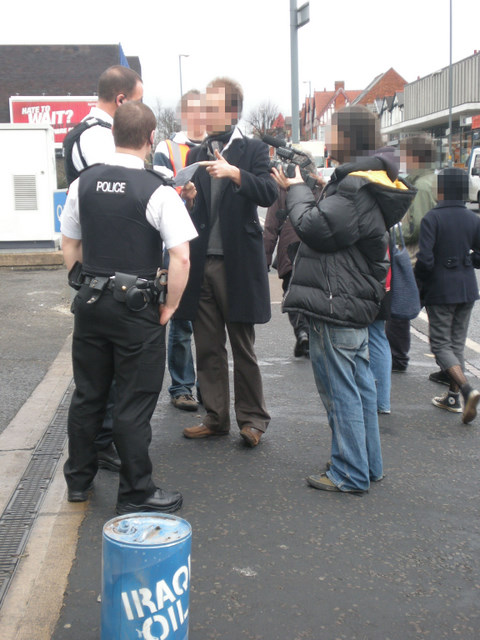 The police aren't the only ones who don't like being filmed.. 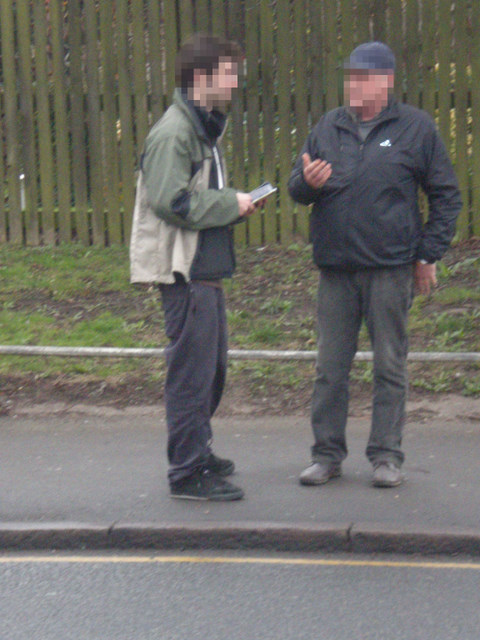 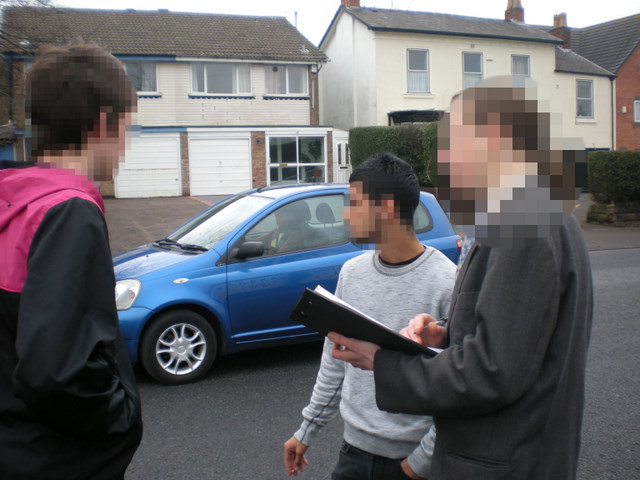 More local youth join the cause.. 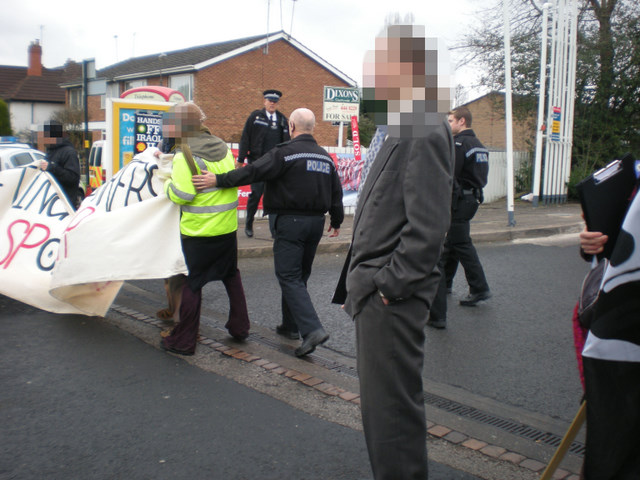 Not sure what law your breaking but we'll push you out the way anyway.. 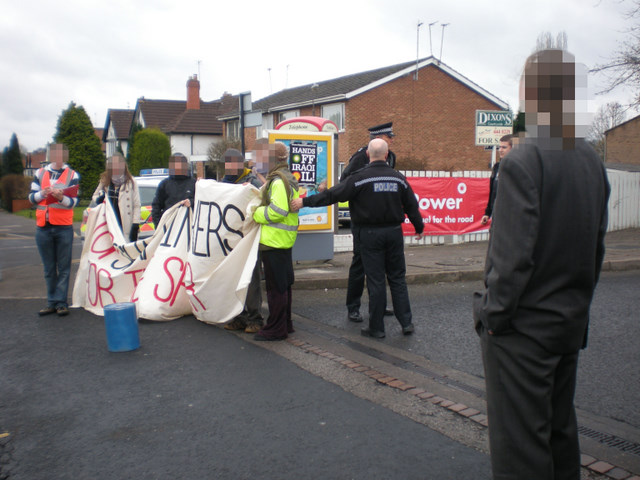 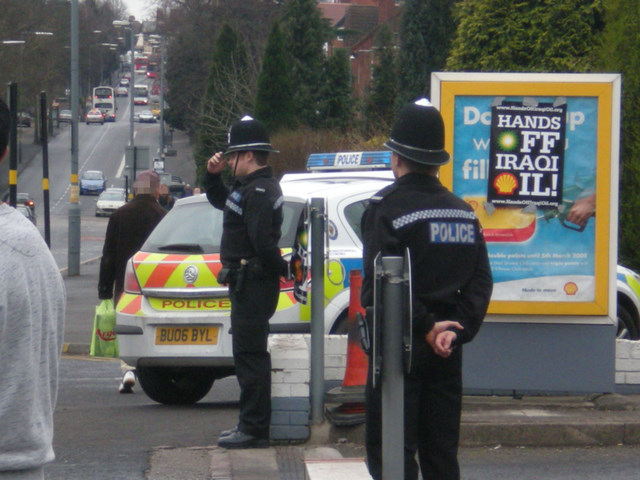 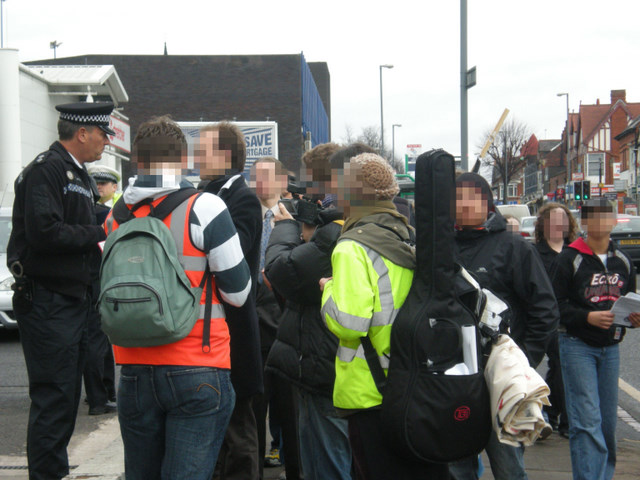 What's that in your mouth officer? 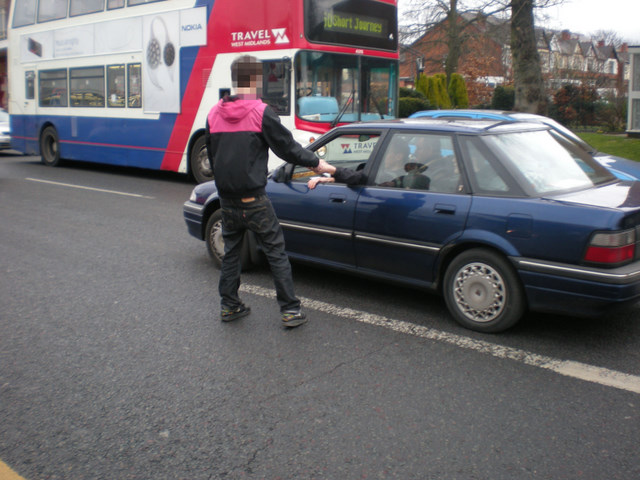 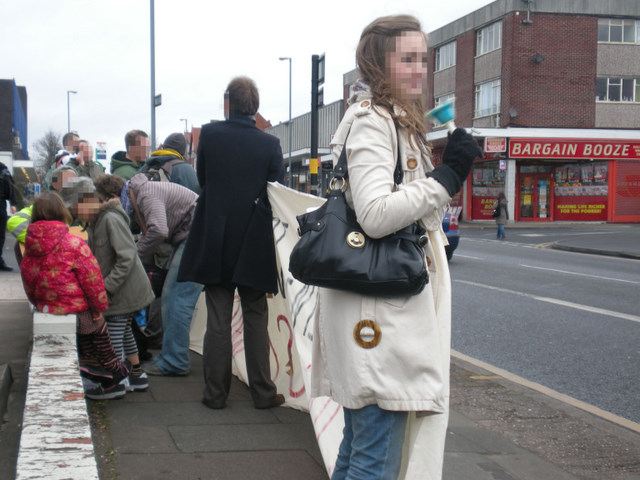 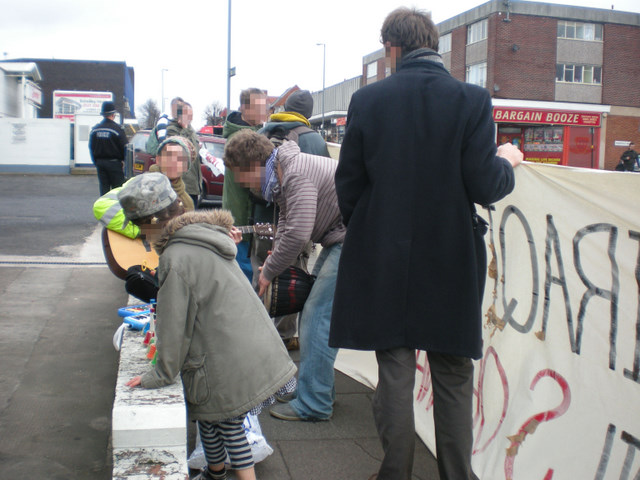 Kids show their talent for making lots of noise..

The UK and US governments, the IMF, and various oil corporations including Shell and BP are trying to force through a law in the Iraqi parliament which will allow oil corporations unhindered access to their oil wealth, whilst depriving millions of Iraqis of the means necessary to rebuild their devasted country.