Police has definitely intervened in the weekly Sunday free food action today 2nd March 2008 in the Brixton Oval.
The collective has been setting up a free food stall on Sundays’ afternoon in Brixton. Last Sunday, the metropolitan police already hassled the action without any sound argument and started asking for names and addresses. Check:

Today they have gone further with already two arrests at 16h00. The first arrested person had given his name and address but then refused to "disperse"; a man game him advice and the phone number of a lawyer and a few minutes later he was then arrested too.

Police has been asking for people's names and addresses indiscriminately and telling people to disperse under threat of arrest to re-enter the Dispersal Zone covering Brixton town centre. People are still in the zone refusing to disperse.

A policeman argued that a free food stall would attract drug dealing back to the zone, but he insinuated that other activities would not. A bike workshop was set up at the very same place where Reclaim your Food set their stall.

At 17h00:
There have been no more arrests.
The Reclaim your food collective is still giving away free food and 2 workshops has been set up: Bike repair and wallet making out.

A low resolution documentary about Reclaim your Food Brixton who have become a target for repression and bullying from London's Metropolitan Police. Two illegal arrests regarding rhubarb crumble were made by the Met. A high res version will follow for downloading. 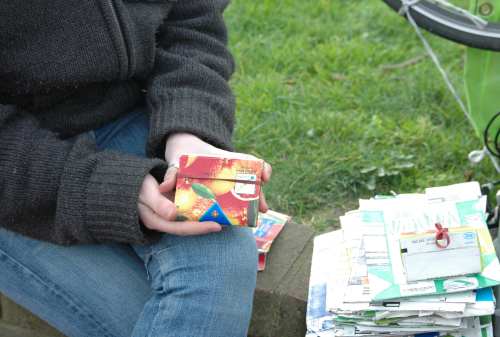 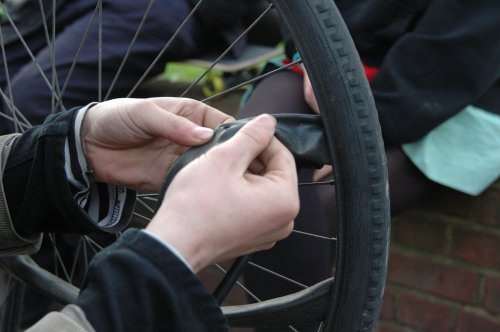 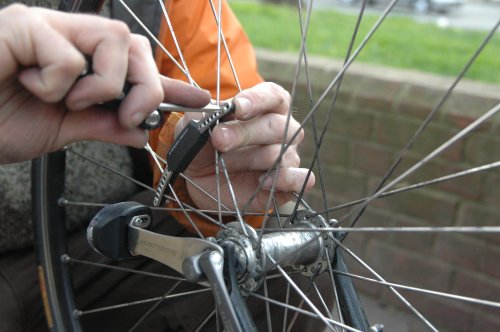 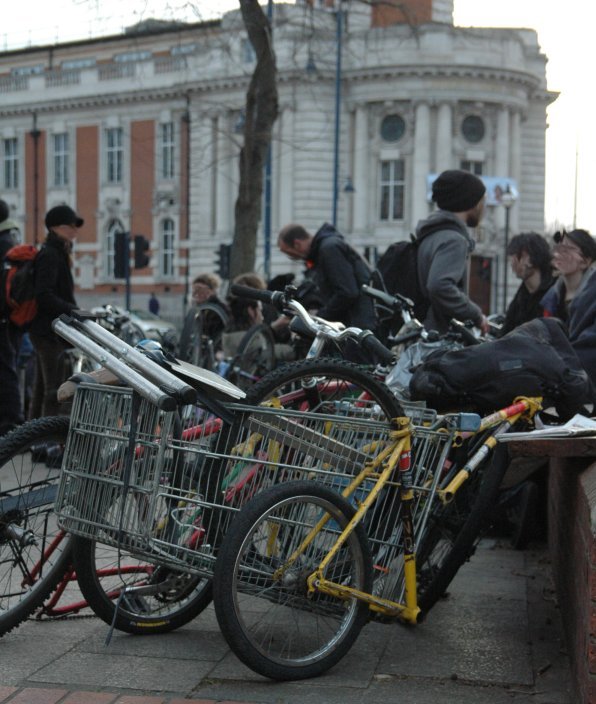 Some went to the police station, were told that the two people arrested would be released on bail once their address would be verified ... which usually means policemen turning up at their address at 3, 6 in the morning disturbing neighbours and housemates.

anyway here are some nice pictures some one took afterwards.