The Bolzaneto trial has entered its final phase process for the violence into the infamous G8 Police barracks & detention centre.

Last Thursday Genova Prosecutor Mario Morisani stood to begin his final arguments in the Bolzaneto G8 torture case, the sister case to Diaz. He spoke of the G8 in Genoa which "had been a wave of insanity. Everyone lost control on one side and the other". 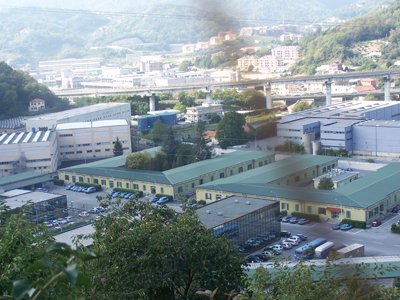 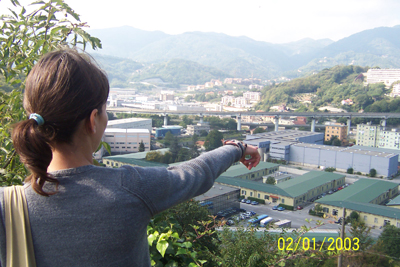 "at least four of the five interrogation techniques that, according to the European Court on Human Rights called upon to rule on the suppression of the riots in Ireland in the seventies, constitute" inhuman and degrading treatment".

“Victims arrested were forced to stand for hours, in inconvenient locations, beaten, taken around, deprived of food and water. The Prosecutor cited the UN convention banning torture and the inhumane, cruel or degrading treatment. The provision against torture, said the magistrate, Italy ratified had in 1989 but has not yet translated into a criminal law.”

According to the Genova’s prosecutor’s office, what happened at Bolzaneto was an inhuman and degrading torture but there is no law in Italy that covers the description of the evidence at Bolzaneto. The prosecutors could only apply article 323- abuse of office and breach of the EU Convention for the Protection of Human Rights and Freedom from 'fundamental abuse of authority' against persons arrested or detained, threatened, insulted or injured.

Prosecutor Petruzziello said that for the offence of torture and the inhumane and degrading treatment he would be expecting sentences from 4 to 10 years. Sentences being handed down in 2009.

The prosecutor cited several judgments of the European Court on Human Rights. One of them, and 'the judgement of January 18, 1978, known to have touched on the so-called five technical harassment in the method of interrogation, issued following the appeal presented by the Government of the Republic of Ireland against the Government of the United Kingdom. The case concerned ill-treatment had been the subject of people arrested during riots occurred between'71 and'72. "It emerged - explained the prosecutor - that those arrested were forced to stand against a wall in a 'position of power'; were hooded, subjected to continuous noise while being interrogated, deprived of sleep, food and beverages. "Of the five treatments examined by the Court and considered inhuman - says the prosecutor - four were certainly inflicted on Bolzaneto.

On the sidelines of the process GLF lawyer Dario Rossi representing some of the victims said: "There may be extreme reason to bring the matter before the European Court in Strasbourg because our law, as recognized by the same prosecutors, does not provide adequate legal justice for the torture inflicted upon all those who were transited to the Bolzaneto Police Barracks."

Supported by fellow prosecutors Patrizia Petruzziello and Vittorio Ranieri Miniati, the state's case against 47 prison police and five doctors would last over six more court sessions before closing. The defendants are accused of abuse Office, private violence, abuse of authority against detained or arrested, Forgery, breach of the penitentiary regulations and the Convention for the Protection of Human Rights and Fundamental Freedoms.

Morisani stated it has been a massive challenge for the prosecutor’s office and the Italian legal system in bringing indictments to so many police. The process had started on October 12 2005 and has had 157 court days which have heard 392 witnesses and 12 defendants.

The judge expects to rule in June on the final verdict of the Bolzaneto episode.

The process resumes on March 3.

On the night of July 21/22nd and just after the infamous diaz raid, Diaz police and prison police from Bolzaneto arrived at San martino hospital on the orders of Fini and Lega Nord Justice minister Roberto castelli to drag over 50 diaz victims from their hospital beds and transport them to Bolzaneto Police Detention Barracks some ten miles north of Genova. This was done against the protests of the Doctors and without the authorization of the Judicial authority.

The shift change at 9pm that sunday night by a newly arrived Carabinieri unit was to spell a night of torture and interrogation for the next 12 hours. Much went on behind closed doors and with no video evidence, the prosecutors office only had the victims and witness statements. From what can be peiced together, that sunday night, there were over 200 people imprisoned in Bolzaneto, 81 from Diaz(30 had come directly from Diaz). Apart from the description this week by Genova Prosecutor Mario Morisani - "It emerged - explained the prosecutor - that those arrested were forced to stand against a wall in 'position of power'; were hooded, subjected to continuous noise while being interrogated, deprived of sleep, food and beverages- but statements speaking of teargas thrown inside prison cells and the door closed, thereby suffocating the prisoners and Kangaroo courts.

The Diaz victims were in particularly poor shape compared with some of the other arrested people. Engel, a polish protester was beaten whilst having an un-diagnosed skull fracture. He could of died at any time according to prosecutors. A turkish victim had serious head injuries but was left in a cell for many hours without medical assistance.

Prosecutors were so alarmed by the actions of the police doctors at Bolzaneto, five doctors were arrested alongside the prison police. One in particular was nicknamed 'Dr mengele' for his vicious attitude. Bolzaneto medical staff witnessed acts of torture and abuse but did not intervene or treat the victims.

Was Bolzaneto politically sanctioned or was it the actions of some prison cop unit? The evidence presented came from Lega Nord Justice minister in 2006. In 2001, Roberto Castelli- the Lega Nord Justice minister - testified that he performed a 'prison inspection' of Bolzaneto that saturday afternoon of July 21st while the genova riots were raging. Called in 2006 and being faced with being blamed for Bolzaneto, he changed his testimony and stated that Gianfranco Fini had ordered him to go to Bolzaneto and "set the conditions". The prosecutors office reached the conclusion that the arrival of the Carabineri unit at Bolzaneto - an unusual event- was what was meant by 'setting the conditions"

So far Gianfranco Fini has not been called by the courts either in Bolzaneto or Diaz.

The motives for what happened at Bolzaneto are multiple. For the police, after planting evidence at Diaz, they saw bolzaneto as a processing transit point for the victims to arrive at Pavia prison. For castelli and Fini, it was an opportunity to cause harm to the movement of movements that threatened them before the G8.

When some of the Diaz victims did arrive at Pavia the wednesday after their ordeal, the staff took pity and gave them food and showers. They were also treated by medical staff and allowed access to lawyers and embassy staff. By Wednesday night, all Diaz victims were released from custody without charge by a judge in Rome.