People taking part in Brixton's Reclaim Your Food weekly action faced arrest on Sunday (2nd March 2008 ) as they challenged the legitimacy of a Dispersal Order issued by the Lambeth branch of the Metropolitan Police. 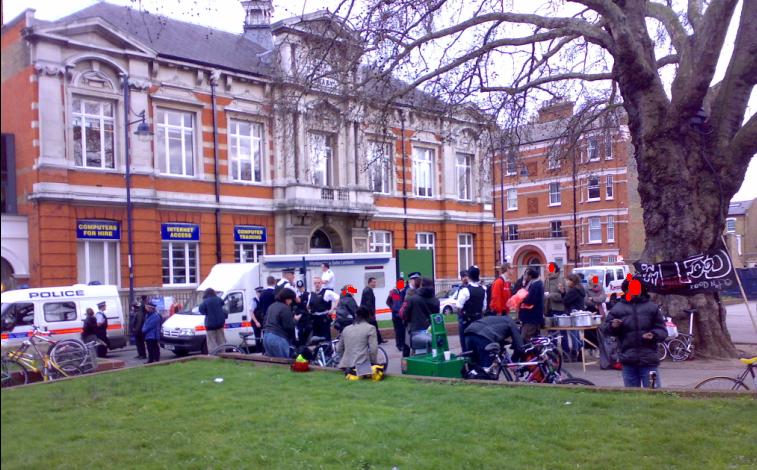 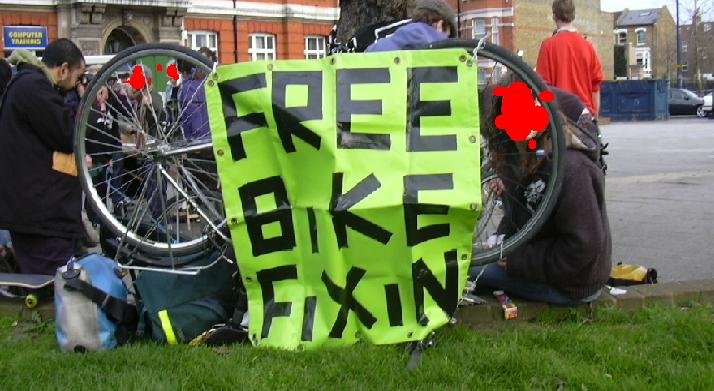 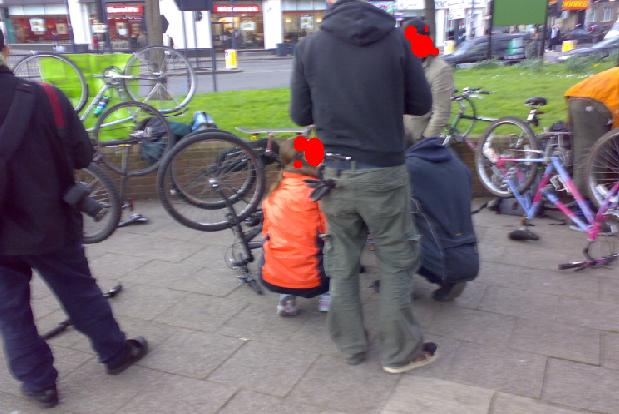 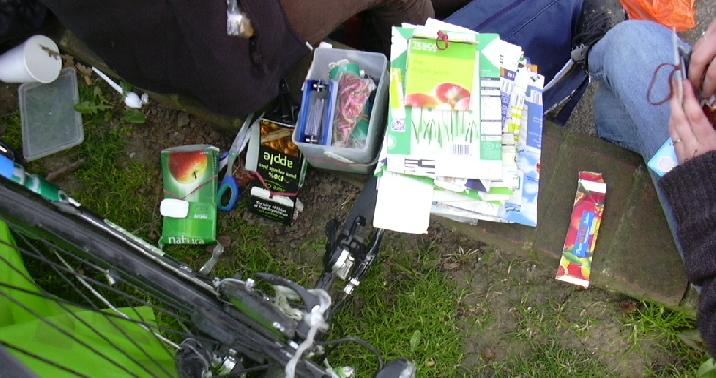 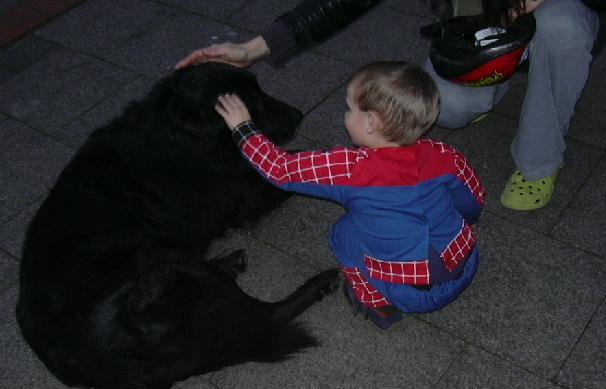 Out of Control ASBO 'Yoof' Harassing, Distressing and Alarming a Dog. 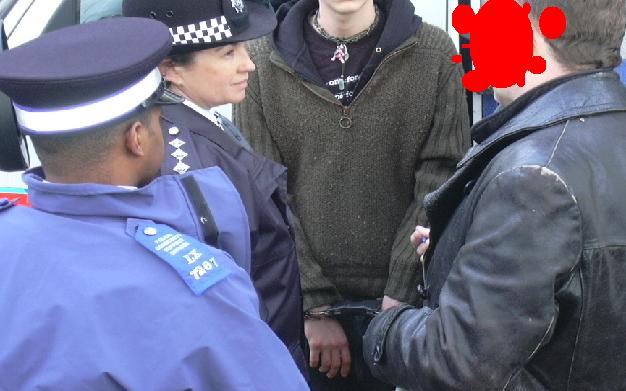 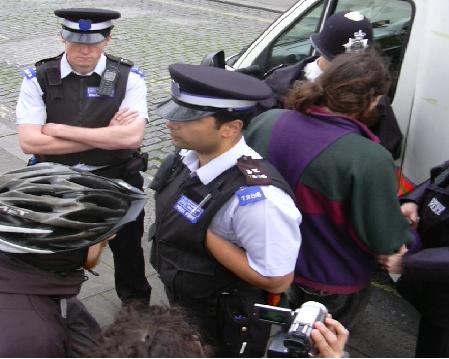 ...Whilst Others Film Another Crap Arrest. 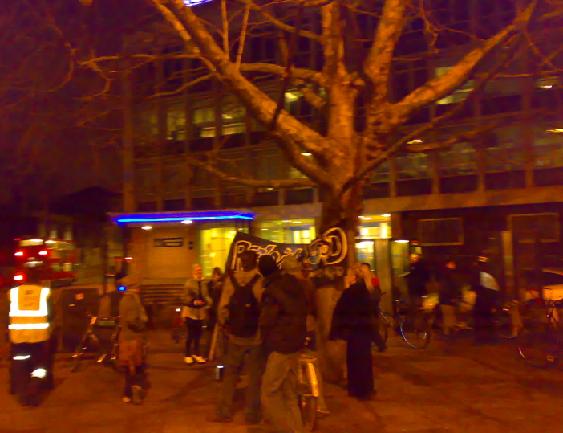 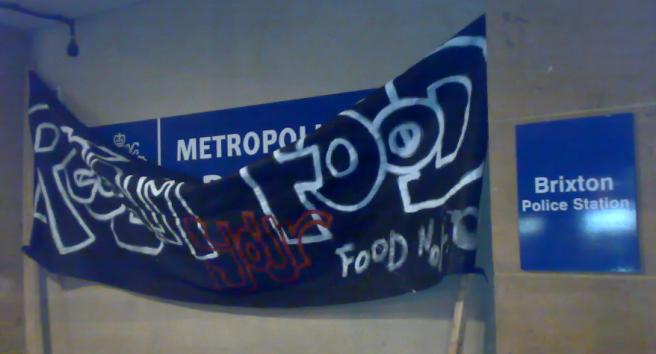 And the Banner Goes Up!

The weekly vegan open picnic has recently faced growing repression from Police and consistent support in the community. Police (which constituted a mix of PCs, CSOs and higher-ranking officers) were waiting for the collective before they even arrived. They came equipped with a mobile surveillance van, 2 regular Police vans and 2 Police cars. Disproportionate? Make up your own mind...

The first arrest came as a result of a refusal to comply with the Dispersal Order placed upon the group, the second for attempting to establish the legal basis for such an arrest. The Dispersal Order, made possible by the controversial Anti-Social Behaviour Act, was issued in response to an alleged Section 5 Public Order offence - defined as causing harassment, distress or alarm. However, when questioned, the Police failed to provide adequate evidence to suggest that such an offence was taking place. What followed was a series of convoluted and dubious explanations as to why they had reason to believe an offence was being committed:

Despite all the Police intimidation and generally not fantastic weather, a good time was had by most people who turned up or happened to be passing by!

The collectives involved in Sunday's action are keen to welcome anyone who is interested in any aspect of the project to come along. The project will continure to meet at Brixton Town Square (by Coldharbour Lane, opposite the Ritzy Cinema) from around 2/3pm every Sunday. The town square is well on it's way to being a free public space, for anyone to use. This does not figure in the plans of the Police and Local Government, who are intent on seeing through gentrification of the area. Let's show them whose streets they really are!

KFC-Macdonalds well known drug dealer hangouts!!.
I have been regularly in Brixton on green business matters & see crack dealers allowed to hang around exactly where the demo is without dispersal+ at the local church round about. Helping keep girls& young boys on crack for a cheap prostitution supply.
Seems Locals who stand up to them & provide cycling & free food services are more likely to be arrested by police, disgraceful
makes you think about some of the polices political orders & motives