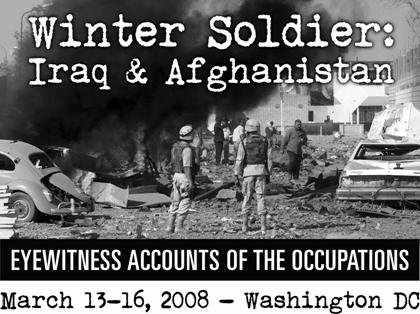 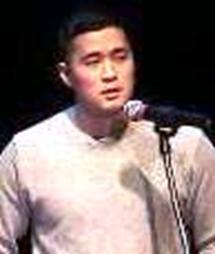 Lt. Ehren Watada, first US officer to refuse to go to Iraq

VETERANS SPEAK OUT AGAINST WAR

US veterans, military families & civilian survivors will testify about their experiences in "Winter Soldier" hearings organized by IRAQ VETERANS AGAINST THE WAR (IVAW).

Dozens of public viewings are planned in the US. So far in Europe, there are events in Rome, Berlin & Ansbach – where US army bases will be leafleted.

80% of the casualties of war are women & children. $1 trillion a year is spent on the military worldwide, more than half by the US. 10% of this would provide the essentials of life for all: water, sanitation, housing, healthcare, nutrition, literacy . . . The Global Women's Strike and Payday men’s network are demanding the return of military budgets to the community, beginning with women, the main carers of people and the planet.

INVEST IN CARING NOT KILLING!


"To stop this war, for the soldiers to stop fighting it, they must have the unconditional support of the people.

“How do you support the troops but not the war? By supporting those who can truly stop it; let them know that resistance to participate in an illegal war is not futile and not without a future."

Lt. Ehren Watada, first US officer to refuse to go to Iraq - facing 7 years in prison. His court-martial ended in a mistrial but he is still in legal limbo.

The Winter Soldier hearings are modeled on the 1971 event of the same name organized by anti-war veterans who galvanized the movement that ended the Vietnam war.

Wherever we are, we all suffer from war: the utter theft of our lives and resources. Our survival often depends on soldiers saying “No”!

Soldiers – women and men – who refuse to kill, maim, rape and torture are jailed, assaulted and forced underground. But they have the right and the duty to obey their conscience rather than military orders. With supporters and campaigns, so often organized by women, more and more are determined not to be commanded into killing.


* Tune in, come to our public showing or organize yours in houses, community centres, places of worship, trade-union branches, Post your event on IVAW’s website and tell us so we can put it on our website too.

* Write a statement of support for the hearings on IVAW’s website. Send a copy to Payday for our website. If you are a conscientious objector/refusenik or relative of someone in the military tell about your experience. Let Winter Soldier know that the world supports them!


REFUSING TO KILL IS NOT A CRIME!