Mehdi,The Iranian Gay Refugee And Activist Will Be Deported

MEHDI, THE IRANIAN GAY REFUGEE WILL BE DEPORTED TO THE UK FROM HOLLAND WITHIN THE NEXT 72 HOURS.
EVERYONE GROUP REQUESTS URGENT MEETING WITH GORDON BROWN 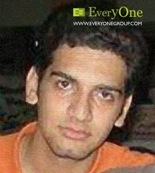 11 March, 2008
MEHDI, THE IRANIAN GAY REFUGEE WILL BE DEPORTED TO THE UK FROM HOLLAND WITHIN THE NEXT 72 HOURS
EVERYONE GROUP REQUESTS URGENT MEETING WITH GORDON BROWN

A few hours ago we received the news that Seyed Mehdi Kazemi’s appeal for asylum has been turned down by the Dutch authorities. Medhi is the 19-year old Iranian, member of EveryOne Group who faces the death sentence in Iran for his homosexuality. The boy, who is being held in the detention centre at Rotterdam Airport was judged by the Dutch Supreme Court today. Mehdi had fled to Holland after the United Kingdom had turned down his request for asylum “Unfortunately the verdict was expected”, say Roberto Malini, Matteo Pegoraro and Dario Picciau, the leaders of EveryOne Group, “because the Netherlands has a subjection relationship with the British Government. In spite of the international protests, Mehdi Kazemi will be sent back to the United Kingdom within the next 72 hours - starting from 2 p.m. today. From there it is very likely that the UK Home Office will decide to deport him to Iran where he faces torture and the death sentence - according to Islamic Law homosexual relations represent a crime (defined as “lavat”) a crime to be punished with the most brutal and degrading treatment, followed by hanging. The news of his imminent deportation to London comes from the Dutch Immigration Office”.
EveryOne Group has requested, through international channels, an urgent meeting with the British Prime Minister Gordon Brown. “The Nonviolent Radical Party, Transnational and Transparty and the associations Nessuno Tocchi Caino (Hands Off Cain) and Certi Diritti are working at our side to save the life of this young Iranian boy”, say the activists “and tonight or tomorrow morning a member of EveryOne Group will meet Mehdi himself in the Rotterdam detention centre. Mehdi’s story is now being reported in newspapers and from TV screens in all the civilised countries, and the campaign to save the boy is attracting new interest by the hour. “From the BBC to the CNN, from the Times to the Independent: everyone is asking us for photographs, news and details about this case, a human and civil case that shows how far we still have to travel along the road for refugees’ rights. Over 60 European MPs, hundreds of personalities from the world of politics, intellectuals of all nationalities and countless other voices have joined us in the protest against the abuses that democratic countries like the United Kingdom and Holland are committing towards innocent people, human beings who are appealing for international protection in order to avoid unjust punishment and a horrendous death on the scaffold or under a hail of stones. It seems unbelievable, and yet – while people all over the world discuss human rights and spend millions of euros organising conferences on the subject of asylum rights – once again an innocent young man like Mehdi is running a serious risk of dying with a rope around his neck because some European governments prefer to get round the laws that protect refugees rather than carry out their duties towards them”. “We have to save young Mehdi”, say the leaders of EveryOne Group, “but then we have to make sure Europe identifies and formalizes a common policy, without any loopholes, to solve the refugee problem in a humane way”.