Rochdale and Littleborough Peace Group at World Against War 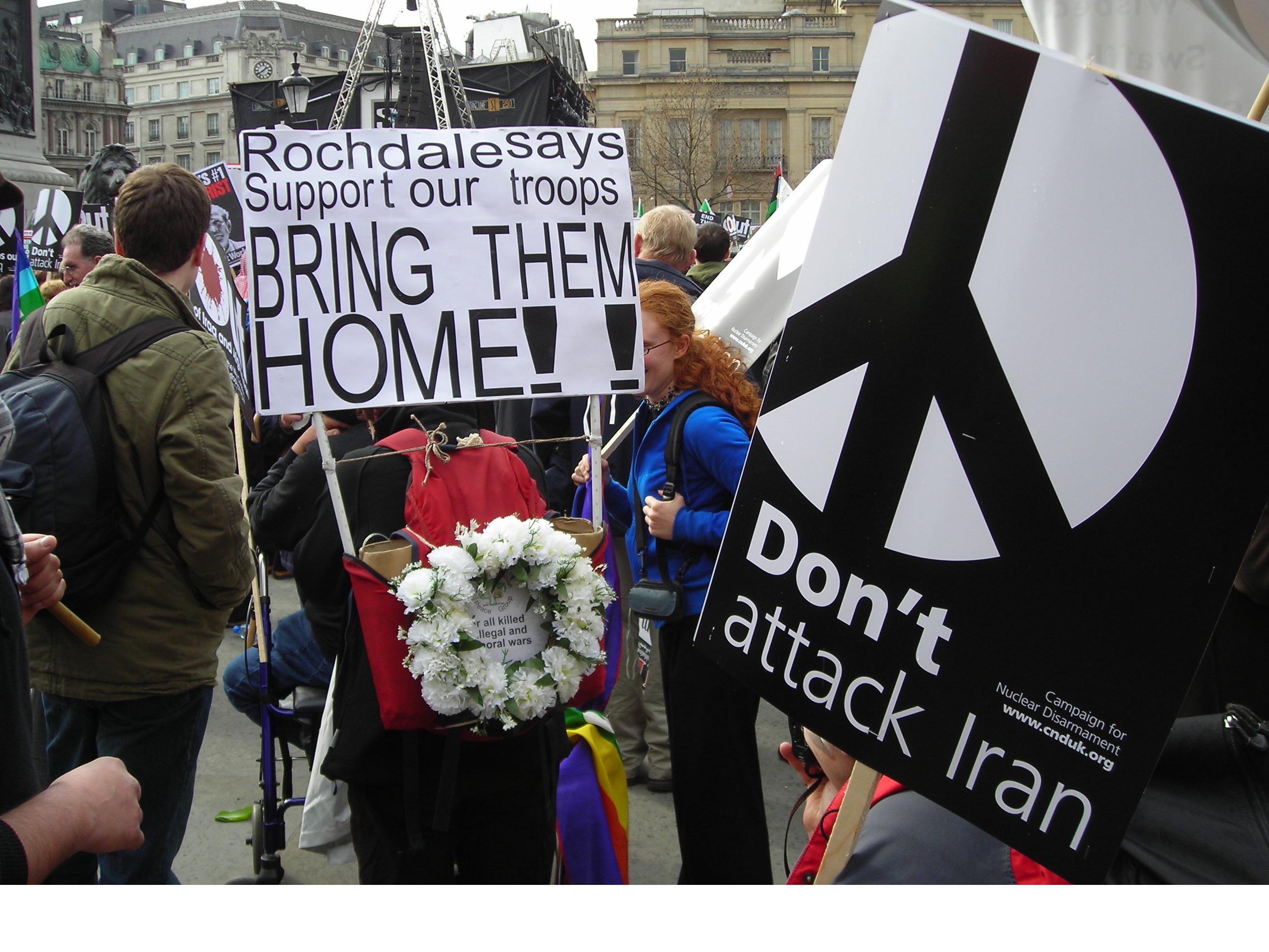 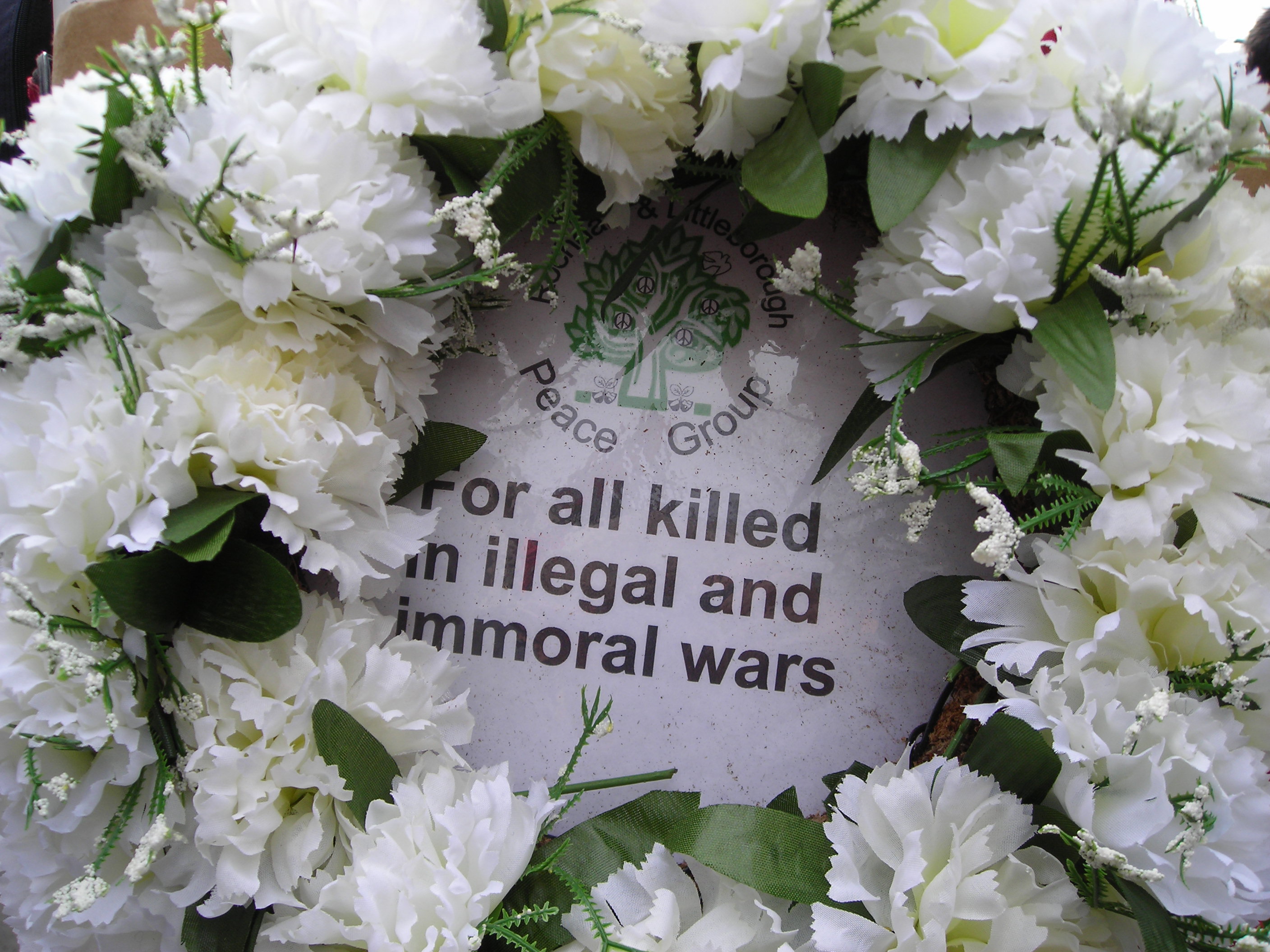 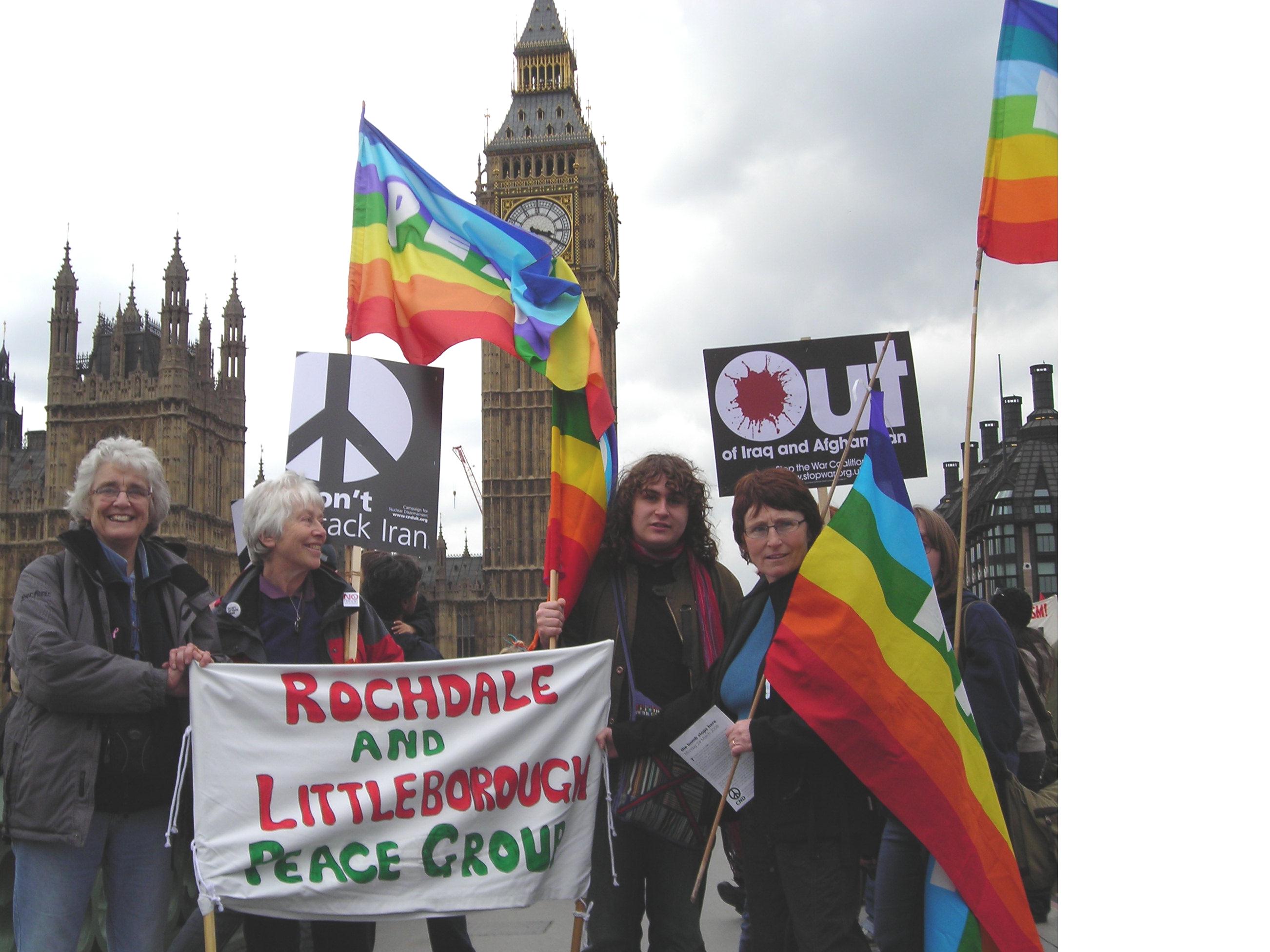 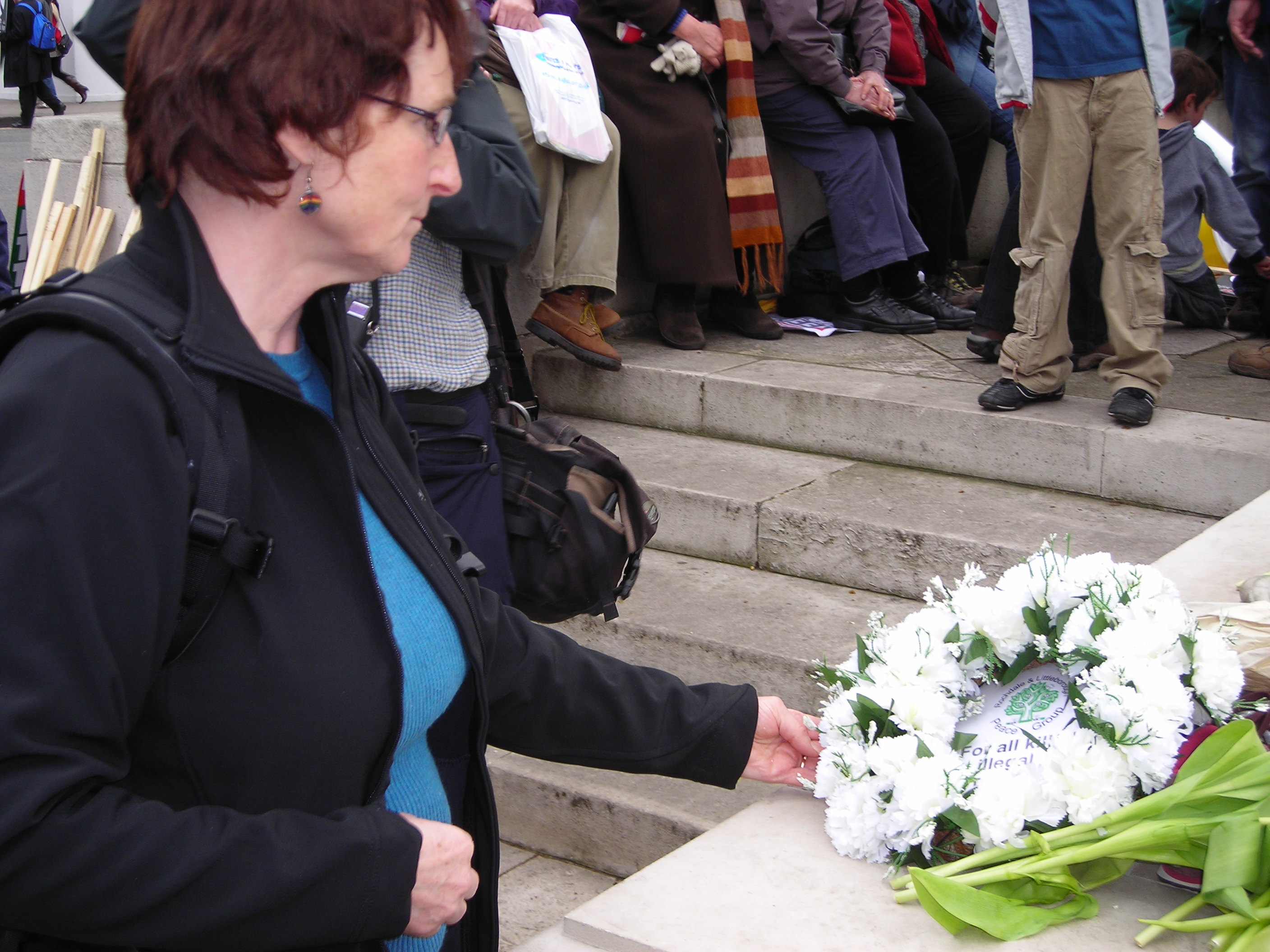 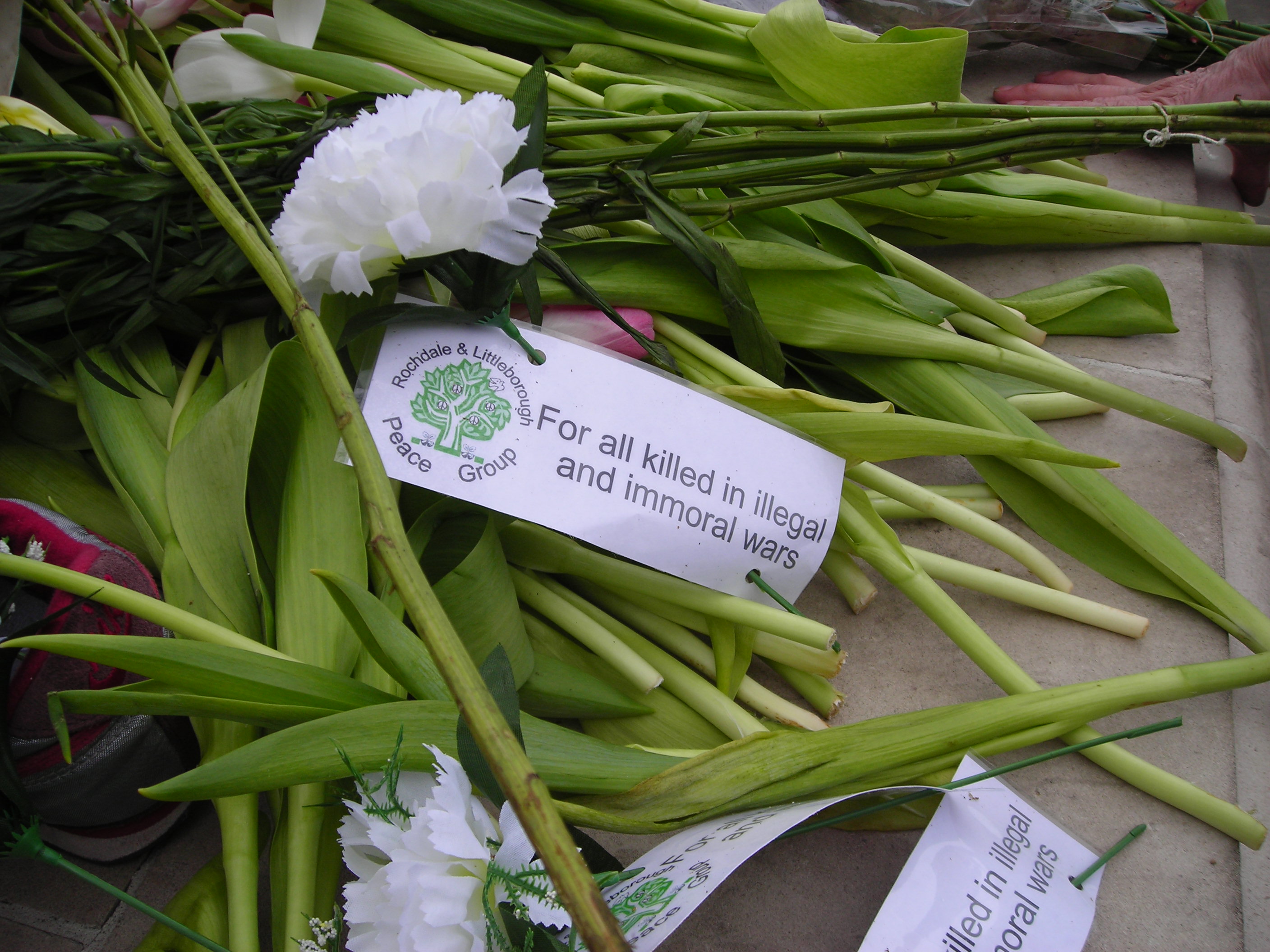 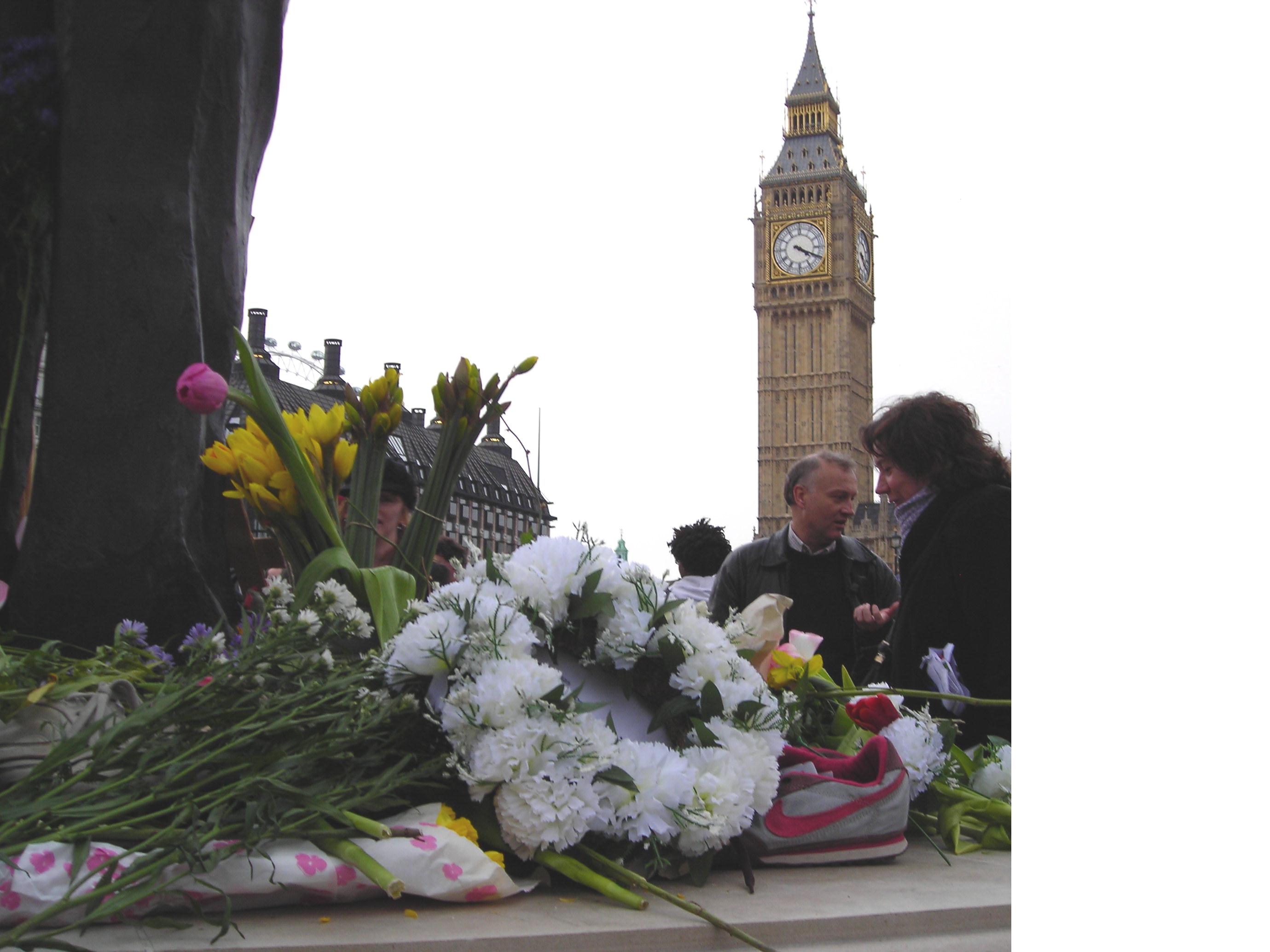 Rochdale and Littleborough Peace Group joined tens of thousands of anti-war protesters marching around the Houses of Parliament on Saturday 15 March 2008. The demonstration called by the Stop the War Coalition, the Campaign for Nuclear Disarmament and the British Muslim Initiative was part of the worldwide 'World Against War' events marking the 5th anniversary of the invasion of Iraq in March 2003.

Peace Group members carried with them the message, "Rochdale says 'Support our troops. Bring Them Home!!' and laid a wreath and flowers at the base of Nelson Mandela's statue opposite the Houses of Parliament in Parliament Square. The wreath of white carnations carried the Peace Group logo and the message, "For all killed in immoral and illegal wars".

Patricia Gilligan, who laid the wreath, said "This was a very moving moment. It is estimated that almost a million people have died as a result of the invasion of Iraq and its disastrous consequences. Our wreath and the flowers and shoes laid by others on Saturday symbolised and remembered all those who have died in this unnecessary war. As I laid the wreath on behalf of the Peace Group, I was starkly reminded of the tens of thousands of Iraqi women and children who have suffered horrific deaths and of the young British men and women who Gordon Brown continues to send to kill and be killed in Iraq and Afghanistan. Five years ago, hundreds of us marched against the war in Rochdale and millions of us marched in London. The government ignored us then, but we are still giving them the clear message that we will not be silent until they stop destroying people's lives in their illegal and immoral wars."