Tibetans and supporters held a vigil to show solidarity with the protesters in Lhasa to coincide with the Chinese government’s midnight deadline for them to surrender.
Pictures © Peter Marshall, 2008, all rights reserved. 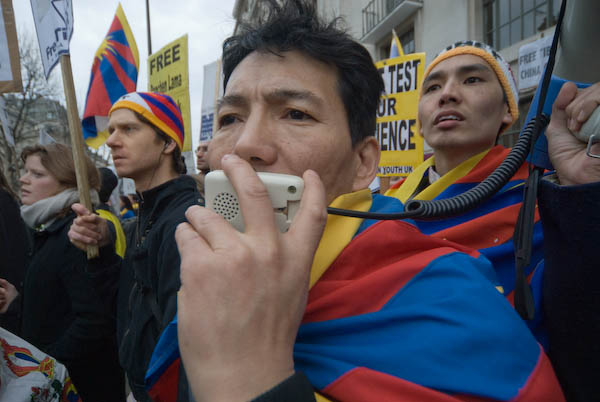 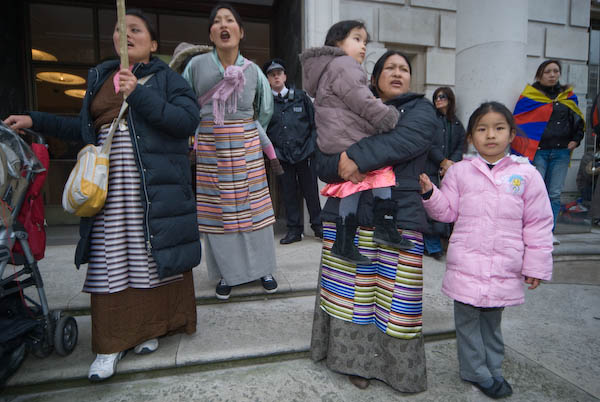 On the steps of the RIBA building 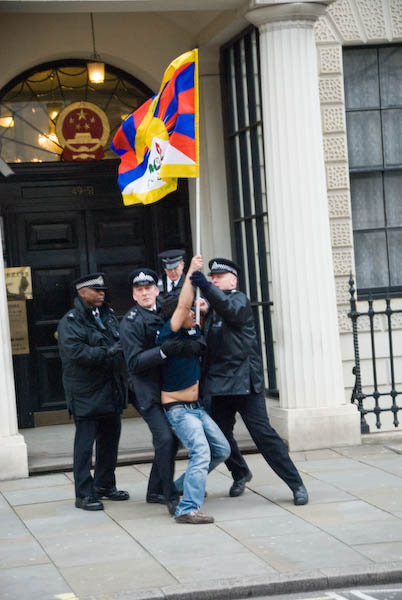 Tibet flag at the main door of the Chinese Embassy 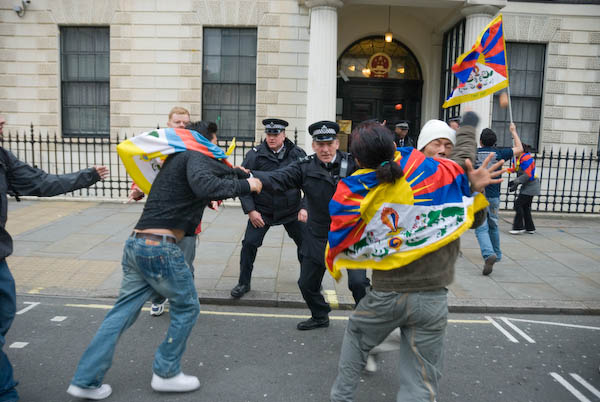 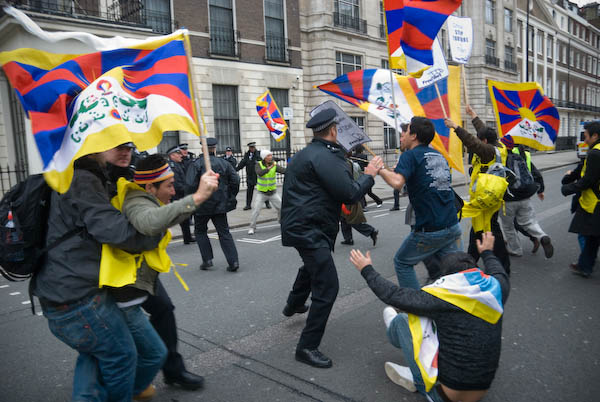 leading to a rather confused situation 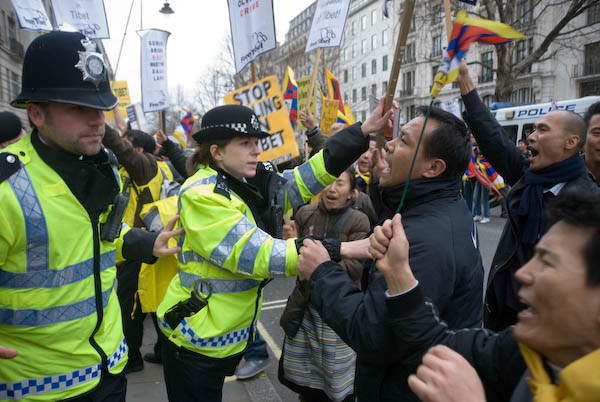 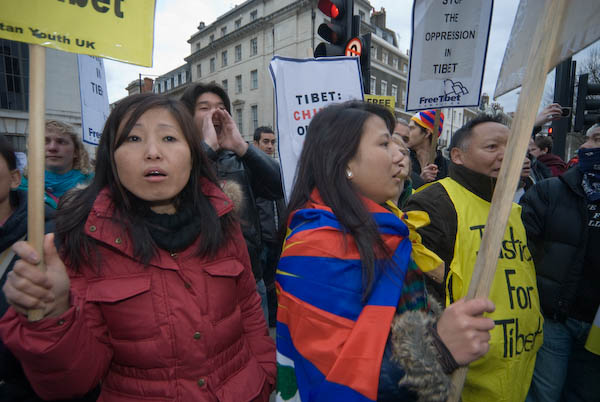 Protesters on the central island

According to the Chinese Authorities, they exercised restraint in dealing with the Lhasa protests, using only non-lethal weapons and only killing 13 innocent civilians. Monday afternoon’s demonstration in Portland Place opposite the Chinese Embassy was timed to coincide with the midnight deadline in Lhasa for protesters to surrender.

For the hour or so I was in Portland Place, the Met put on a rather more convincing display of restraint, with the help of the 'Free Tibet' stewards, causing – so far as I saw - nothing worse than a few minor bruises. The British police at least sometimes live up to their reputation although perhaps a double row of barriers would have been a sensible precaution.

I arrived at Portland Place around 4.30, when around 200 demonstrators were penned behind a single row of barriers along the edge of the road in front of the RIBA building. Three policemen stood in front of the demonstrators who were shouting slogans towards the Chinese embassy across the road. The media were refused access to photograph from the empty area in front of these barriers, although a row of press here would probably have aided security, but were allowed into the island – also surrounded by barriers – in the centre of the road. Of course this didn’t provide much of a view and I started by photographing among the protesters.

Later I was just crossing the road around 5pm when a demonstrator jumped the line and ran across towards the embassy waving a Tibetan flag - where the four officers on duty immediately grabbed him. Other demonstrators pushed the barriers down and followed him.

The next few minutes reminded me of one of those traditional village football matches, or those games of 'British Bulldog' we used to play before such things were banned, as police and stewards grappled with demonstrators. Finally the stewards took over and pushed and persuaded them across the roadway to the central island where they sat down. I saw no instances of excessive violence being used by police, and those of us reporting the incident all appeared to be well treated despite a fairly confusing situation.

The demonstrators continued to shout at the Chinese Embassy from the central island for around ten minutes. A police officer then read something out to them, which I'm doubt they could hear any more clearly than I could above the noise. I suspect they were being threatened with arrest if they stayed where they were, but I couldn’t hear well enough to tell under which Act. With the help of the stewards they were then all escorted back across the road to join the other demonstrators who had stayed in place.

Sorry, more pictures now on line, but at:

As you can see they did try to attack the embassy, but that was probably even more pointless, though may have increased the publicity the event gained.