Yesterday evening from 6:00pm onwards, a small but significant group of local activists turned up at Cambridge Railway Station to remind the public that it was exactly five years to the day that Shock and Awe heralded the start of one of
possibly the bloodiest and longest running Middle Eastern conflict of recent times, so Iraq, aka Gulf War mark 2. 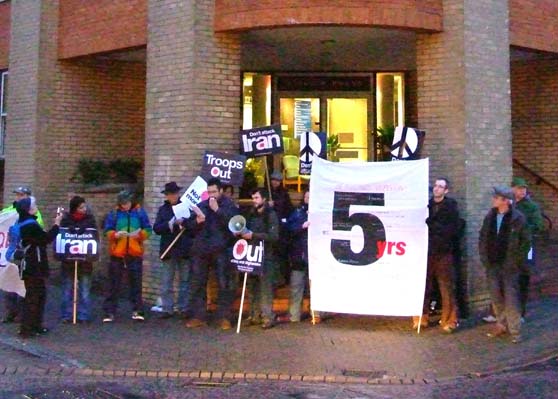 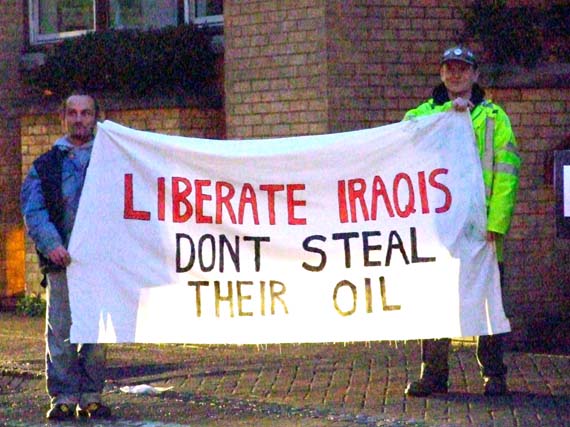 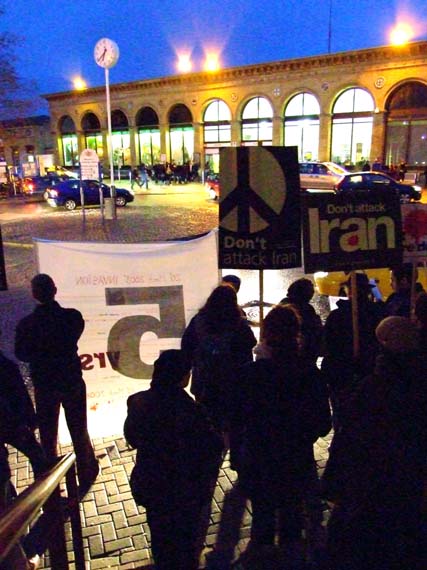 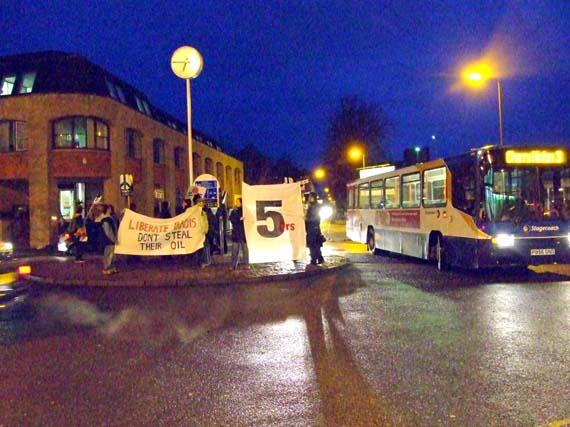 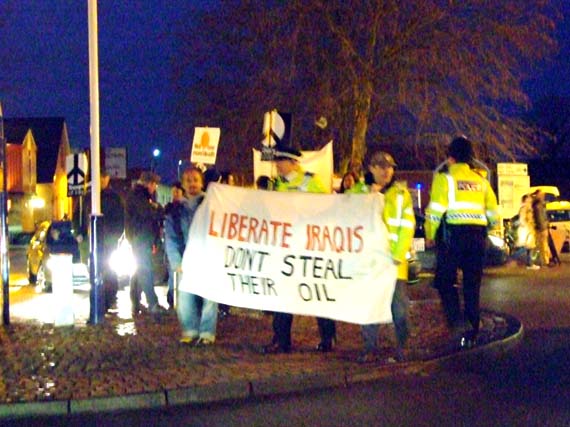 Some of those gathered read poetry relating to war and conflict into a Megaphone, although ironically above the loud roar of the endless stream of rush hour traffic circling the roundabout in front of the station, much of the words would have been lost to passers by just mere feet away across the other side of the roundabout.

However, as some activists said it was enough to have a presence there, to remind the city of Cambridge that we are all a part of this story, especially when those motorists turn their ignition key.

There was one moment of drama when some activists (followed in quick succession by everyone else in solidarity) decided to stake out the central roundabout only to be bundled back to the pavement by British Transport Police, under the flimsy pretext that the traffic island was rail property, despite the act of moving a group of people from one side of a traffic junction to another was far more disruptive to the endless flow of cars and buses than leaving everyone where they were!

Meanwhile, a few people decided to mock as they walked past, although there were also honks of support.

Well, the joke is on the doubters, because in their complacency, future generations will hold them responsible for the chaotic bloodbath that is Iraq, because they chose to let it happen in their name.