Showing solidarity with Tibet in peaceful protest through London

An account of the march through central London today, to show solidarity with the Tibetans in the wake of the last weeks crackdown in Lhasa and beyond by the Chinese.
Today hundreds of people marched through Central London to Trafalgar Square, to show solidarity with Tibet and to protest against the Chinese crackdown on peaceful protest in Lhasa and beyond, where according to Tibetan exile groups 99 people have been killed.

We were allowed to stand outside the Chinese Embassy for a few minutes only, and I saw Embassy staff with cameras at 2nd floor windows peering through lace curtains and taking photographs of the crowd. A large policeman was filming young Tibetan men from the very start of the protest. When asked why, we were told that it was in order to prove to the Chinese this was a peaceful protest. I wasn't convinced. We are the lucky ones though, we are able to raise our voices and protest without being beaten up, something I couldn't forget as I marched through town, with the sun shining and then the snow falling. A young Tibetan woman I spoke to after the march who didn't take part, told me that if she did she would not be able to get a visa to return to see her mother in Tibet. Tibetans who march are refused visas on some pretext or other.
A Tibetan monk led the crowd holding a framed photograph of His Holiness, the Dalai Lama, and along with cries of "Stop the Genocide in Tibet" we also shouted "Release the Panchen Lama". The Panchen Lama was abducted many years ago, and in his place the Chinese put their own choice forward. He is the son of Communist officials.

We stopped outside the National Gallery where Kate Hoey, the former Sports Minister, urged Diplomats to boycott the Olympic opening ceremonies.Also a group of names were read out, of people who are protesting through going on a hunger strike. It seems that more people in influential positions are also raising their voices and speaking out about China's brutal crackdown in Lhasa and other areas where Tibetans live.It's about time, coming 54 years after the Chinese took over the country. The Chinese have reneged on their promise to allow journalists free access to Tibet and China, in the run up to the Olympics and instead have banned them from Lhasa as troops pour into the area.

I hope more will join future protests, for with China emerging as a superpower, if we don't speak out now, then they will continue to ignore public opinion and carry on with their abuse of power. With their hosting of the Olympics and recognition on the world stage, comes a responsibility. Genocide can never be ignored. Tibet has been overlooked by the West for too long. As Nancy Pelosi, the Speaker of the US House of Representatives , said:

"If freedom loving people throughout the world do not speak out against China’s oppression in Tibet we have lost all moral authority to speak on human rights anywhere in the world. The cause of Tibet is a challenge to the conscience of the world. A challenge we can help meet."

some pics of FIT and march / rally 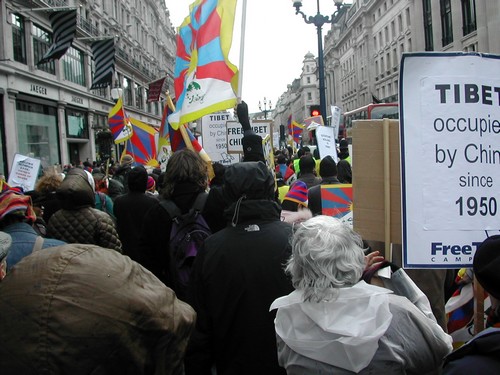 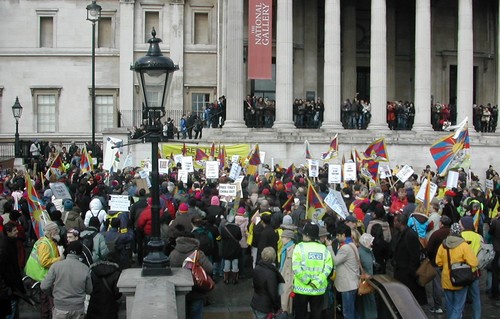 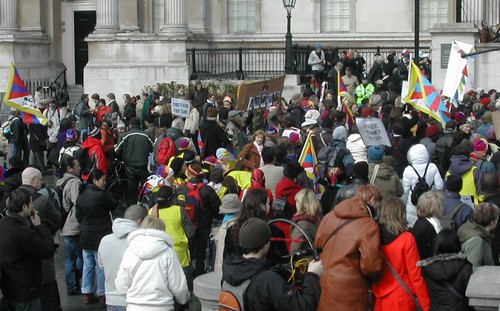 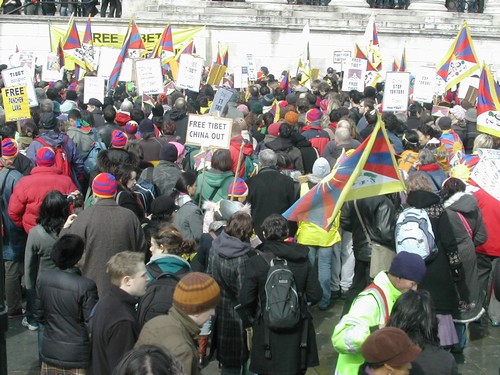 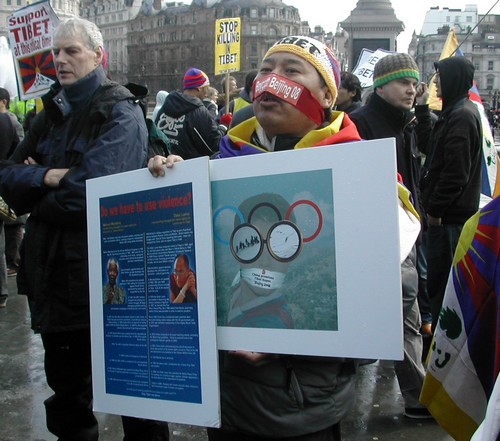 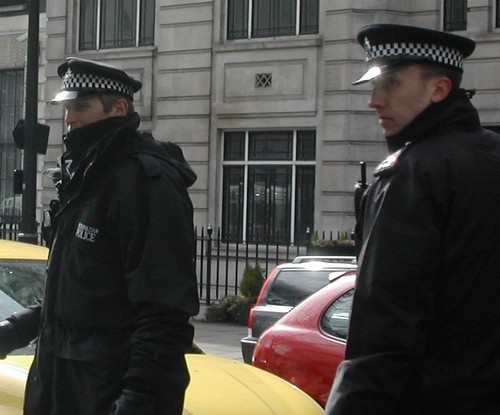 Forward Intelligence (note: no number on shoulder of 'officer' on left) 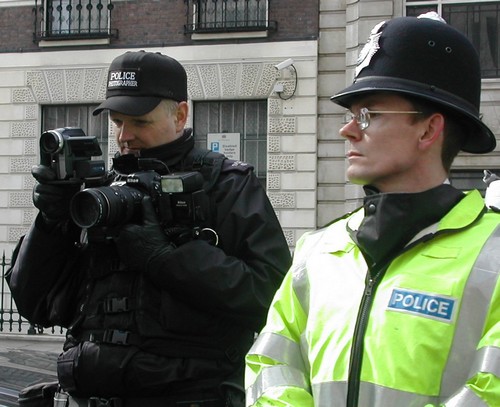 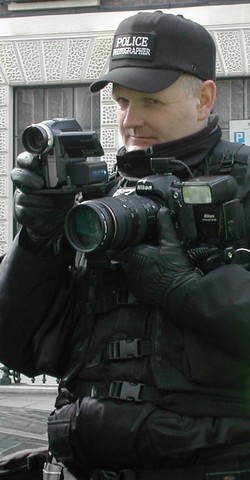 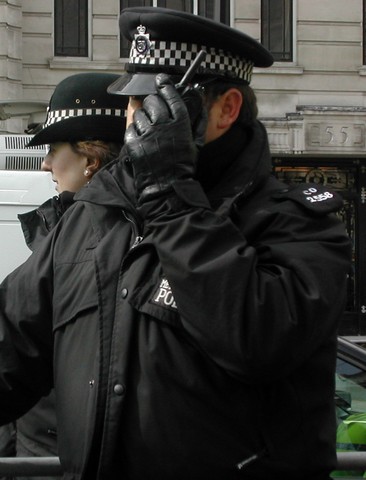 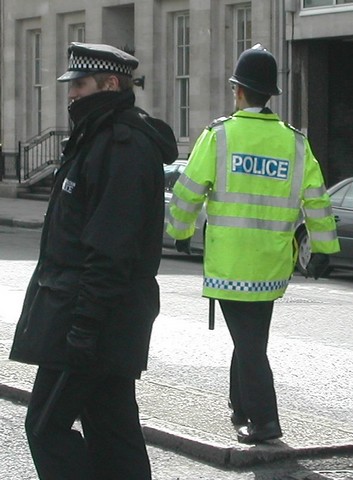 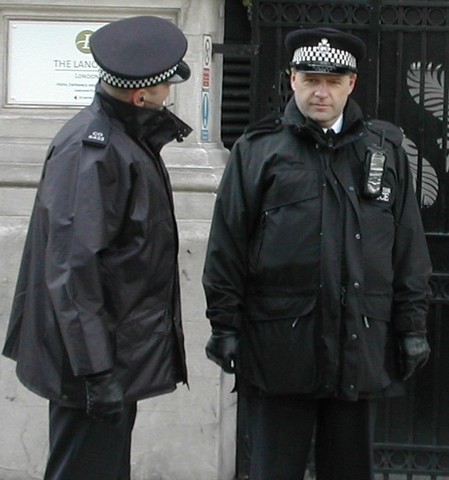 again, no shoulder number on 'officer' on right

Forward Intelligence officers including police photographer were on hand to keep tabs on Tibetans protesting against Chinese repression. Nice to see such close co-operation between the Met and the Chinese authorities.