The National Union of Journalists (NUJ) is to stage a protest outside New Scotland Yard in a fight for photographers' rights, sparked by the police's recent anti-terror publicity. 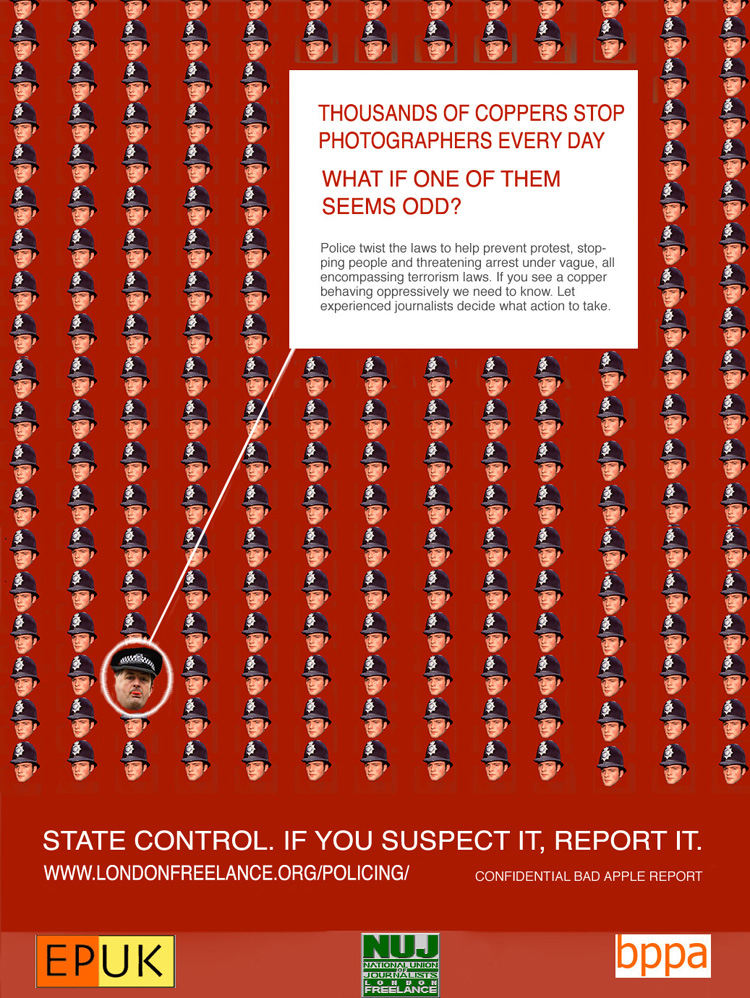 NUJ general secretary Jeremy Dear will stage a 'lone protest' outside the Metropolitan Police headquarters in central London on Friday (28th) at 2pm.

'In recent months there have been attacks on photographers, people have had equipment seized and access has been denied,' claims the journalists' union.

In a newsletter emailed to union members yesterday Pete Jenkins, vice-chair of the Photographers Sub Committee, wrote: 'Editorial photographer members have been somewhat unhappy at the Met Police's latest campaign – a series of posters suggesting that some photographers can look 'odd' and should be assumed to be up to no good.'

Announcing the action the union asserts that press photographers' 'lawful right' to do their job is increasingly under threat.

'Restrictions on the right to protest have gone hand-in-hand with attacks on those of us who cover protests,' adds the NUJ in a statement.

The NUJ has called on press photographers to show their support for its action by joining the 'press pack' covering the protest - making sure they bring along their UK press card.