Students from 'People and Planet' along with other climate activists came to Parliament Square, London on April 1 as a part of the international Fossil Fool's Day protest.
Photographs are copyright (C) 2008, Peter Marshall 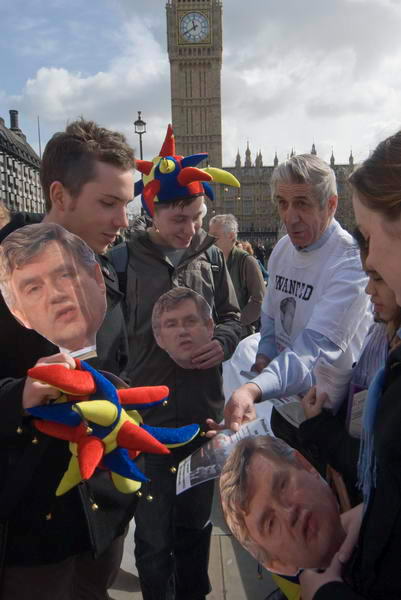 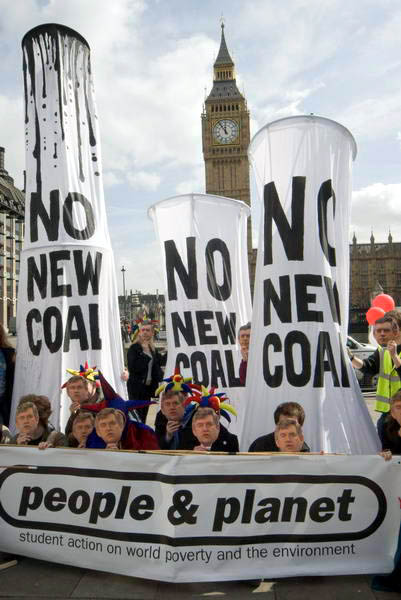 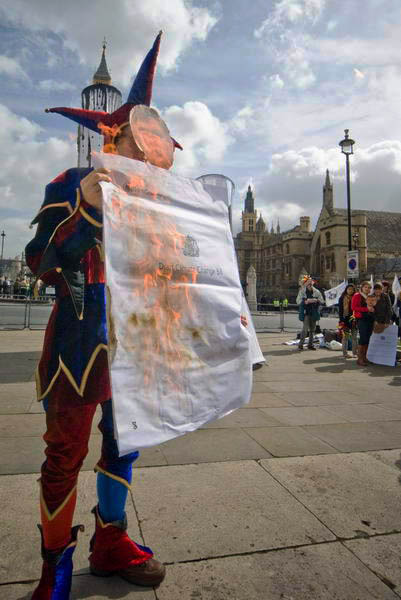 The Bill in Flames 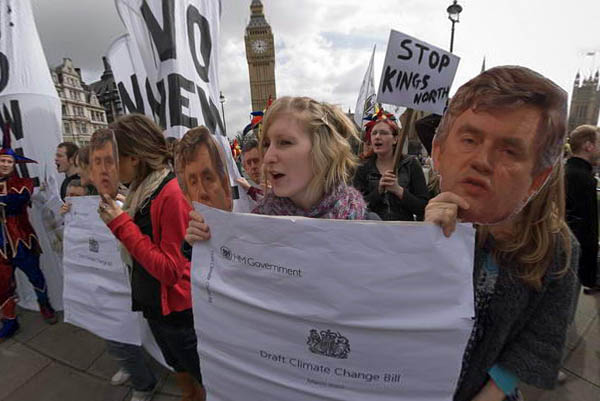 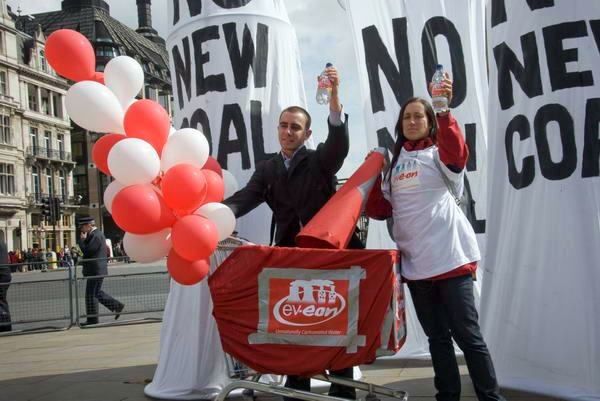 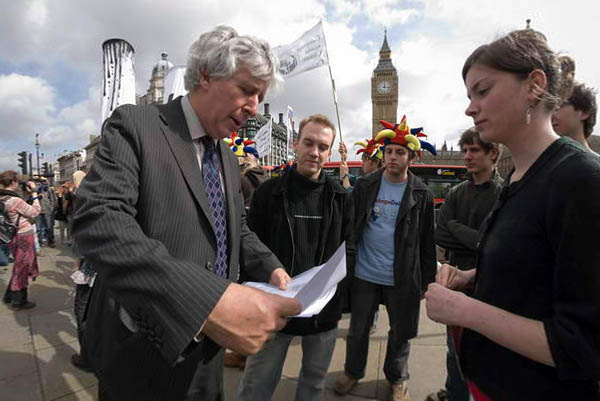 Around a hundred came Westminster to protest about the plans to build a new coal-fired power station at Kingsnorth in Kent, the first of eight such major carbon-emitters being planned. Students brought with them three large white cooling towers, each with a large message 'NO NEW COAL' and one with rather nice grime dripping from its upper lip, and erected them on Parliament Square in front of the Houses of Parliament.

Many of the students also held cutouts of Gordon Brown's face as they shouted advice to him that this programme makes a nonsense of the government's policy on carbon emissions, and several held posters showing the Draft Climate Change Bill, one of which, held by a jester, was set alight with the help of some lighter fuel.

Students went on to lobby their MPs, and a couple, including the Labour MP for Reading West, Martin Salter came out into Parliament Square to meet students from their constituencies.

The launch of EV-EON Unnaturally Carbonated Water a new carbon capture technology (CCS) to be used at E.ON's Kingsnorth Power Station, which began earlier at the London Eye (see report at