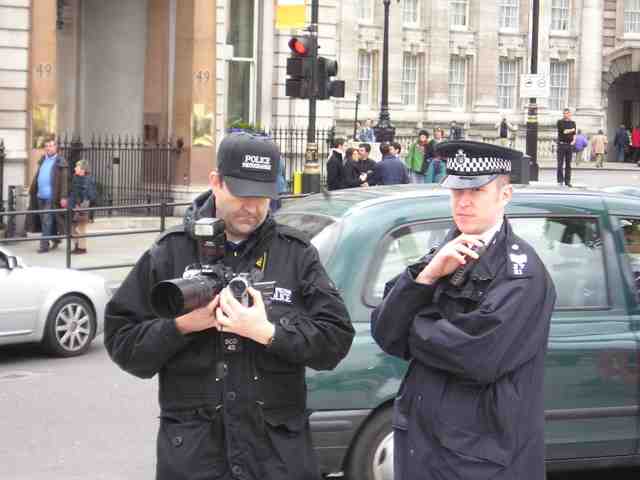 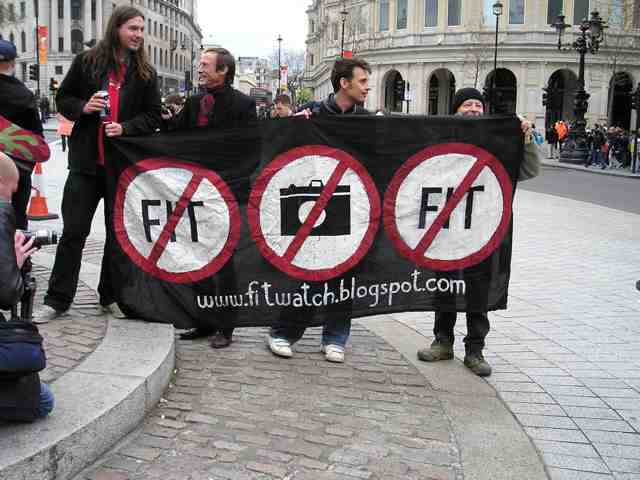 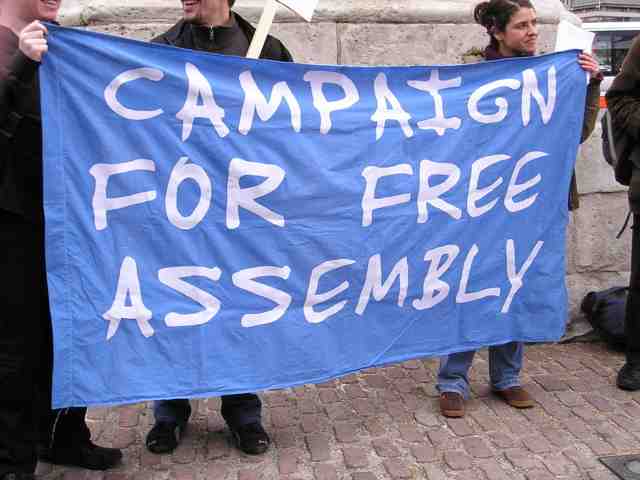 Another banner in Trafalgar Square 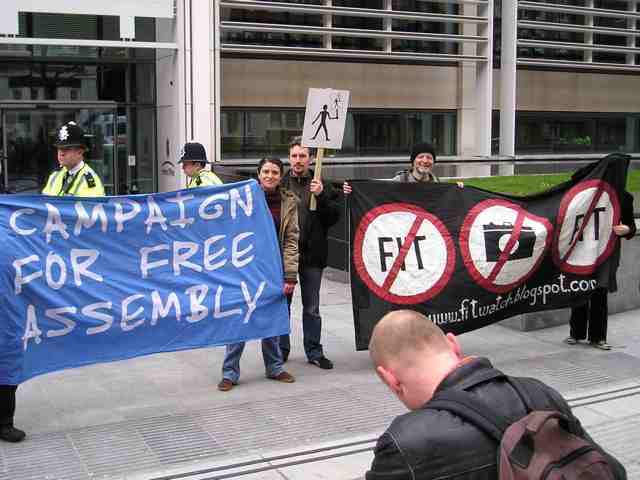 At the Home Office 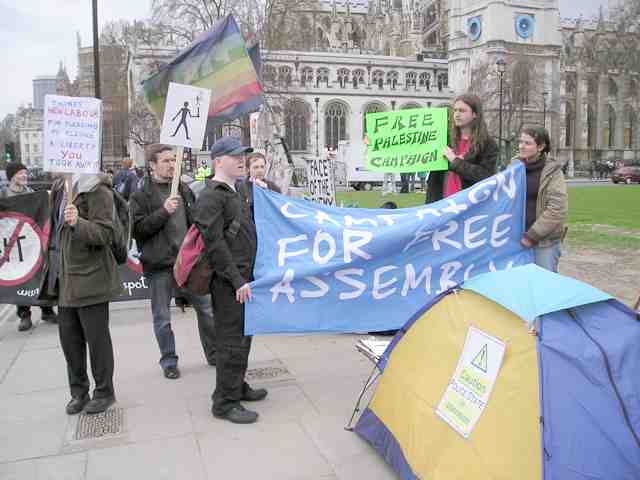 Despite a large police retinue, about 15 on foot and three vans, no attempt was made to stop the display of unauthorised banners in the SOCPA zone. Could this be because of the SOCPA 132-138 proposed repeal perhaps?

One protester was told to stop drinking in Trafalgar Square and to take his can across the river instead. A FIT police photographer was present at the start of the demo as were some media cameras throughout.