After the torch had left there were arguments in Trafalgar Square between Chinese supporters of the Olympics and human rights demonstrators.
Pictures copyright (C) 2008, Peter Marshall. All rights reserved. 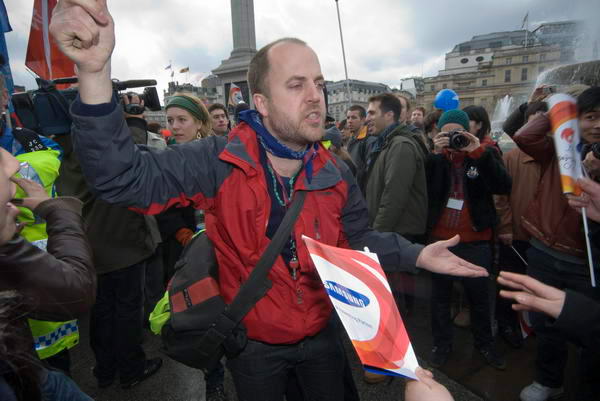 Neither Fingers nor Minds quite met 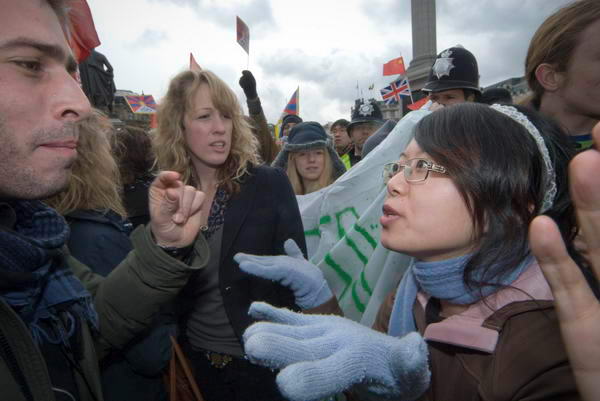 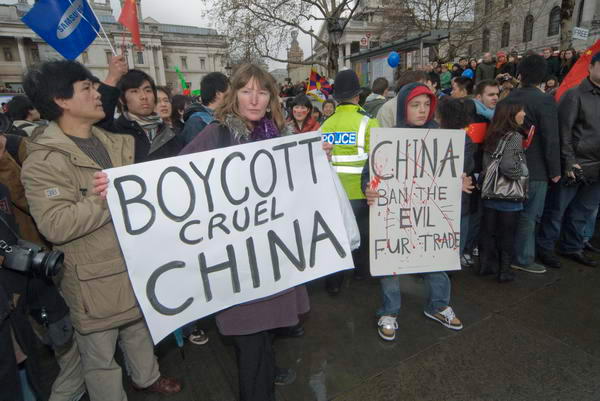 Animal rights supporters called for a boycott over fur 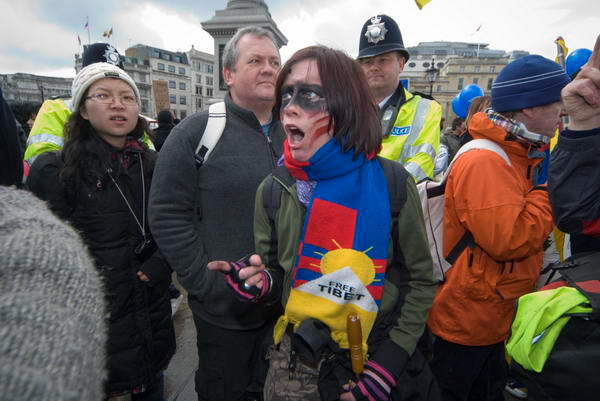 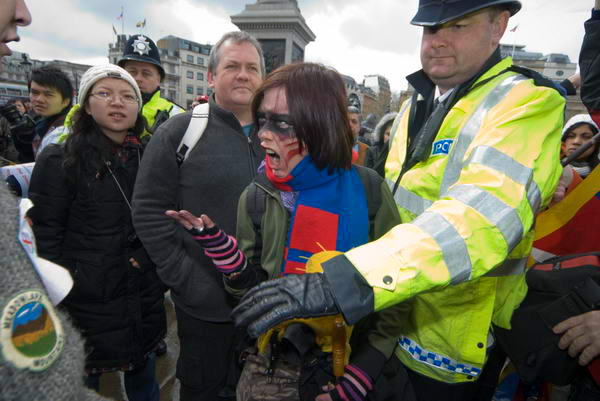 Police intervene with a warning

After photographing the events in Bloomsbury I walked down to see the crowds in Trafalgar Square, arriving just a minute or two after the relay had left.

The square was still full of people, with crowds of Chinese arguing heatedly (if seldom very cogently) with human rights demonstrators. The police in general seemed to be doing a decent job of preventing actual conflict, stepping in to warn those who became overheated or abusive. After a while they decided to clear the square, although a few arguments continued on the North Terrace.

This is an interesting one....A vast animal testing lab is due to be built / completed in the year 2013 at St Pancras.
Many of the people from Europe will be arriving at St Pancras, right next to the lab which will also be virus containment facility containing the plague / ebola / anthrax / smallpox / TB / measles / etc.
28 Days Later springs to mind....seriously though folks....the Olympics is in itself a "terror tatrget" let alone the lab.....