The Tibetan Freedom Torch Relay also came to London on April 6, on its way around the world from Olympia, Greece to Tibet. Several thousand attended a packed rally in London.
Pictures copyright (C) 2008, Peter Marshall. All rights reserved. 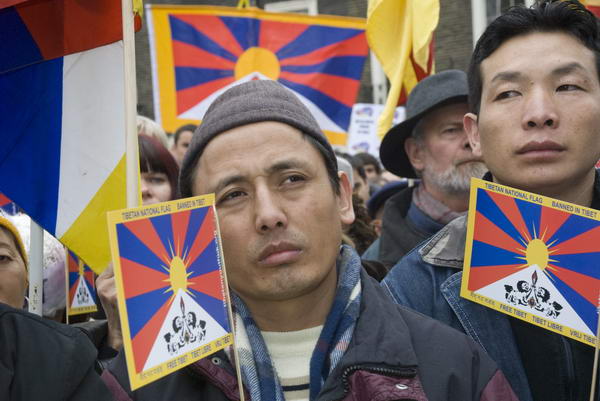 There was a large crowd 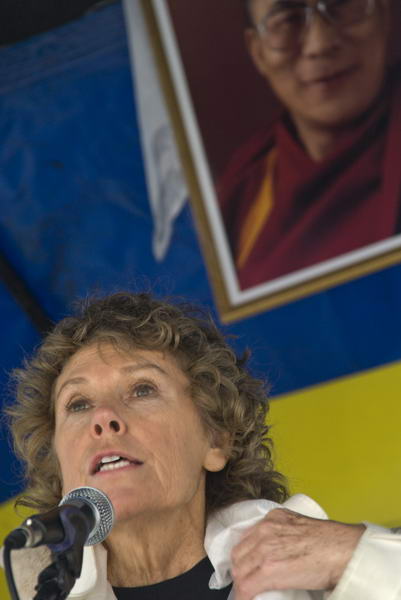 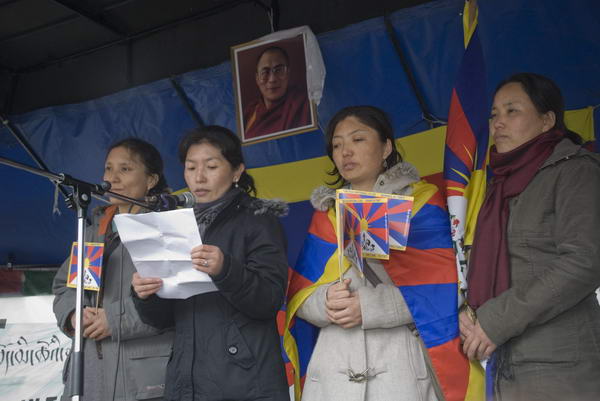 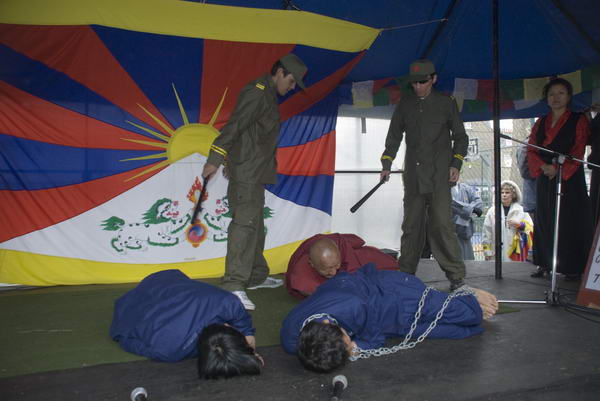 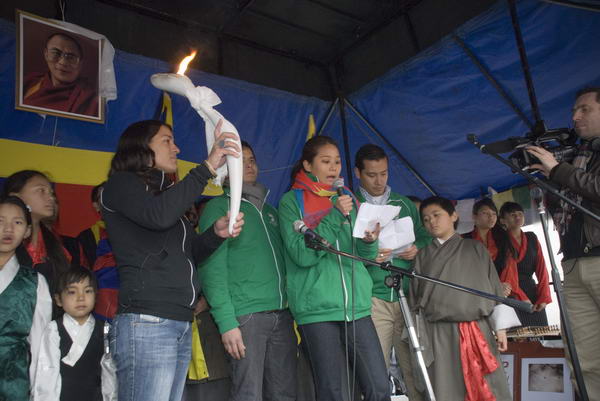 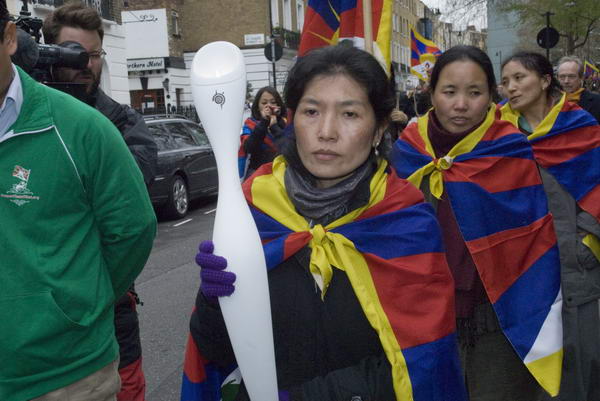 Drapchi nuns lead the torch relay on its way to Paris

Argyle Square Gardens is a relatively small park just south of Kings Cross, and I arrived just as the Tibetan Freedom Torch Relay was starting, to find it absolutely jam-packed.

There were stirring speeches from Kate Hoey MP, Joanna Lumley, Lhadon Tethong and others, and some fine musical performances on stage, both from Tibetans and the incredible Joe Driscoll along with Chino, but mostly it was members of the audience that attracted photographers' attention. The exception came at the end of the event with a short drama depicting the treatment of Tibetans by the Chinese and the Tibetan response, followed by the introduction to the Tibetan Freedom Torch and Team Tibet.

Athletes of Tibetan origin living around the world want to compete for Tibet in the Olympic Games and formed a national Olympic committee and mad an application to the International Olympic Committee to compete in Beijing. They received no response to this and last month withdrew their application, demanding the IOC remove all Olympic Torch relay stops in Tibet, including those in the Tibetan areas now a part of Chinese provinces.

I’d stood on the pavement where the press were cleared to by police in Bloomsbury thinking that the Olympic slogan - Light the Passion, Share the Dream - really needed a third statement to seem complete, and ‘Free Tibet’ made the obvious one. That supplied by the Tibetan Freedom Torch organisation, ‘Freedom and Justice for Tibet’ is just too long to chant.

Team Tibet also appealed to athletes around the world to show solidarity with them by visible actions to protest about human rights abuses by China, and have started their own alternative Olympic torch relay. This began in Olympia, Greece on March 10th, the 49th anniversary of the Tibetan Uprising and has travelled across Europe, with ceremonies in Budapest, Rome, Munich and Edinburgh and London.

I photographed the torch as it was carried by one of the Drapchi nuns, imprisoned and tortured by the Chinese, on its route to St Pancras Station for the train to Paris - - like the other Olympic torch was going on to Paris. From there it will travel through North and South America and Asia, with its arrival in Tibet planned for the first day of the Beijing Olympics.
More pictures on My London Diary shortly 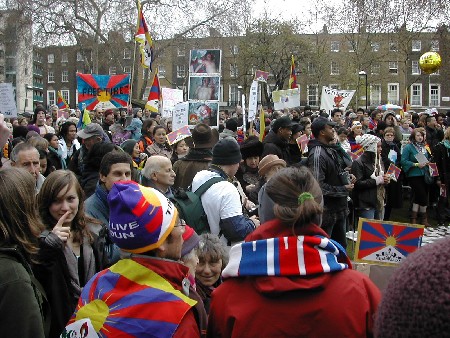 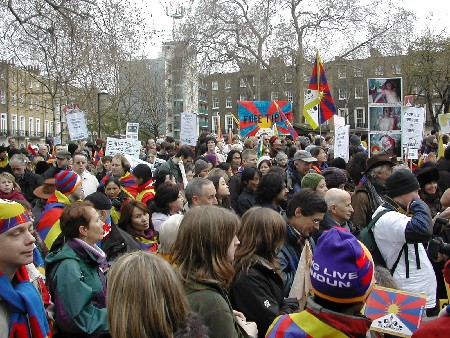 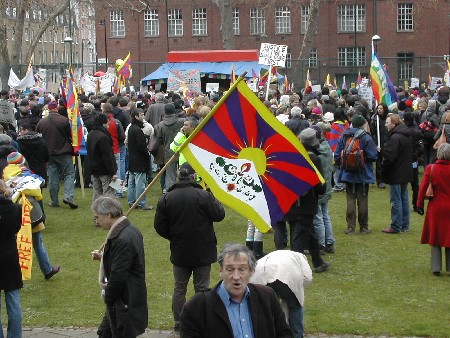 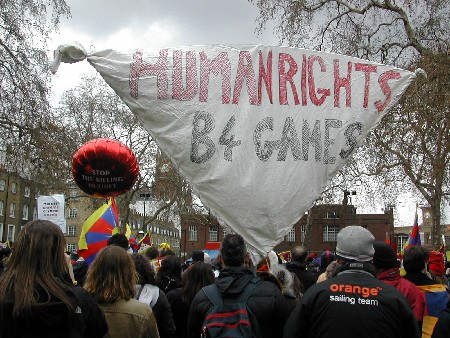 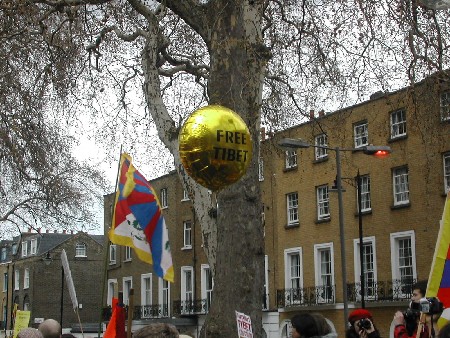 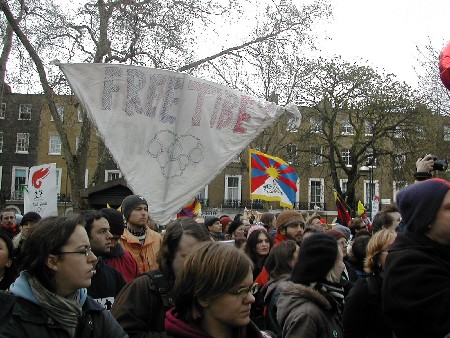 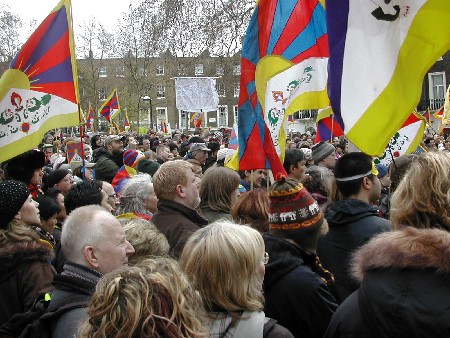 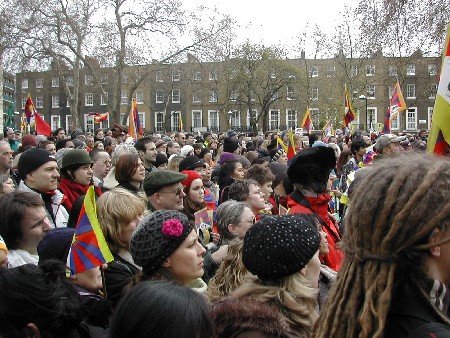 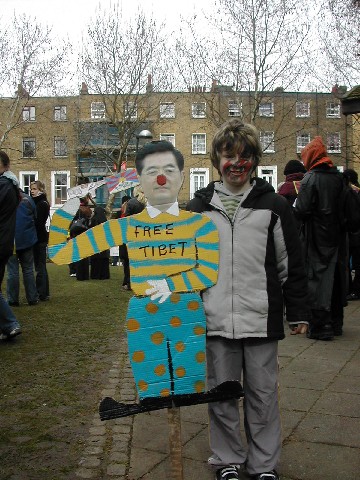 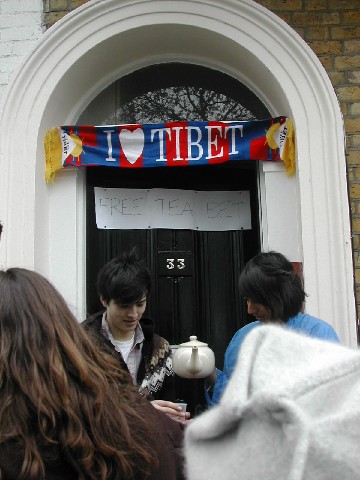 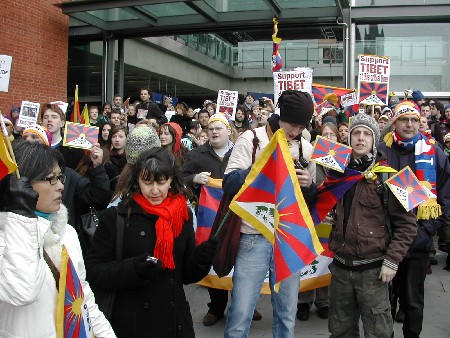 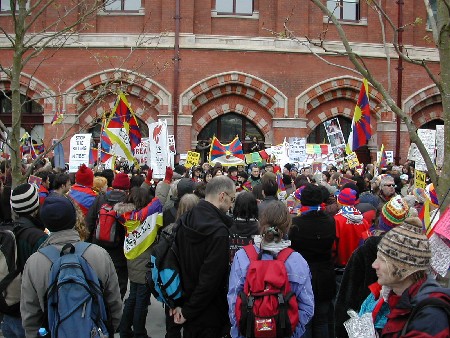 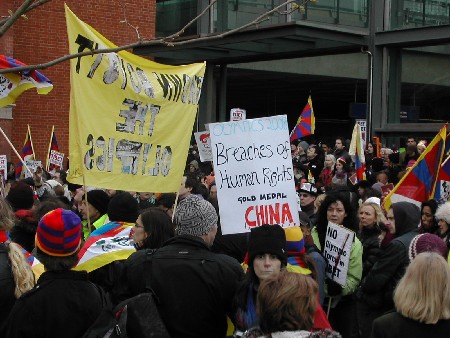