At the last Monday meeting of the Ungdomshusets, consensus was reached to agreeing to an offer of a new building in Northwest of Copenhagen on Dortheavej 61. 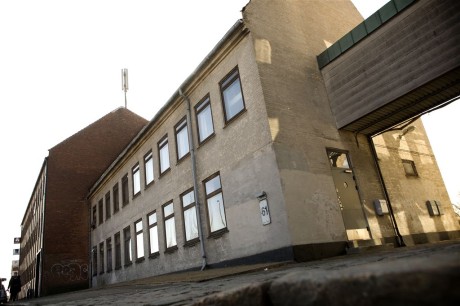 The new solution for an Ungdomshus in Copenhagen has been agreed by all parties involved. The final decision still rests with the city council and will be formalized on June 11th, but publicly several politicians, including the mayor Ritt Bjerregaard, have ok'ed the solution and Ungdomshusets Monday Meeting has agreed as well.

The new house will be in what is now a local culture centre under the council. It will be in two connected buildings, one of which will be split in half. The culture centre will remain in the other half of the building and the city council has agreed to build a new add on to compensate for the space lost to the new Ungdomshus.

The first part of the take over (the smaller building comprising 600 m2) will happen on July 1st. After that the main building will be available for take over on January 1st next year.

There has been very positive contact between the left radical scene and the leaders of the culture centre, who are welcoming the new house.