Alun Buffry BSc, of the LCA, said: “This is serious scientific research and must be followed up immediately, yet it is being ignored by this Government. Likewise, the recommendations of the Advisory Council for the Misuse of Drugs (ACMD). After asking for a review on cannabis classification in law, it appears about to be tossed aside for expedient short term electoral gains.” 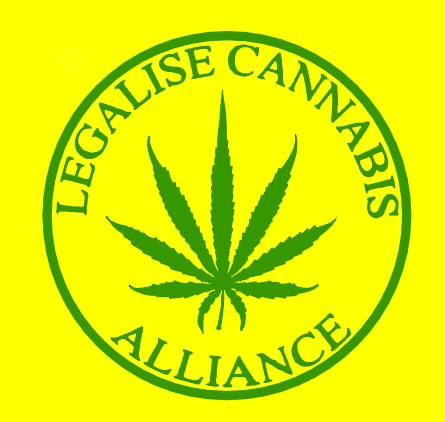 Alun Buffry BSc, of the LCA, said: “This is serious scientific research and must be followed up immediately, yet it is being ignored by this Government. Likewise, the recommendations of the Advisory Council for the Misuse of Drugs (ACMD).

“After asking for a review on cannabis classification in law, it appears about to be tossed aside for expedient short term electoral gains.”

The LCA has complained to the Advertising Standards Authority (ASA), (*3), slamming as useless the Government's misleading "Frank" adverts aimed at children and youngsters who may want to try cannabis, creating fear and confusing youngsters with banal video’s of no true educational value and at high public expense.

Ingo Wagenknecht, a spokesman on for the LCA on the environment, said: “If this Government is seriously interested in reducing harm to teenagers and children, then their own public heath campaign video’s should reflect scientific scrutiny, not mislead those most vulnerable to peer pressure and who are most likely to experiment with cannabis.

“In the absence of real and unbiased drugs education in schools, this is bad advice and we want it banned by the ASA.

“It appears that this Government is intent to increase the number of users amongst the young, by upping the kudos by upgrading cannabis it to a class B drug. They are ignoring the decrease in cannabis experimentation since downgrading.

“One thing is sure - our teenage children are not so stupid as to take brain stores and brain spinning propaganda against cannabis as fact. What they want to hear is the truth - warnings and advice where necessary presented in an accurate and credible manner.

“Frank, the Government's advice on drugs body, has failed miserably at that - at a cost of millions making TV adverts that look like they were made by druggies."

http://www.newscientist.com/article/dn6283-cannabis-extract-shrinks-brain-tumours.htmlRun From The Cure: How Cannabis Cures Cancer And Why No One Knows:

3: Copy of LCA complaint to the ASA.

Re: FRANK 'brain' adverts to the public

The Legalise Cannabis Alliance would like to initiate a complaint against the Home office use of highly misleading and scientifically incorrect adverts, designed to scare and stress youngsters who are liable to experiment with cannabis.

The gist of the adverts is not based on true scientific facts and they are led by arbitrary and polemical statements, not reality.

What applies to other adverts has so seemingly not been taken into account with these public service broadcasts.

We would like to know who and why these adverts have been allowed to proceed and cause stress and alarm in the general public especially the younger generations, when in reality the police, the Home office and many other scientific advisers agree that the use of cannabis since reclassification down to class 'C', has significantly decreased. This is an unnecessary approach and aimed far away from current public perceptional needs.

We would like to point to the latest review of the Advisory Council on the Misuse of Drugs, ACMD, the third one at public expense, clearly stating that the scientific facts underlining cannabis classification and comparisons to other drugs have not changed substantially.

The Governments adverts are crude, wrong and it offends many people who understand more about this subject, it is designed to make a political point, not give scientific and public information to users.

We hope that the ASA is able to differentiate between the two for the sake of public interest and clarity and that they will rule against these defamatory and misleading adverts.

Never has the Government, despite EU regulations and guidelines in existence that advise to take user groups into account when it communicates with the public, it has studiously ignored EU guidance and the need for real unbiased public information.

The costs to the public purse of the latest FRANK Brain adverts,

clearly designed to cause distress and fear, are in our opinion a clear waste of public funds.

We are well aware that the Government is to ignore the advice they thought from the ACMD, at the taxpayers expense, that is their choice. The adverts are untrue and display unscientific and false advice to the whole world.

We urge you to look into these two adverts with a view to recalling them. And we would like you to continue to cast a vigilant eye over the politically expedience that might be displayed in future adverts by this Government.