Around 80 people, many Iraqi Kurds, demonstrated at the Home Office in London today, Friday 11 April, demanding an end to forced deportations to Iraq.
Photographs are copyright, (C) 2008, Peter Marshall. All rights reserved. 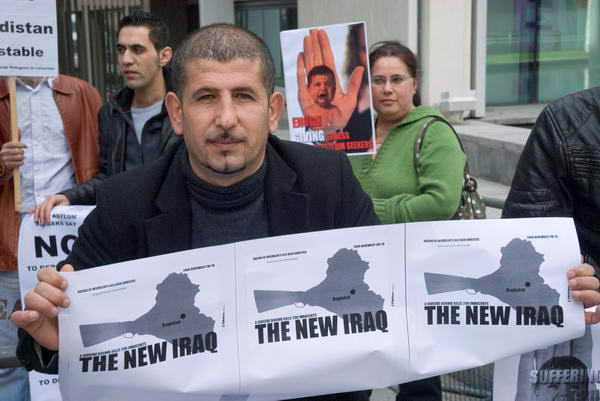 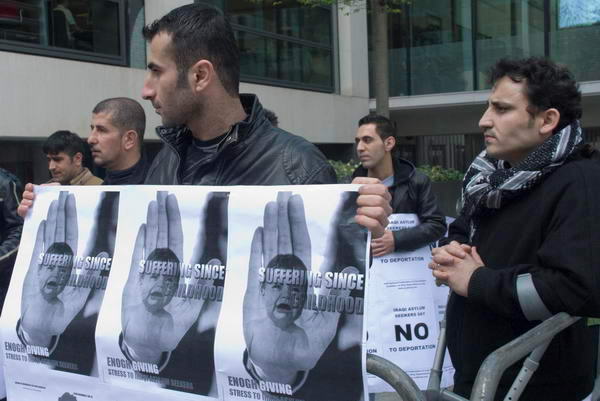 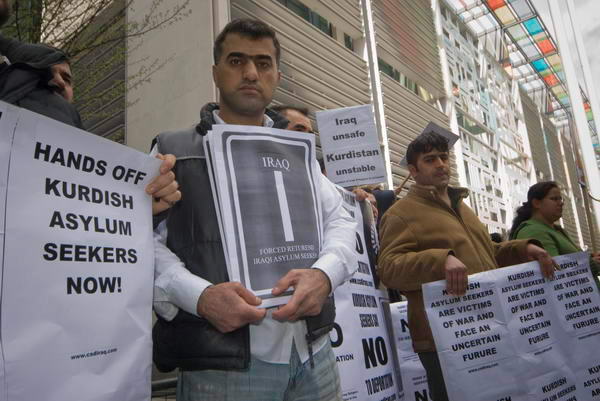 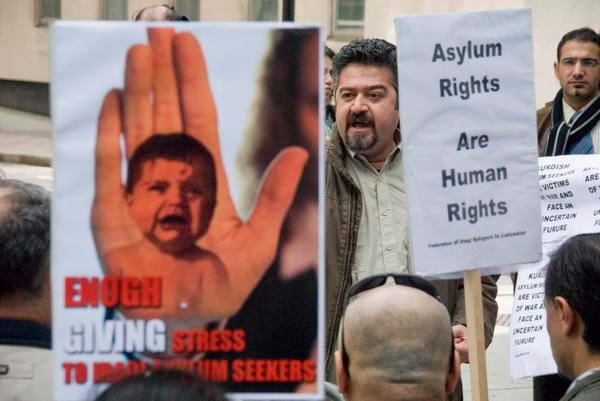 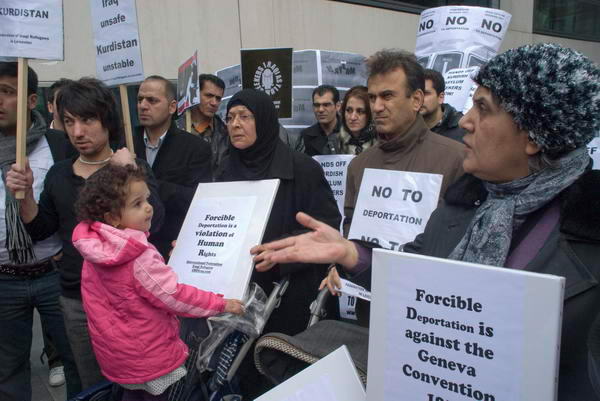 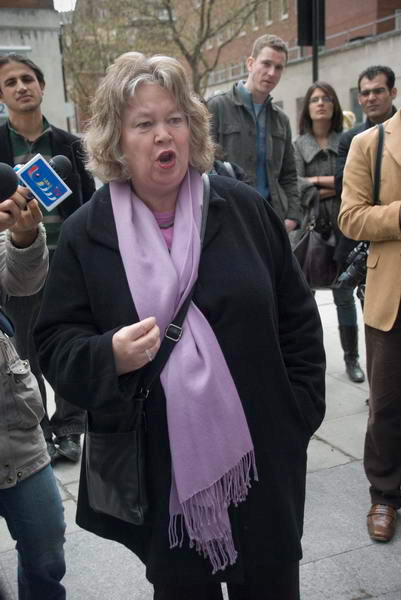 Several speakers addressed the demo in Kurdish and there was some spirited debate as well a considerable amount of chanting in English:

The warmest applause came for Jean Lambert Green MEP for London who came and spoke. As well as being spokesperson on asylum and refugess for t he Green Group in the European Parliament, she was Rapporteur on their latest asylum report.

Shortly after she finished speaking, and while many of the Kurds were having their photographs taken with her, there was a violent thunderstorm, and most of us got rather wet, although I soon went to take shelter under an archway.

The details of the most recent forcible deportation were given in a post 'UK government deports 60 Iraqi Kurds; no one notices' on Indymedia:

http://www.indymedia.org.uk/en/2008/03/395063.html
by Andy Worthington on March 30th, the day after the Guardian had published a feature by Hannah Gordon:

Apart from a short note in the next day's Observer:

http://www.guardian.co.uk/politics/2008/mar/30/immigrationpolicy.immigration
'Anger as 50 Iraqi refugees are sent back' (March 30) which notes that some were from Mosul and Kirkuk andthat the UN has advised against returning people to Kirkuk, there seems to have been - as Andy Worthington noted in the Indymedia post, little attention given to the forced deportation by the media.

Most of the information about them comes from the Coalition to Stop Deportations to Iraq: