Squatted Community Garden Reopened in Reading as Part of Days of Action!

On Sat 12th April, actions took place across the world in defence of squats and free spaces. In Reading, anti-capitalists managed to re-open Common Ground squatted community garden for the day, with a community BBQ and music show, despite a year of struggle with the authorities for control of the space. 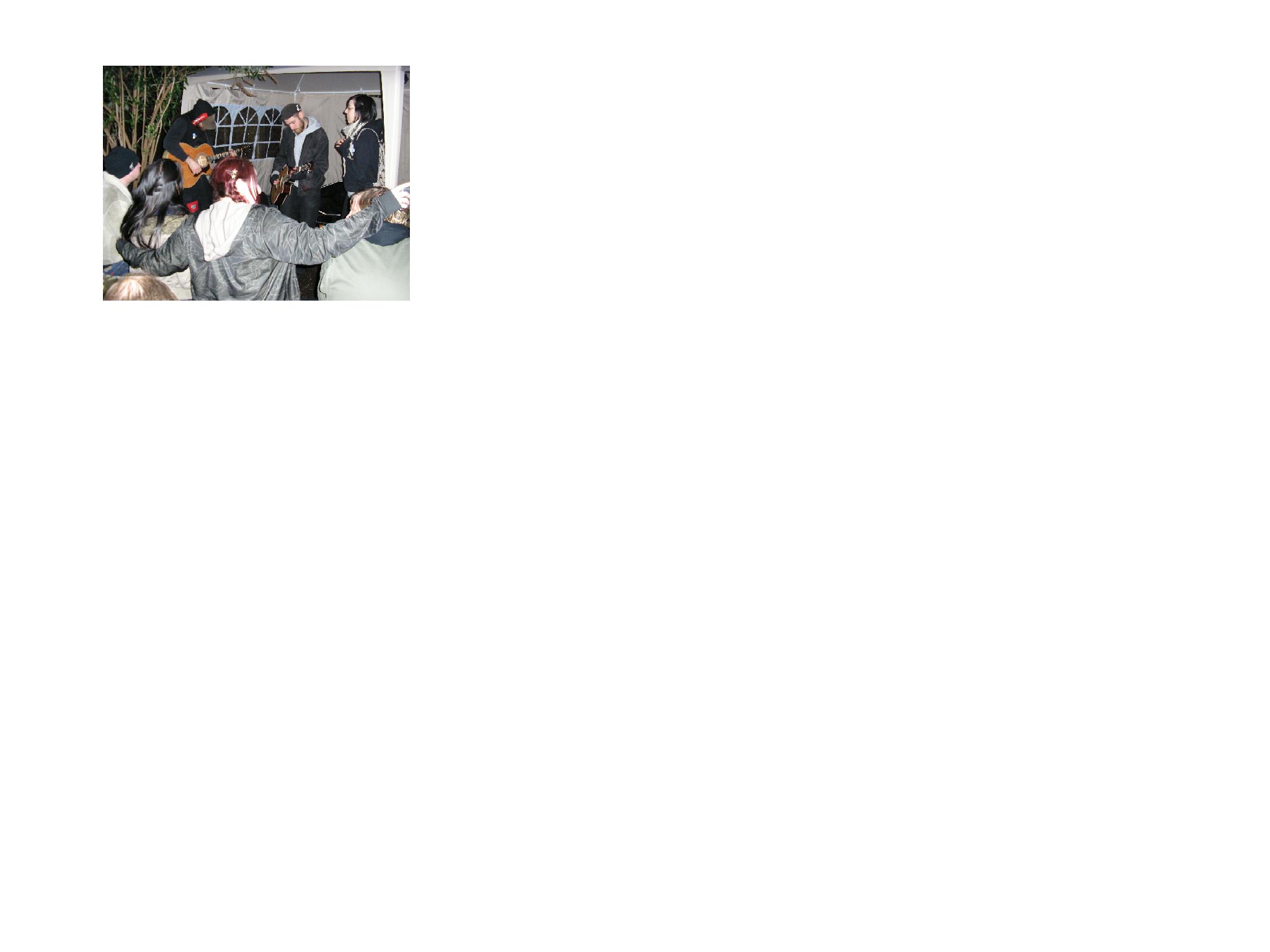 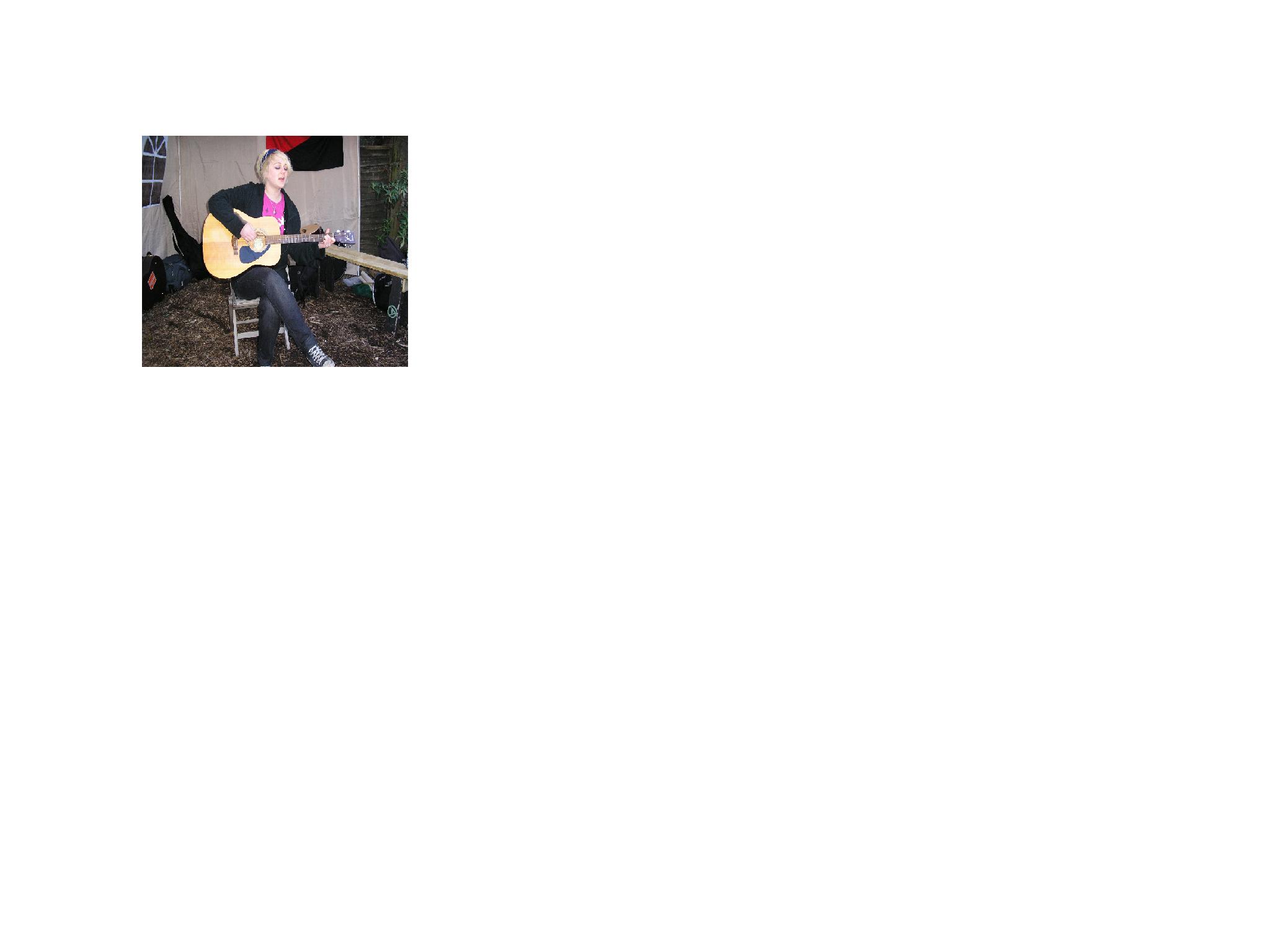 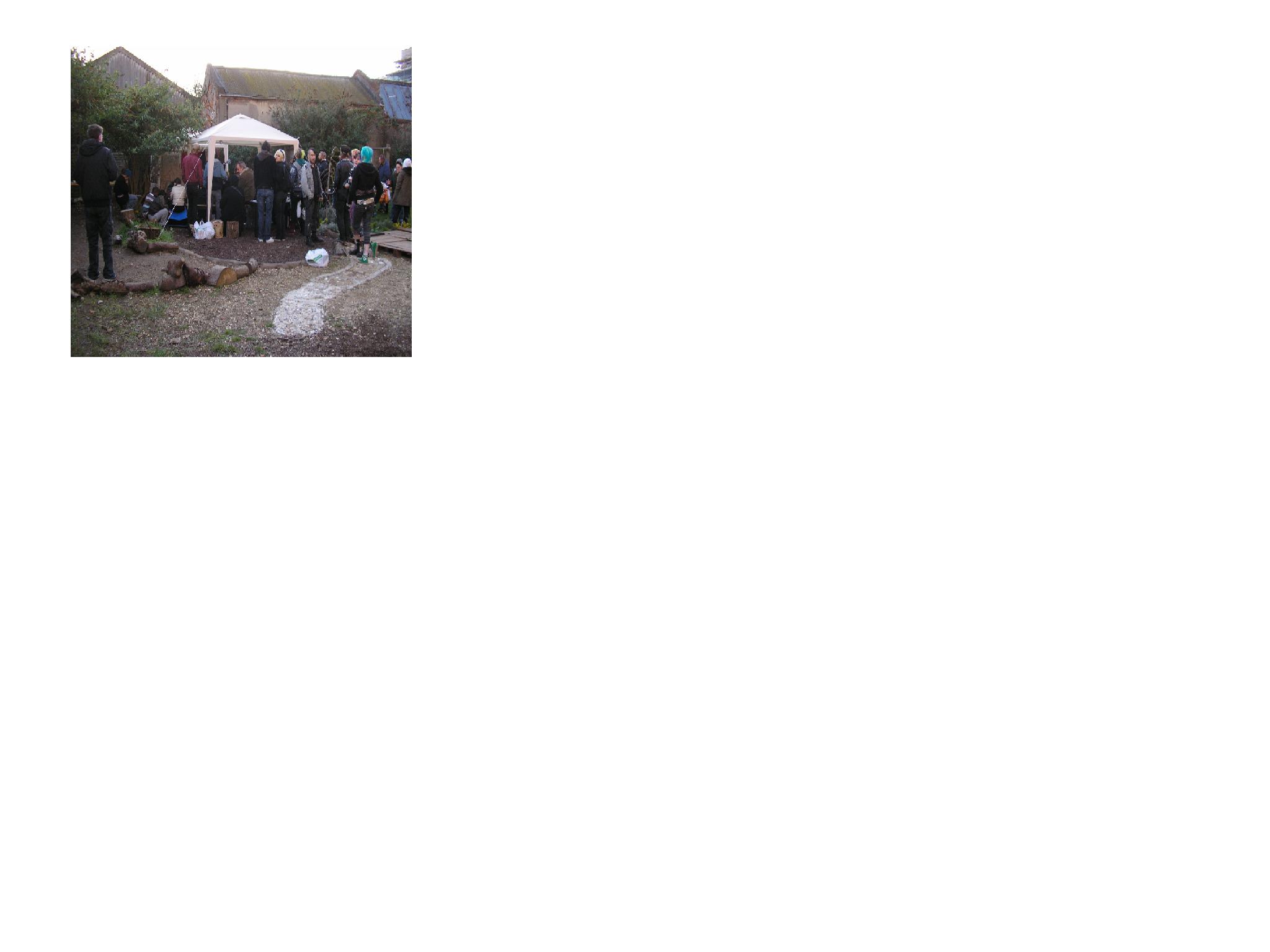 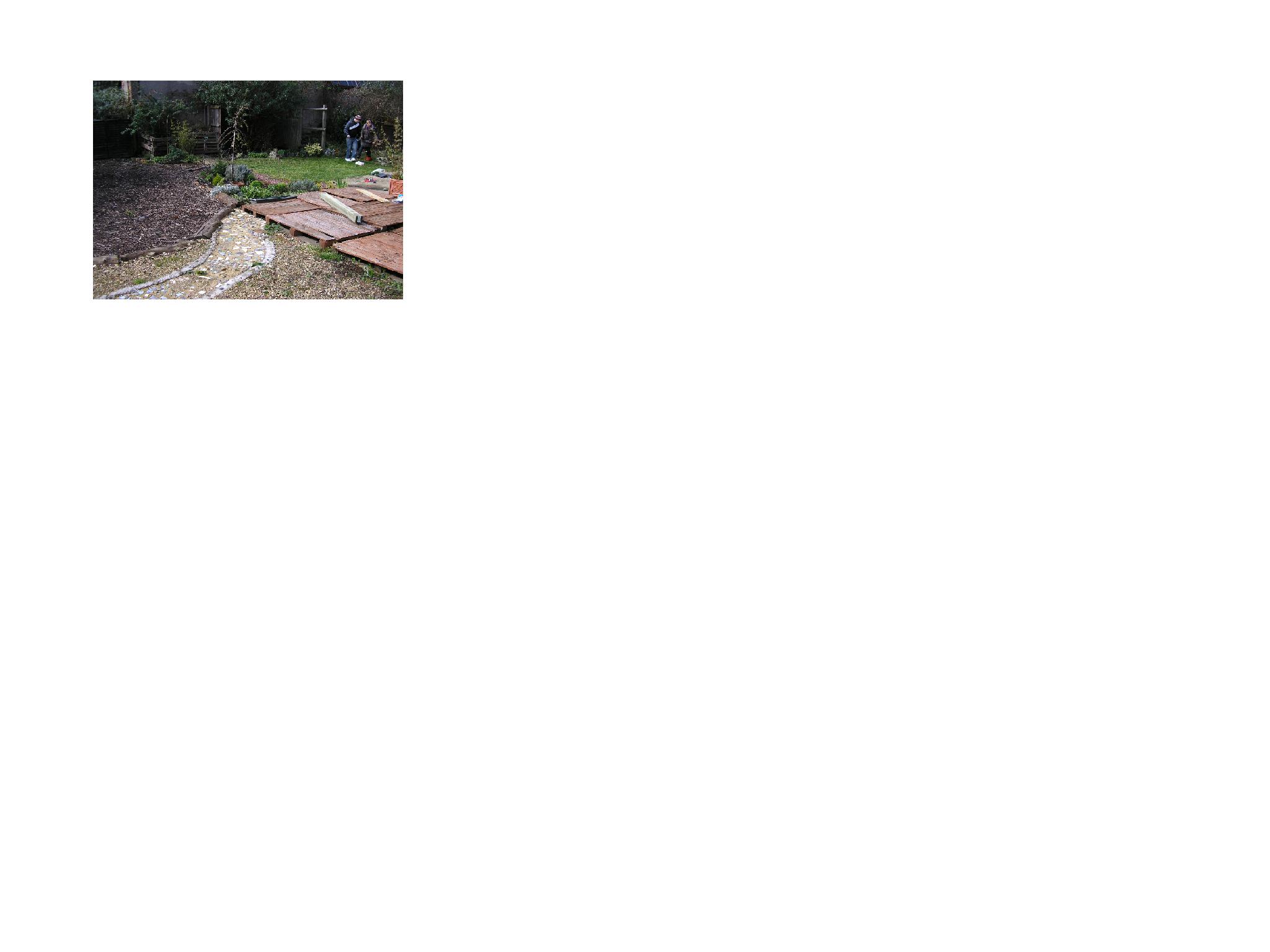 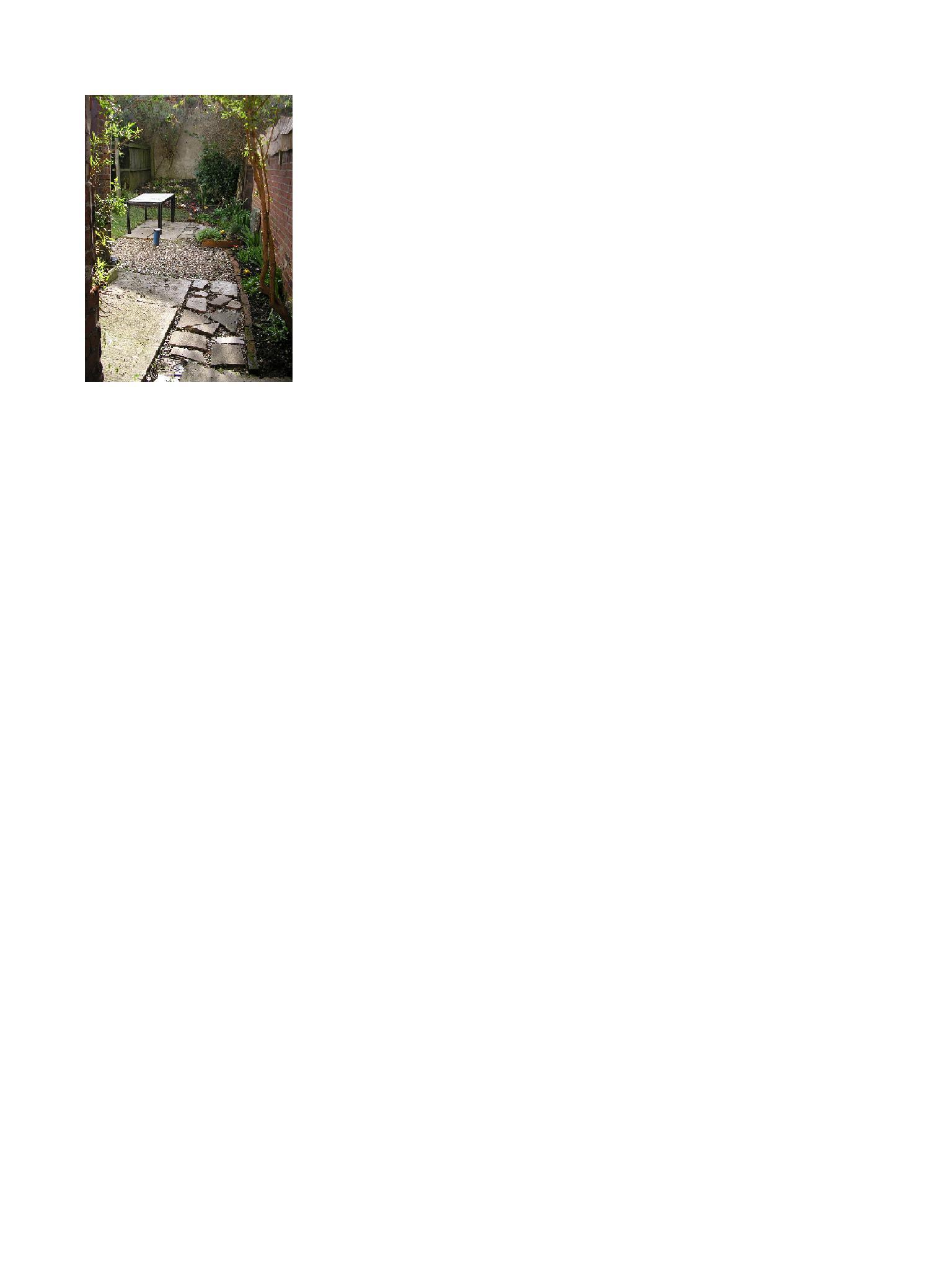 Over the last two weeks local activists have been busy quietly tidying up the garden, building new furniture and fixing a new lock on the gate ready for re-opening. However, a few days ago, RBC changed the locks and re-secured the gate with barricades. No worries though...

For starters, publicity has been circulating for the last month, not only detailing the planned re-opening, but also explaining a 'Plan B' for if the authorities sucessfully stopped the opening. RGA declared that, if stopped, the entire event would relocate to space right outside the Council building, police station and courts, reclaiming it from their authority (and their privatisation plans...)

Happily though, this proved unnecessary. On Saturday, activists from RGA were at Common Ground at 7am, doing work to prepare for opening time. Come 1pm, as people began to arrive, the fence came down and moved aside to create a large (unblockable!) entrance to the garden!

Over the course of the day, many people came through the garden, from local neighbours expressing their support to anarchist comrades from other parts of the country. Local downpours were dealt with (ok, gazeebos had to be bought) and as the day went on to get brighter and drier, more and more people arrived. Everybody relaxed and enjoyed a free BBQ untill evening fell and musicians began to arrive. From 6pm onwards, a diverse crowd of family and friends, neighbours and punks, gathered around for a drink (or two in a few cases!) and showed their appreciation for the acoustic tunes and positive messages plied by PJ & Gaby, Neil Sutherland, Kelly Kemp, Clayton Blizzard and Sam Russo. Finally, a few sober comrades tidied the whole place up and the crowd drifted off into the night, before the fence was re-attached, securing the garden, and several tired but chuffed anarchists went off the bed.

Just to mention, this is only one persons opinion but in many ways this was the most successful event held in Common Ground yet. Ok, a few neighbours complained when a couple of visiting hippies started their drumming, but this was quickly dealt with and at least one of those neighbours was later seen dancing on her balcony to PJ & Gaby. Aside from that, this was the first event held at the garden which was completely left alone by the authorites. Previous events have happened despite interference (such as injunctions, evictions attempts and hired security guards) but this was the first time they simply stayed away. Over the last year the activists involved have proved to the council that they wont be stopped and that attempts at criminalising the project achieve nothing except wasting a lot of money. Clearly, Saturday was a major victory, with the council giving up.

Keeping the garden open everyday may prove impossible due to the size of the organising collective and the lack of permanent occupation making it easy for RBC to simply re-secure the gate each time it is opened. However, the probability of a community garden being created legally nearby as a result of this project means RGA have proved direct-action gets the goods and a fair few neighbours have expressed an interest in getting involved in this local anti-capitalist organisation for further projects.

Cheers to all involved for a good day and solidarity to all the others around the world who participated in the days of action!

Notes for the editor or the 'really really interested'....

*The garden, originally created by local squatter, neighbours and anti-capitalists 'RGA' (Reading Grassroots Action), sits on Reading Borough Council (RBC) owned land which had been left a derelict junkyard for at least five years previously. Through donations and recycling, the garden was created almost for free and organised through regular directly-democratic meetings. Despite RBC gaining an eviction order for the squatters and an injunction banning the garden being opened, it was opened in May 2007 with over 200 people passing through over the day and was then opened everyday and enjoyed by many diverse members of the community over the summer. The garden was finally closed down and the squatters evicted (after two previous evictions were seen off by local protest) in October. Shortly after, three activists were arrested attempting to reopen the garden and the garden has again been left derelict by RBC for five months. 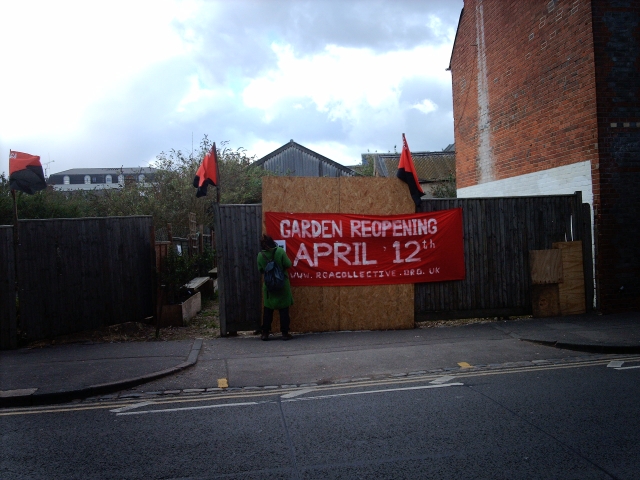 Bollocks to RBC! We reopen anyway! 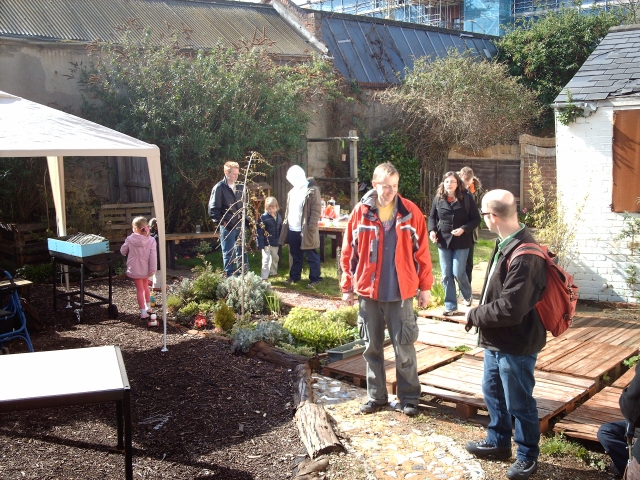 Congratulations to all concerned! Good sympathetic report in local press.