A group of biofuel activists made a colourful banner and flyer tour of Brighton city centre and Sussex University on Tuesday raising awareness around a new law which came into affect as of yesterday. The RTFO or “Renewable Transport Fuel Obligation” has mandated 2.5% biofuels at British fuel pumps from April 15th, and thereby hugely increased UK consumption of biofuels. 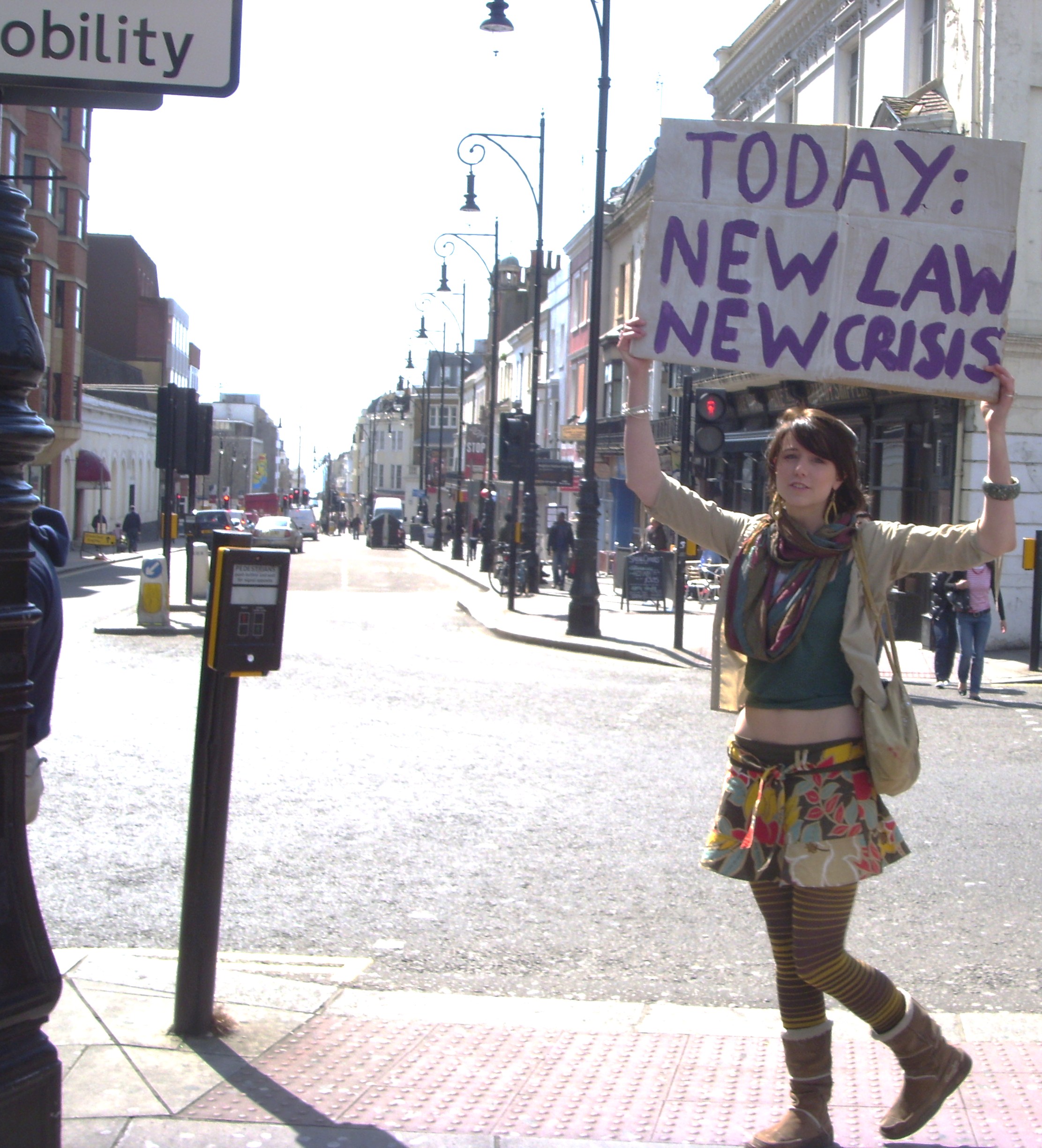 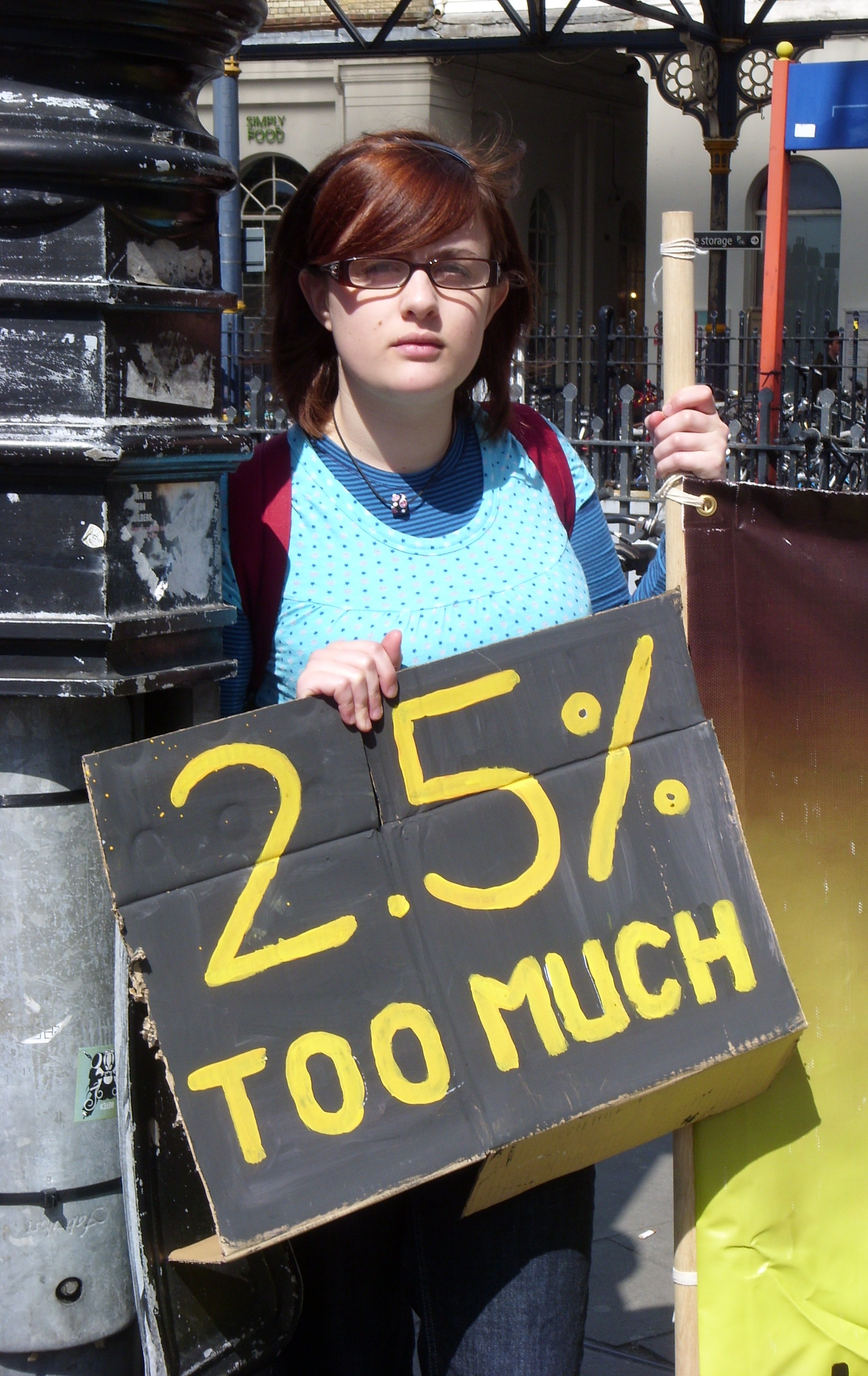 The new RTFO mandates all British fuel to be 2.5% biofuel blend 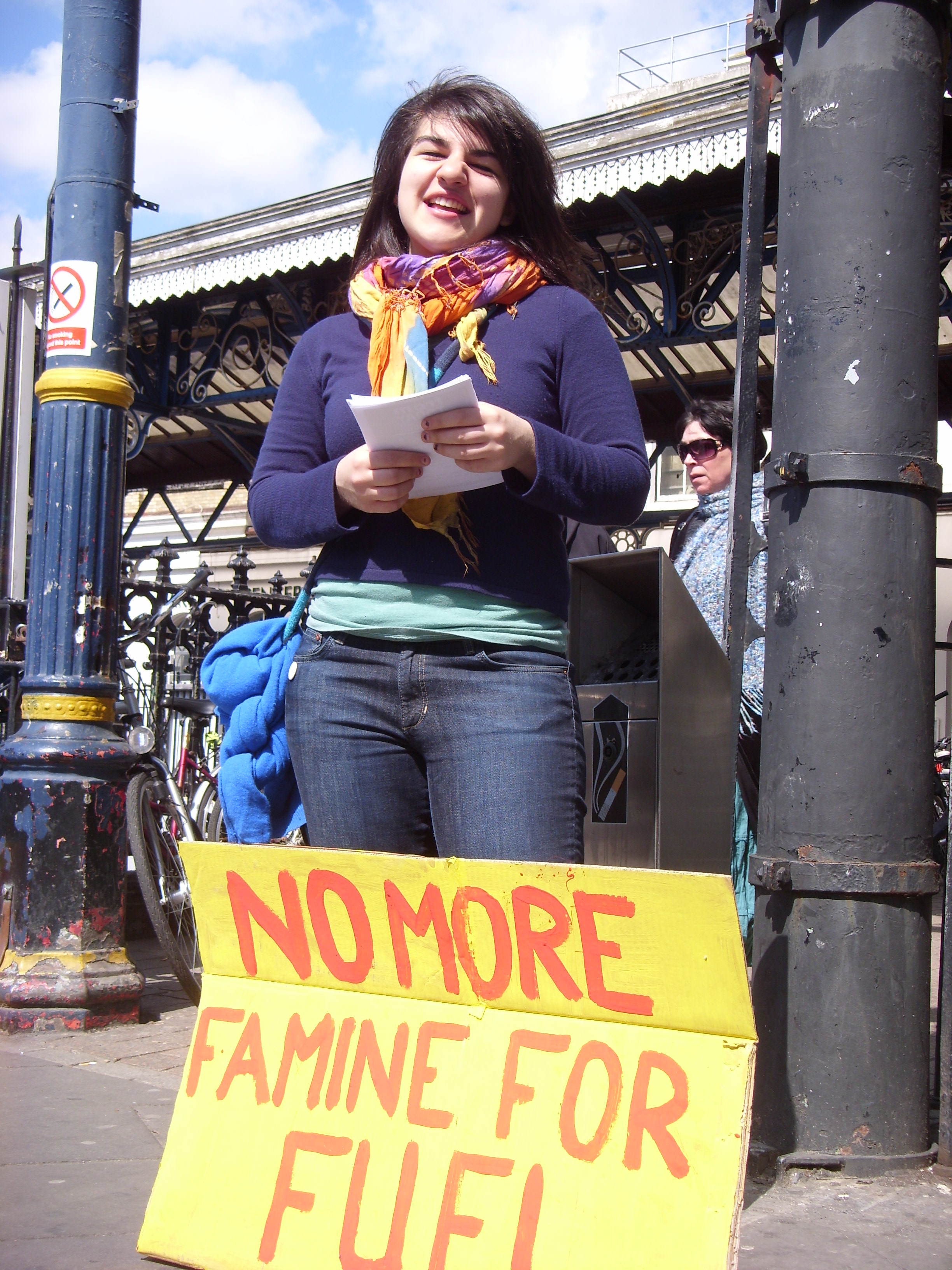 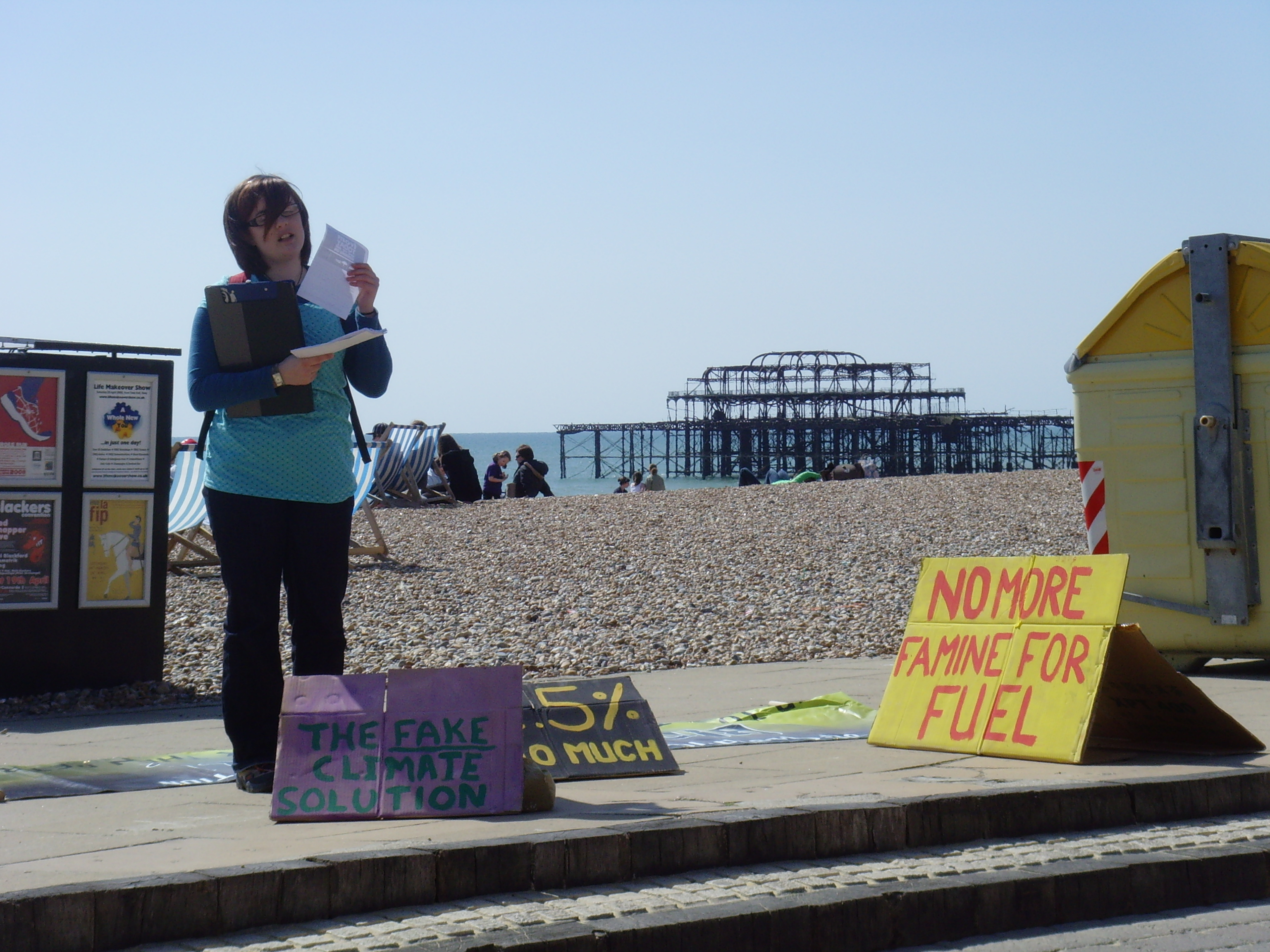 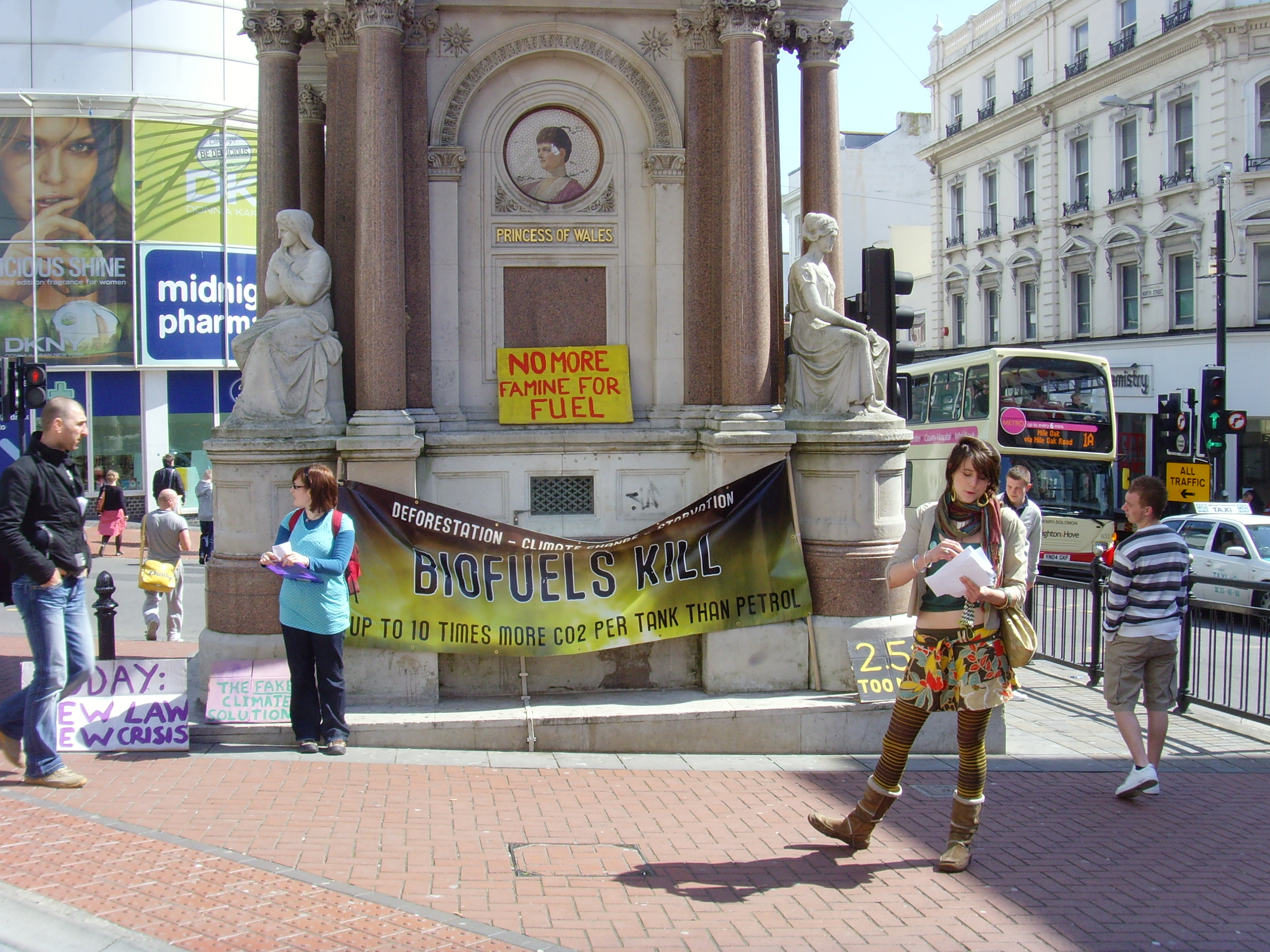 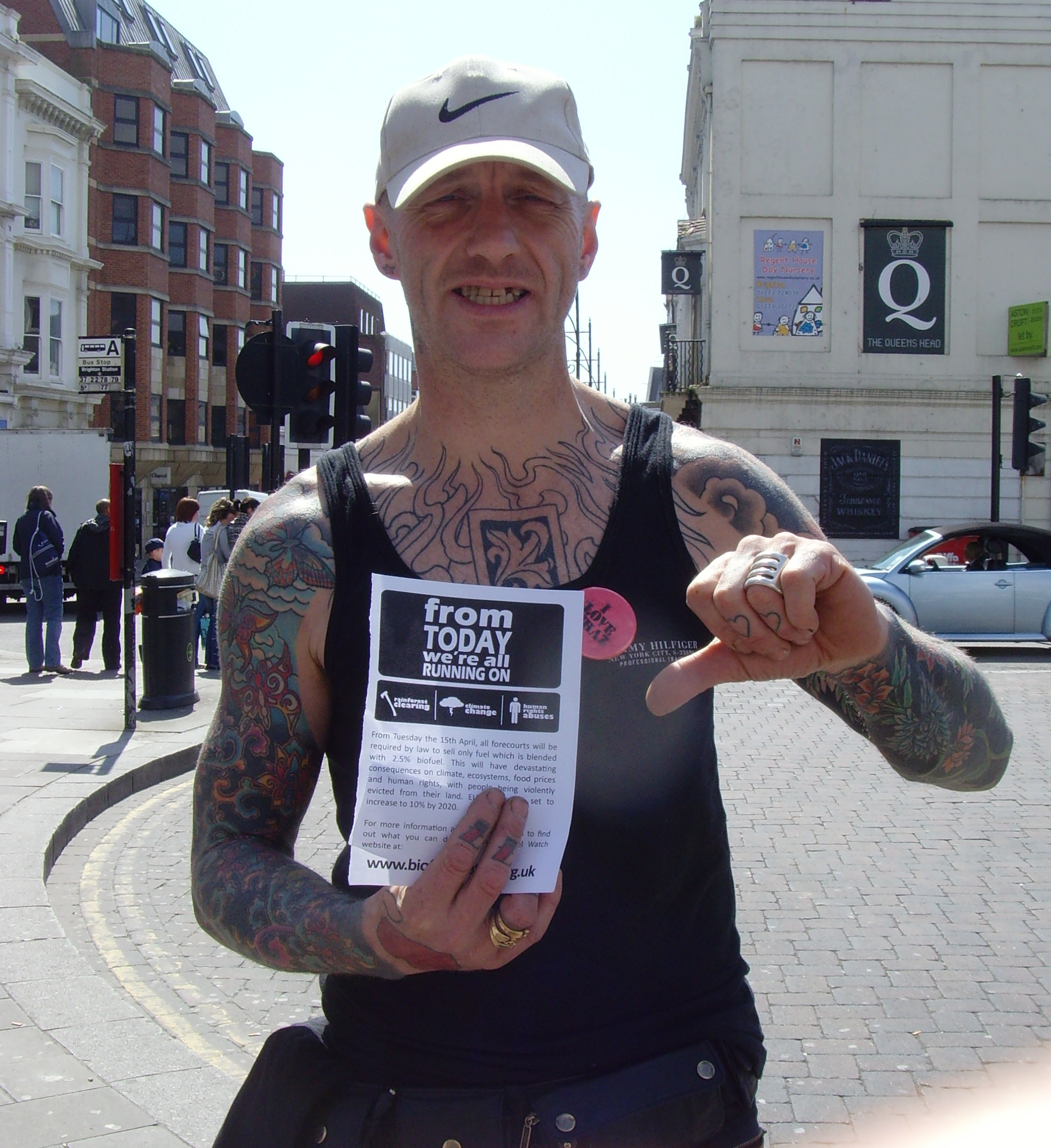 Demonstration against the RTFO, April 15th

Amongst such headlines over the last fortnight as "Food shortages threaten to become the biggest crisis of the 21st century" the U.K. government has nevertheless conceded to EU plans to mandate massive amounts of biofuels into petrol and diesel across Europe. Environmentalists have warned for years that these EU targets will wreak havoc on the climate and food supplies, and eco-systems and people in the global South. These concerns are now echoed by senior scientists and policy makers. EU targets are set to increase to 10% by 2020.

Alison Freeman chair of the Environmental Society at Sussex University stated, “Our primary concern is to break the illusion the government and corporate sector is propagating of these fuels as “renewable”, “green” and “bio” which deliberately obfuscates the issue for the general public. Our message is simple: biofuels kill. The current system’s unyielding hunger to burn nature and humanitarian recourses in the engine of the capitalist machine will pull us all over the edge! We must stop Western economies internalising these fuels before it is too late”.

The Brighton biofuel protest was part of national reaction, with groups protesting across the country including Aberdeen, Bristol, Cheltenham, Edinburgh, Leeds, Manchester, Nottingham, Norwhich and hundreds outside Downing Street in London. On the 6th of August a mass national action against agrofuels will take place as part of this year Climate Camp- see

http://climatecamp.org.uk/agrofuels.php to get up date information.