April 25th is the Birthday of a little boy kidnapped by the Chinese government...perhaps a nice birthday present for him would be your signature on this petition... 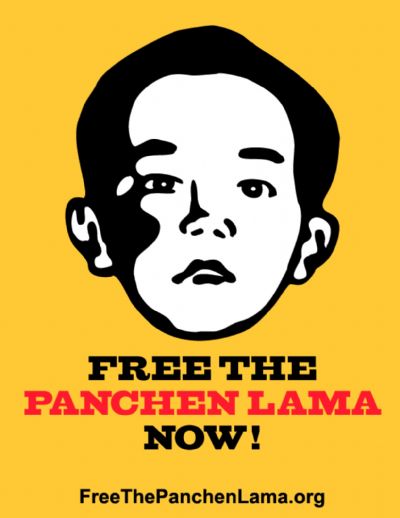 The boy is recognized by the indigenous leader, Tenzin Gyatso, His Holiness the Dalai Lama XIV, as inherently and potentially one of Tibet's most important religious and cultural personages. He is known as the Panchen Lama, a revered ancient title in which he was destined to study the traditional psychological and philosophical traditions. Unfortunately, due to the invasion of his homeland, he is now one of the young victims of China's brutal repression of the Tibetan people.

Determined to control religion in Tibet, the Chinese authorities kidnapped this young boy and his family in 1995 just days after he was recognized as the Panchen Lama. He is growing up under house arrest. Despite repeated appeals to gain access to him, no international agency or human rights organization has been granted contact with the young Panchen Lama or His family.

But the story is not over.

Suspicions that he had been kidnapped were confirmed in 1996, when the Chinese government admitted to holding the boy and his family in "protective custody."

After repeated attempts to locate and visit the boy, not one international agency or human rights organization has been allowed to meet with the Panchen Lama or his family, and their condition remains uncertain.

Furthermore, in an attempt to establish their pre-eminence in all "internal affairs" of China, political or otherwise, the atheistic Chinese government nominated and selected their own 11th Panchen Lama in November 1995. Their selection, a six year-old boy named Gyaltsen Norbu, is another young victim in China's plan to undermine and control the Tibetan people, their religion, and their nation.

Please, sign the petition for the release of the 11th Panchen Lama.