On April the 11th the Tekenschool (part of the Rijksmuseum Amsterdam) was squatted by the April 2008 Coordination Group. The building was used for socials and workshops and as a base for Indymedia NL. It was also the meet-up points for the RTS action on Saturday 12th April, which was attended by over 300 people: Video. 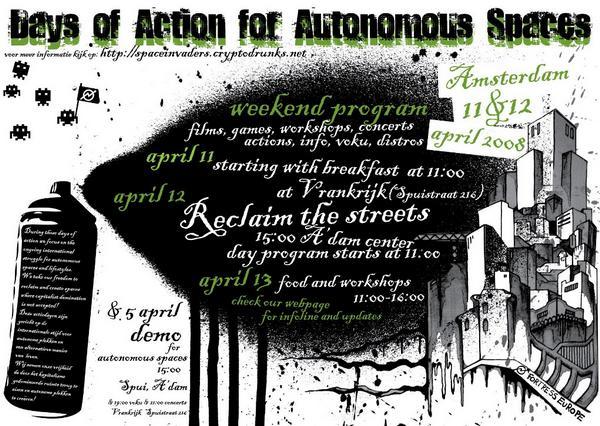 Prop for the Days of Actions for Autonomous Spaces. 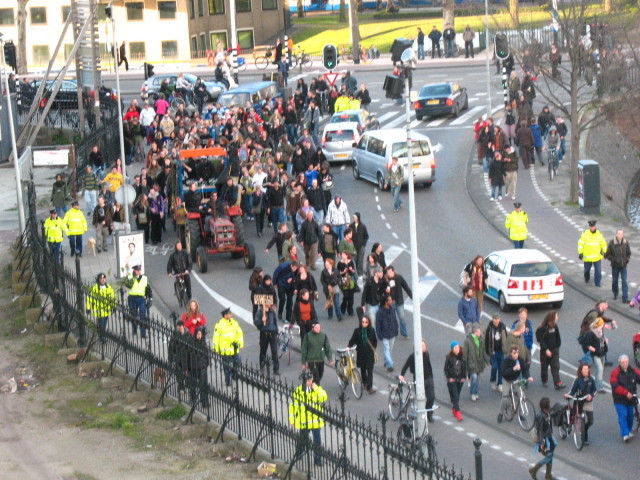 RTS on the move 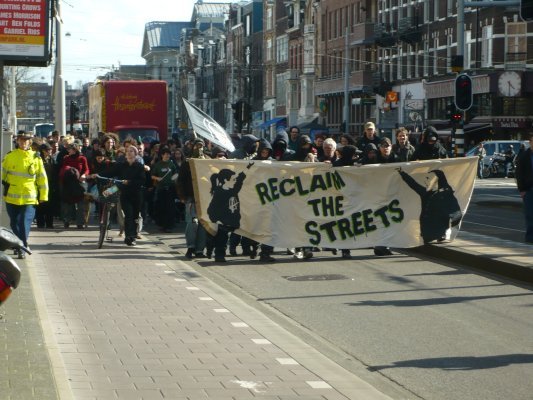