The annual World Day for Animals in Laboratories vigil at Harlan / Hillcrest, animal breeders for the vivisection industry, results in a call-out of (practically) the entire Leicestershire Constabulary! 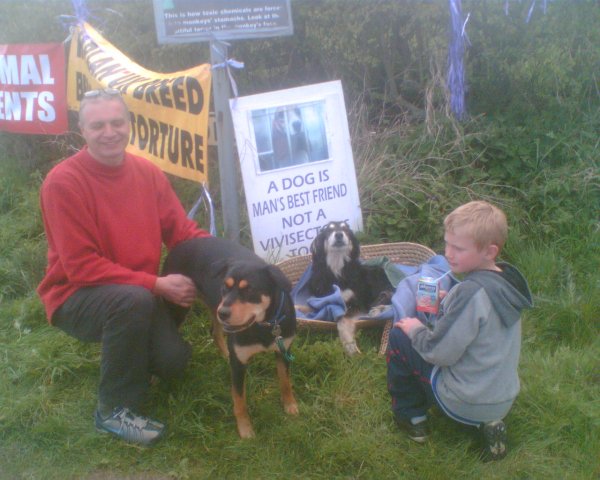 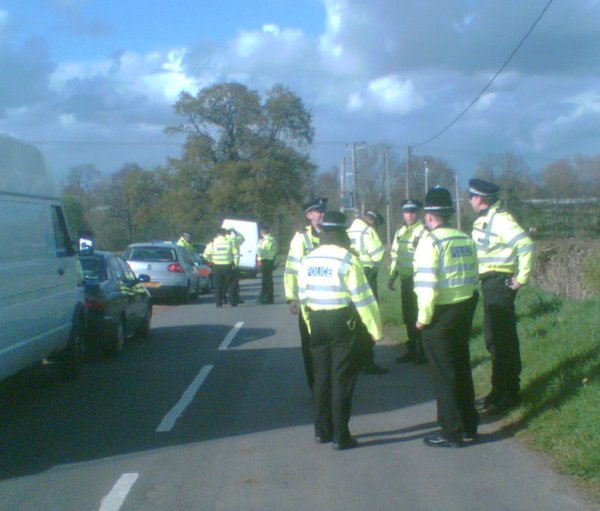 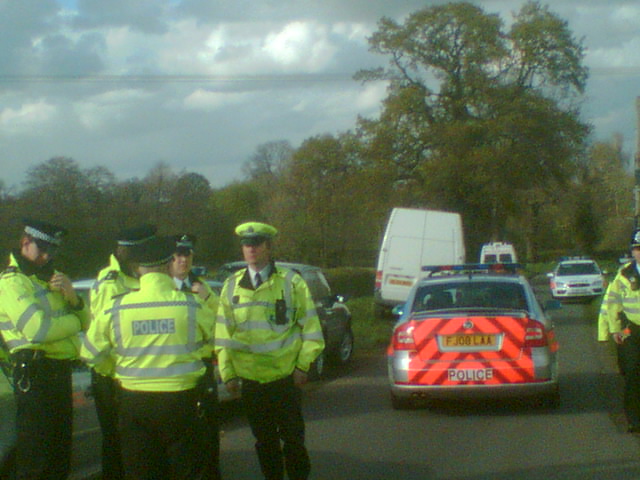 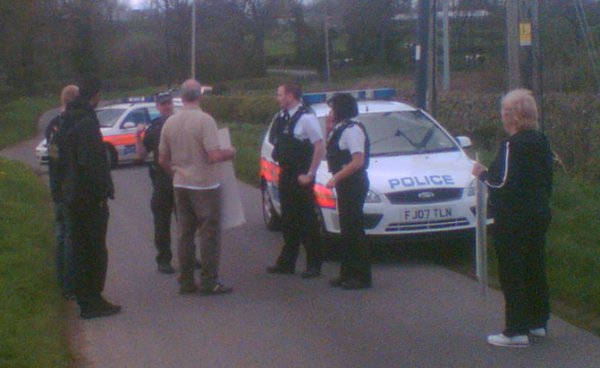 Thanks for the Blockade 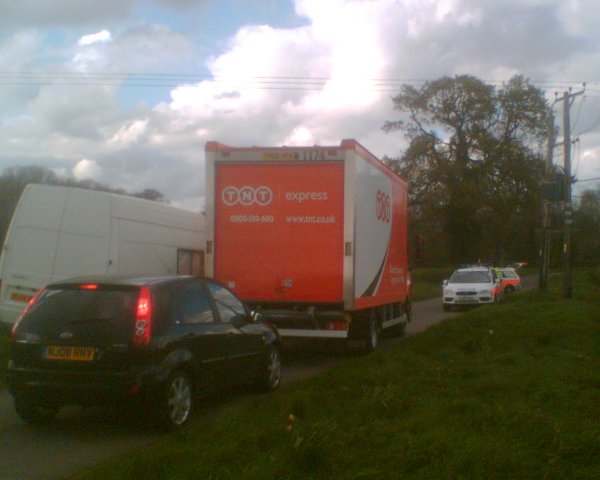 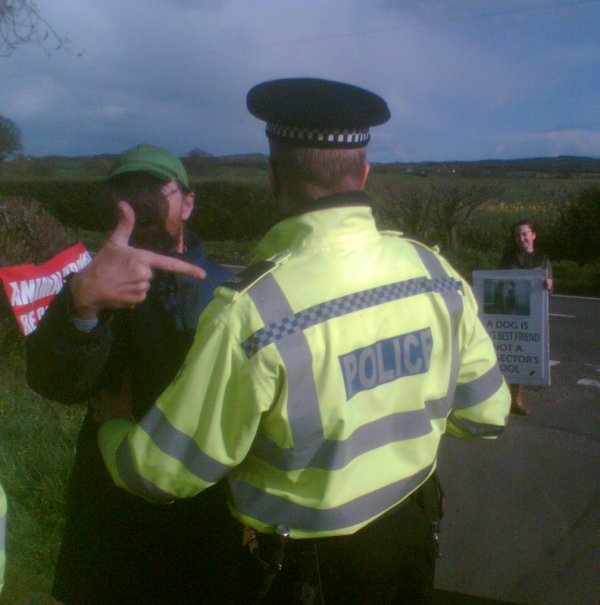 Ask this man for video footage 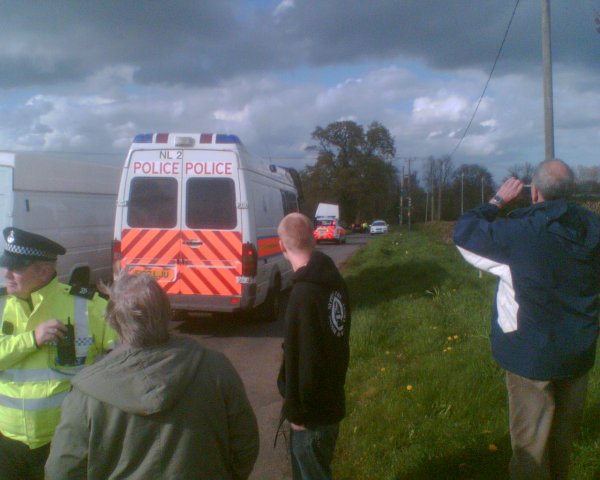 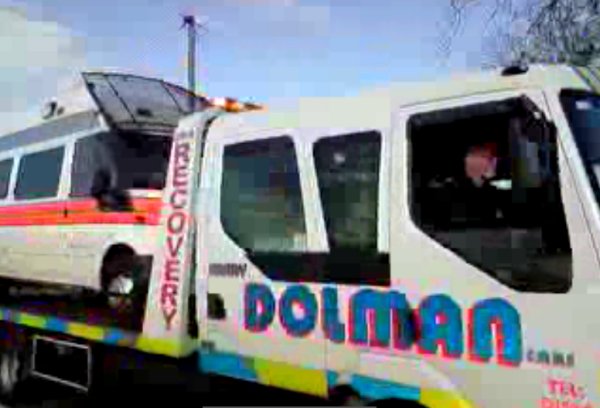 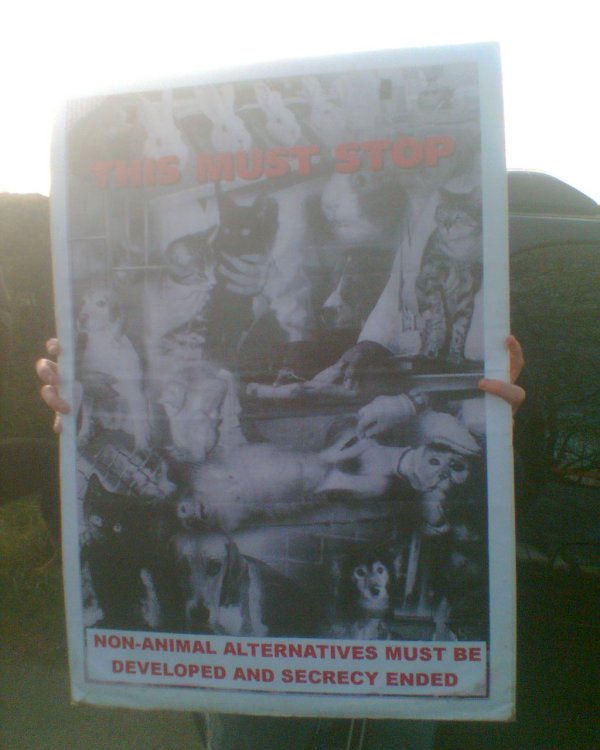 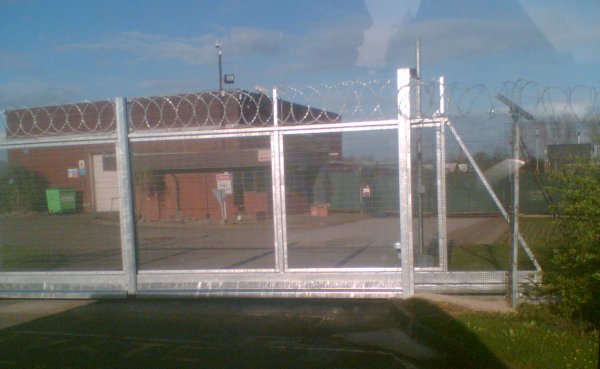 The Gates of Hell

Hillcrest could be described as a 'factory farm for dogs'. It is in the sleepy countryside protected by razor wire fences, infrared surveillance cameras and apparently unlimited police resources.

Despite a long history of perfectly peaceful World Day protests at this location over many years, it was clear that this year might be different.

One protester was arrested whilst attempting to engage Hillcrest staff in reasonable conversation via the intercom at their security gate, resulting in a call-out of all the resources of the Leicestershire Constabulary!

To deal with the other 14 protesters, who were causing no trouble or offence, over 24 officers and 15 police vehicles, including 2 cops on pushbikes were soon speeding to the scene, sirens blazing.

Whilst Harlan has seen animal rights protests for over a decade, campaigners have never chosen to blockade the road, so were pleased this year to see this job done on their behalf by the police.

However the highlight of the day came when the police were being counted out at the end of the day - including the unused riot van on the back of a breakdown recovery vehicle!

Protesters concerned over the excessive waste of police resources were invited to contact the Chief Constable of Leicestershire Constabulary, and in particular to request, under the provision of the Freedom of Information Act 2000, copies of any videos, still pictures or written notes relating to their attendance.


The animals bred by Harlan-Sera at Hillcrest are destined to suffer in needless experiments.

Following an undercover investigation, the BUAV reported that Hillcrest is part of a major international company with locations throughout the world. It is a breeder and supplier of animals, animal diets and bedding for the research industry, including the notorious Huntingdon Life Sciences.