A march against the proposed privatised military academy in Cardiff today (26 April) was prevented by police from entering the city centre shopping area - yet still the demo was a major step forward for the campaign. 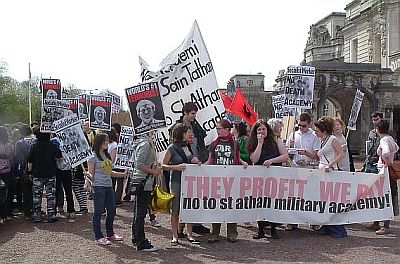 Protesters were banned from marching through Cardiff city centre today (Sat 26 April) as police invoked the public order act to minimise the visibility of the demonstration against the St Athan military academy.

Clearly acting on orders from high up the political food chain, police also insisted that written applications would be needed for further protests and threatened march organisers with arrest if anything untoward should happen at the event.

The pretext for the clampdown was that police intelligence suggested that disruptive elements were targeting the march. Perhaps we should take heart that police “intelligence” proved to be so resoundingly mistaken. Far more likely however is that the MoD and Welsh political establishment feared a movement which threatened the military-industrial complex they are building and the huge sum of money the stinking war profiteers and their allies are trousering through a scheme which will undoubtedly attract mass opposition once people get wind of what really is happening.

It that sense today’s march was a great success. Finally elements of the mass media, including Red Dragon Radio, the BBC and HTV Wales have allowed anti-military academy arguments to be aired. Although the march, routed round the back streets of Cardiff to the OU building on Custom House Street, was seen by virtually no-one, hundreds of thousands will have heard its message: no public money for war criminals!

Coverage in the mass media, however, entirely failed to mention the role of war criminals Raytheon in the St Athan project, or the fact that this PFI scheme will mean that public money will subsidise the profits of the war profiteers.

The rally at the end of the march, which attracted exactly the kind of enthusiastic young audience the campaign needs, was addressed by Davy McAuley of the Raytheon 9 (see previous articles), whose rousing speech was followed by that of Wales’ only openly anti-St Athan full-time politician, Jill Evans. Leanne Wood AM also on the march, and word has it we may expect other councillors, AMs and MPs to break cover in the coming months.

The build-up for the march had been an excellent example of left unity, with South Wales anarchists, Cardiff PR, the SWP and others working together harmoniously. Now we must take that forward. The campaign meets this Tuesday, 29 April, 6.30pm at the Temple of Peace. Anyone who cares about the future of Wales should be there. 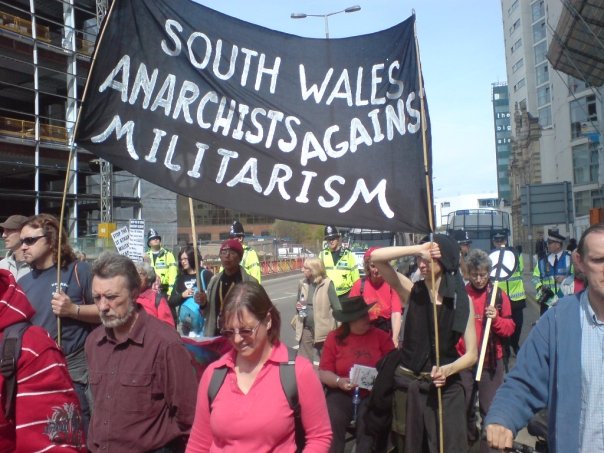 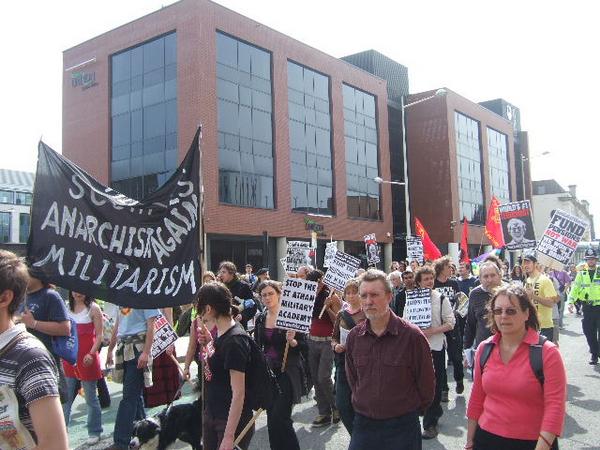 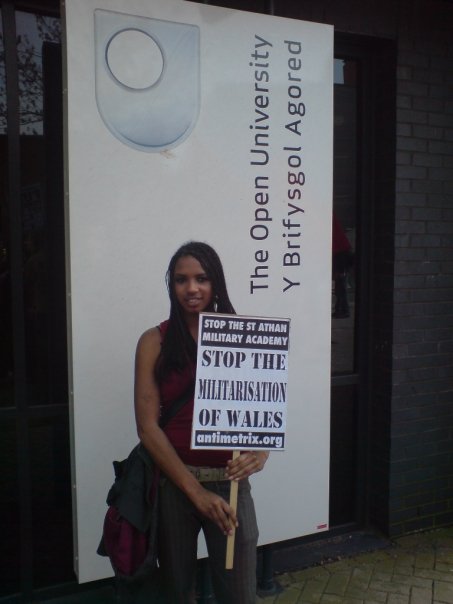 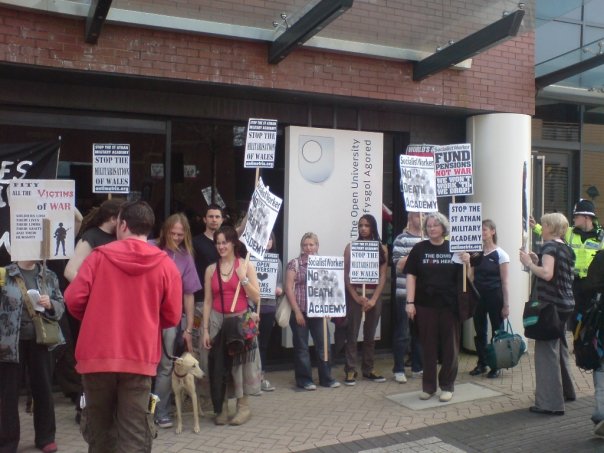 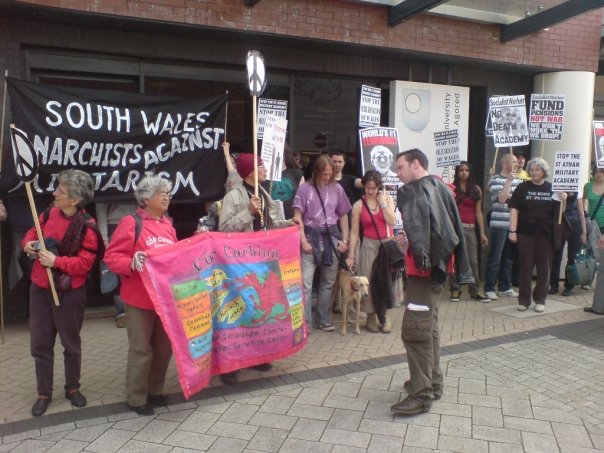 It was also interesting to see London FIT in Cardiff again. Ian Skivens & friend seem awfully fond of this campaign (photos of them to follow).