Massive side effects of TRASYLOL known for a long time

The medical doctor Professor Dr. Juergen H. Fischer already gave warnings during the 1980's concerning the dangers of TRASYLOL. However, no action was taken. We interviewed Prof. Fischer about the long career of a sometimes deadly drug 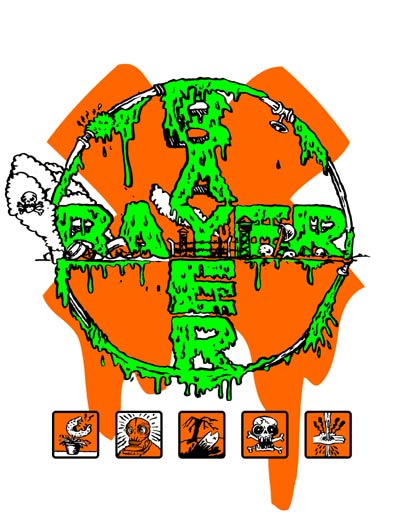 Massive side effects of TRASYLOL known for a long time

The medical doctor Professor Dr. Juergen H. Fischer already gave warnings during the 1980's concerning the dangers of TRASYLOL. However, no action was taken. We interviewed Prof. Fischer about the long career of a sometimes deadly drug.

Question: Mr. Fischer, during what period did you work on TRASYLOL and how many studies and articles did you publish regarding this medication?

Answer: Together with colleagues and doctoral candidates I published two articles in medical magazines in 1983 and 1984 concerning side effects of TRASYLOL affecting the kidneys, one article in 2005 on its effects on the heart's coronary arteries, besides some lectures.

In 1984 the company BAYER organised a conference in Luxembourg about "New aspects of the TRASYLOL therapy". Were you invited to attend?

When I heard about the intended symposium, to which many well known heart surgeons from the German language area were invited, I called the organizer and asked whether this conference was to be one at which critics were not welcome. My published data would be particularly important regarding its use with heart surgery because we had found massive renal malfunctions in combination with TRASYLOL and hypothermia (cooling below body temperature) in connection with kidney conservation.
During heart surgery hypothermia is often knowingly induced to extend the time the heart stands still. I was then invited and presented a lecture with the title: "TRASYLOL-effects on the kidney, depending upon temperature and dosage."

What were the reactions to your talk?

It turned out that this would remain the only critical contribution. Within the session attended by all participants great interest was shown in my presentation, so I believed to have given good reasons for clinical studies to be initiated. Later I spoke on different occasions to colleagues working at clinics, but the further development is well known: German clinics predominantly issued publications in favour of TRASYLOL, sometimes with a small remark that nothing significant was found concerning the kidneys. And in the publication of all the lectures of the symposium almost every evaluation and warning of my lecture had been deleted.

In spite of this, the publication includes your conclusion "when using high dosages of Aprotinin with already damaged kidneys and particularly when reducing the temperature, the renal function should be closely supervised". Hence the dangers of TRASYLOL (active substance: Aprotinin) for the renal function was already known and published for a long time?

Contrary to the allegations of the BAYER company, at least since 1984 many German heart surgeons as well as those responsible for this drug were aware that studies on animals published by various authors from 1970 to 1984 had shown massive side effects of TRASYLOL upon kidneys. What could be a better proof than a conference book published by BAYER itself?

In the 1970s BAYER also carried out studies in East Germany as to the effects of TRASYLOL upon renal preservation. What were the results?

The supervisor for the department of experimental organ transplantation at the Charité in East Berlin, Dr. Horpacsy, mentioned in a 1975 publication positive effects of TRASYLOL upon enzyme activities. Regarding renal functions, in this publication, he only mentioned that there was no improvement in the survival of transplants in relation to TRASYLOL. When Dr. Horpacsy later heard about our very negative results of kidney preservation with TRASYLOL, he informed me that he had also found that kidneys preserved after administering TRASYLOL had shown only minimal or no function at all. As he had a subsidy contract with the BAYER company to finance his trials, he was instructed by the company's project supervisor to publish only the positive (but basically irrelevant) enzyme findings and to keep the loss of functionality of the kidneys secret.

Why did BAYER have studies carried out in East Germany at all?

Since research in Eastern Germany was centrally arranged, steered and supervised, it would naturally be interesting to know the details about the research contracts concluded in East Germany.

Prof. Schoenhoefer states about TRASYLOL, “this product always was a drug in search of an application". Would you agree with him?

This is a suitable description of the situation at the time. Since 1965 the BAYER company regularly organised conferences and published conference reports entitled "New aspects of TRASYLOL therapy". Up until Book 8 in 1975 there can be found all kinds of application trials (fruitless in the end) beginning with pancreatitis, continuing with shock, obstetrics and treatment of oedema, up to cardiac infarction.

Should TRASYLOL ever have been approved?

It is difficult to answer this question. If one reads the publication of Dr Dean Fergusson et al., which appeared in the 2005 magazine Clinical Trials, one is informed that 64 randomized clinical studies were published on TRASYLOL from 1987 to 2002, almost all to test a hypothesis examining the number of blood transfusions or the loss of blood but none of them relate to mortality. If in such studies only one single positive aspect of a drug is seen as the main aspect (and the post-surgical loss of blood reduction effect by TRASYLOL has been proven), without sufficient consideration for negative effects in the study purpose, than the licensing is to some extent understandable.

Which are the general problems concerning control of pharmaceuticals today?

The great problem with today's assessment of licensed drugs is that licensing authorities basically only accept clinical studies. Results of experimental animal studies or reports of clinical results are thus no longer taken into consideration, regardless of the importance of the reported damaging side effects. The producer of the drug is therefore free to withdraw its support for clinical studies, or to suppress the results of its own, secret studies (as happened in the case of BAYER), thus assuring the continuing sales of the drug. I believe that a change in our thinking is urgently required.

Professor Juergen Fischer is the Director of the Institute for Experimental Medicine at the University of Cologne.
Questions: Philipp Mimkes (Coalition against Bayer Dangers), www.CBGnetwork.org