The "Syrian Reactor Show" - a Fake?

The following article, which includes photographic material, focusses on the inconsistencies regarding an alleged US "document" about Syria's nuclear efforts. The format and style bears a canny resemblance to that presented to the UN Security Council in February 2003, regarding Iraq alleged weapons of mass destruction. The Powell presentaiton was based on fake material and fabricated intelligence. 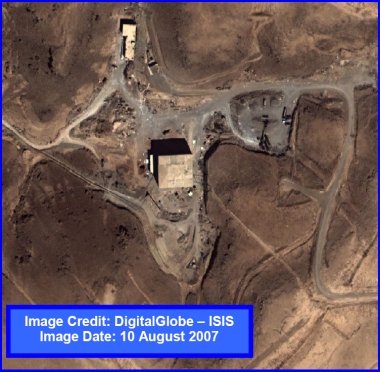 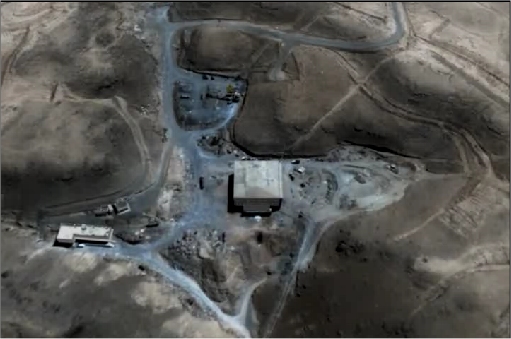 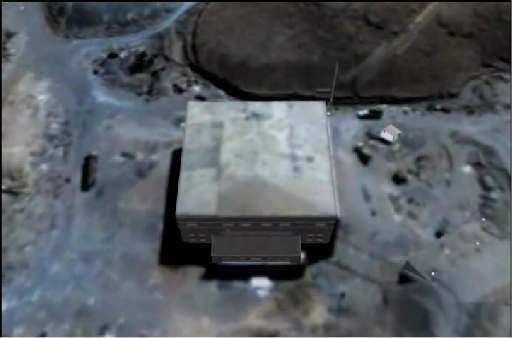 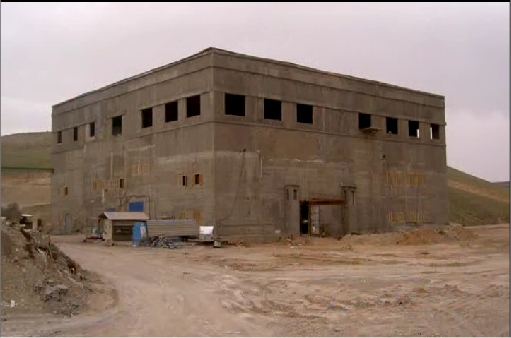 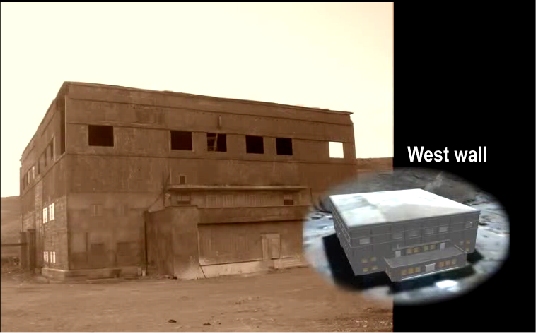 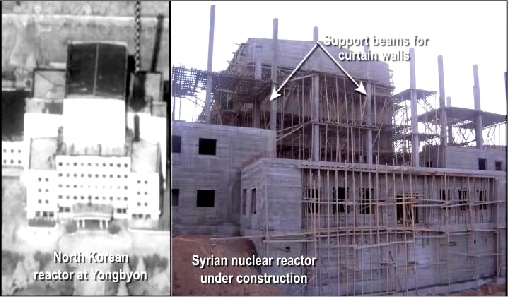 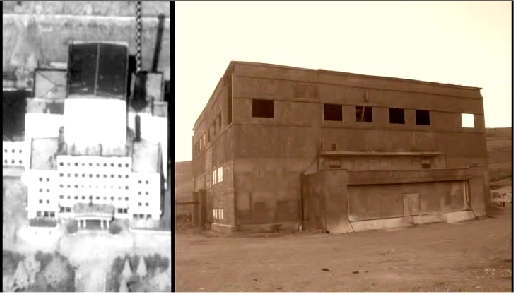 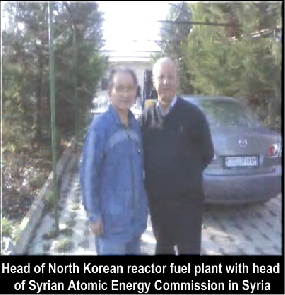 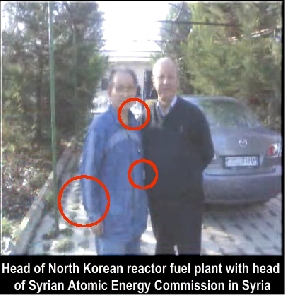 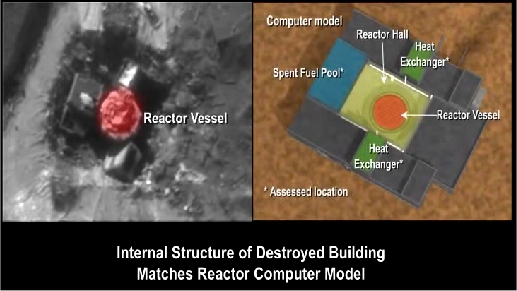 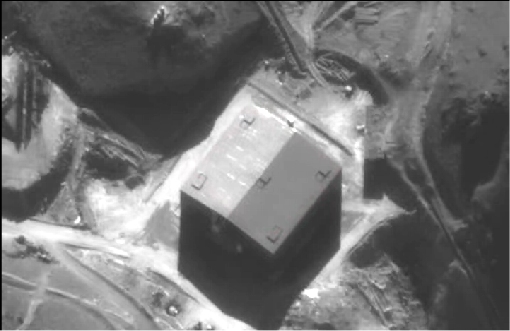 Washington intends to use the Syria document to fabricate a WMD threat emanting from Syria.

The "video", a slideshow of text, computer animations and photos alleged to be from a Syria nuclear reactor, has been released. The presentation [1] has, as David Sanger in the NYT characterizes [2], "the feel of a cold-war-era newsreel about the Korean War."

There are some inconsistencies in the presentation, at least for me, and I'll discuss those along with pictures below the fold.

The presentation is an elaborate information operation. If one sees it only once and is not really concentrated it is even convincing. But if you analyze it you will find that it jumps in time and space and adds stuff in animations and graphics that are not supported in the photographed evidence.

The chutzpah of the presentation peaks some eight minutes into it. There one slide shows some undefinable structure in a very blurry aerial photograph next to a CIA computer graphic and the text says:

One really wonders how that could be. The CIA indeed managed to paint a computer graphic so that it fits their interpretation of a very blurry photograph. Who would have expected such a capability within that organisation?

For the purpose of further discussion I have made screenshots from the presentation [1] all of which you can see here [3] (may load slow for you). The timer of the slideshow at the McClatchy site runs backwards. I have marked the pictures with those timemarks. The total length of the presentation is 11:40.

There is not much reason to believe the U.S. assessment that Syria was building a nuclear reactor. The presentation only adds to suspicion towards that claim. But some were convinced by it just like they were convinced by Powell's show on Iraqi WMD at the UN. The Leader column [4] at the Guardian is one example:

The images, taken before the structure was attacked, indicate that North Korea helped build the reactor, which closely resembles the one at Yongbyon which they have just disabled.

Some of these pictures are manipulated. Others might have been made in a different context and at a different place than alleged. Some are outright misleading.

I have four specific question:

This picture was released by ISIS last October. The orientation of the picture is largely towards north. The big box is the middle is the alleged reactor building. On the left (western) side of that building one can see an attached structure with a white roof, which, if one inspects the shadows, is less tall than the big box.

The slideshow starts with this picture which is orientated towards east (time left in the video: 11:39).

The slideshow zooms onto the center building in the above picture (11:26). But this isn't only a photograph. The "windows" and lines on the facade are much finer than other details of the quite blurry picture. They are also exactly horizontal.

To me this looks like a unfinished raw concrete building in a sandy place. (9:40)

But much later into the show the same "West wall" picture is used and it is alleged that this is a camouflage structure.

First comes another picture showing "the reactor under construction" (3:50)

And now again the "West wall" with the presentation voice-over saying this is "after curtain walls and roof were added" to differentiate it from a the North Korean building complex which in any case is much bigger and looks totally different to me even without any additions. (3:40)

This seems a quite elaborate made-up story. First the presentation and especially its animations try to make one believe that this is big concrete box that houses a reactor like the North Korean one even though the building doesn't really fit. Then it is alledged that this is so because the building was camouflaged with "curtain walls", i.e. these ain't councrete walls.

If the Syrians wanted to hide some alleged similarity of structures (where did they hide the chimney?), why would they then not build in a different configuration to begin with instead of going the extra length to build "curtain walls"? Why did they build an "underground water tank" instead of using an overground tank to make the installation look different?

It is not obvious at all from these on-the-ground pictures where they were taken. Do they really fit the aerial pictures or are they Made in Dimona?

Think about it - we have some independent aerial pictures and the same aerial pictures animated with a likely photoshopped facade. We then have pictures on the ground of a concrete box or curtain walls that fit the facade. Who says that these are the same structures? From looking at these pictures, we cannot tell.

Are these pictures from the same site than the aerial views?


Question 3:
These persons: I found some parts of this photo unconvincing, marked those with red circles and zoomed one part without interpolating. (6:03)

A new building of unknown, but assessed as non-nuclear, function at the side of the destroyed building. (1:28)

Who made the assessment that this is non-nuclear? Is s/he really sure or is this just because the "Internal Structure of New Building Matches a Non-Reactor Computer Model"? Couldn't I photoshop a nuke factory into that?

Sorry folks - to me, this all looks like a big fake.