Kurdish protest at the Syrian Embassy in London

About 50 Kurds gathered at the Syrian embassy in London yesterday (Thursday, May 1st) to commemorate the forty-day anniversary of the killing of 3 Kurdish men at the hands of the Syrian security forces in the northern town of Qamishli while holding a street party to celebrate Newroz on March 20th. Protesters held up Kurdish flags and shouted anti-Syrian government slogans, while being penned in by the Met. The designated protest area was also 'shifted' down the road a little so protesters found themselves facing the Venezuelan embassy instead of the Syrian! 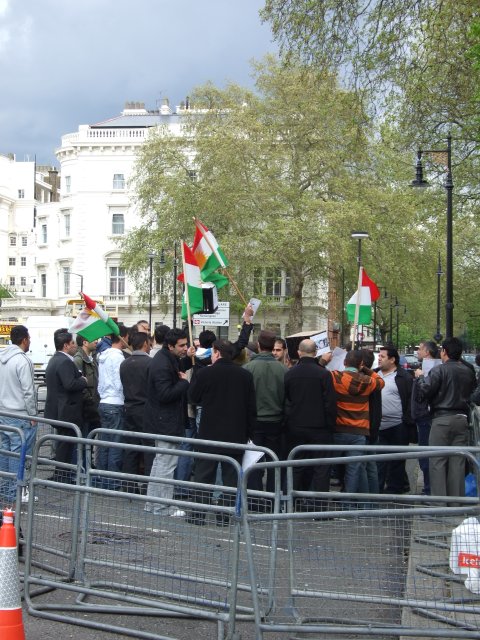 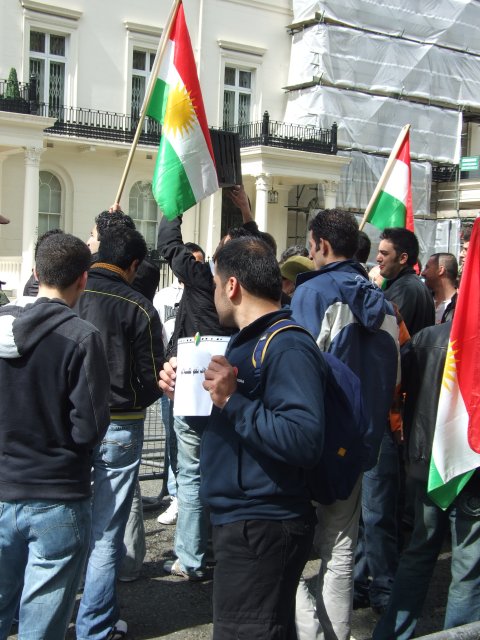 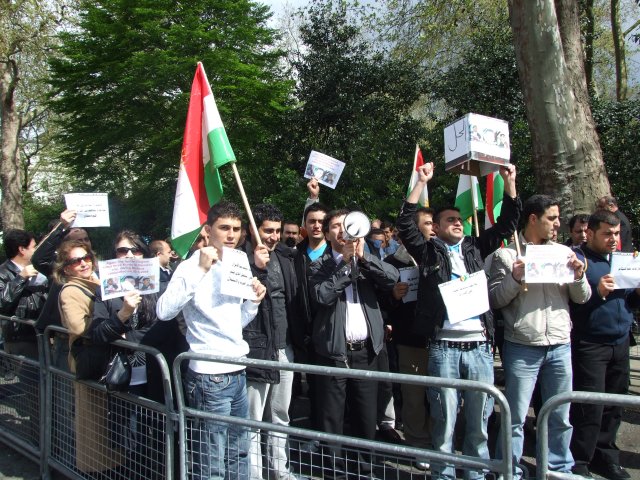 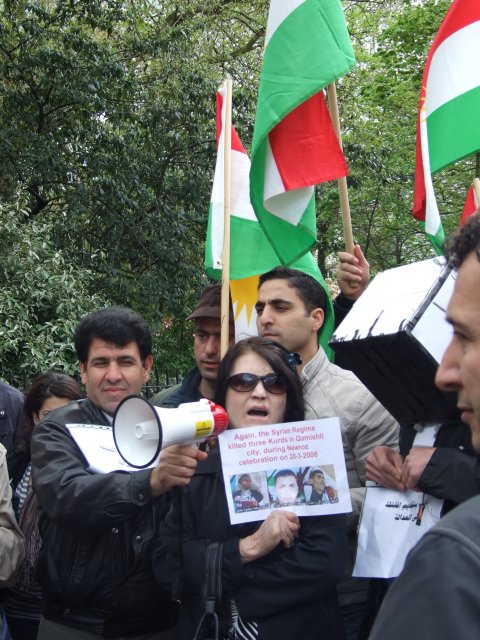 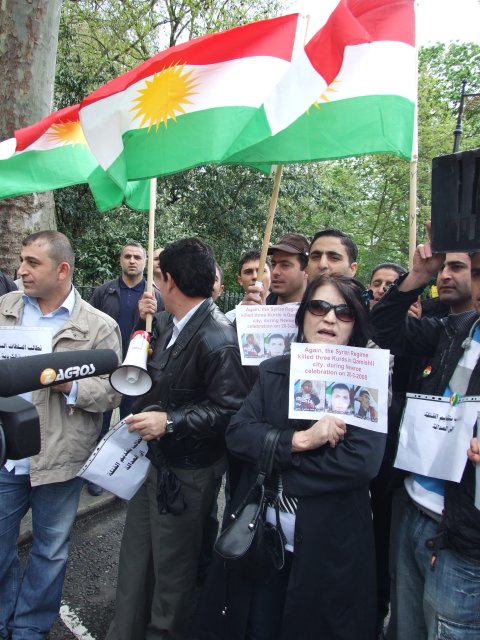 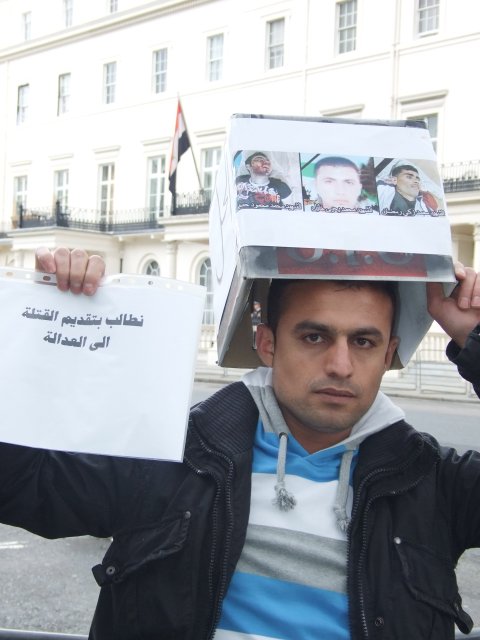 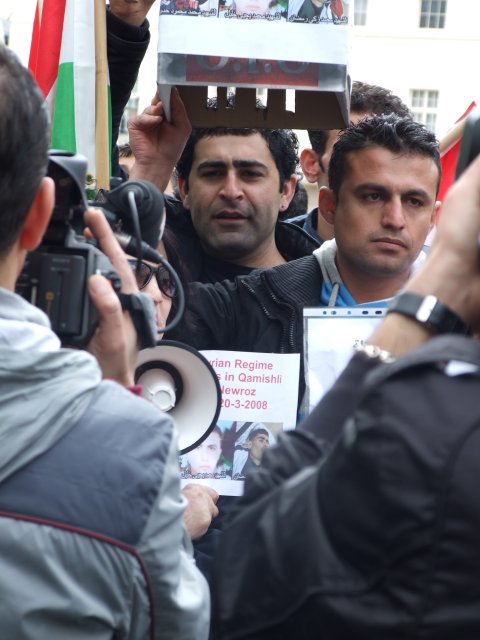 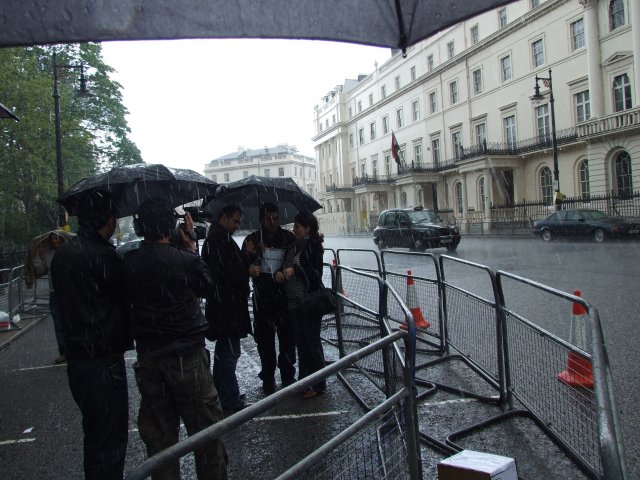 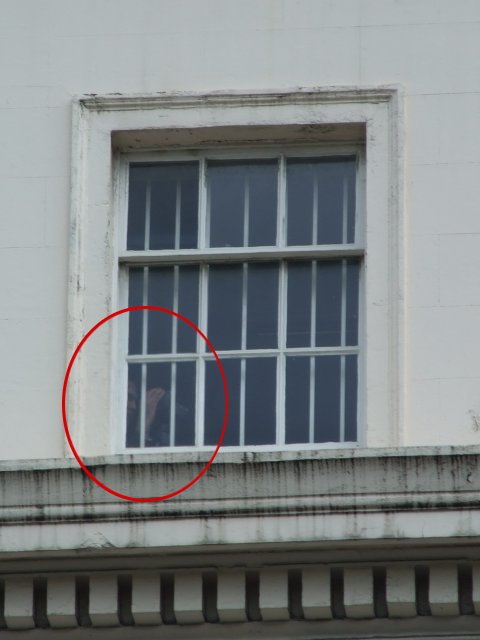 once again, a video camera spotted in the embassy windows filming protesters 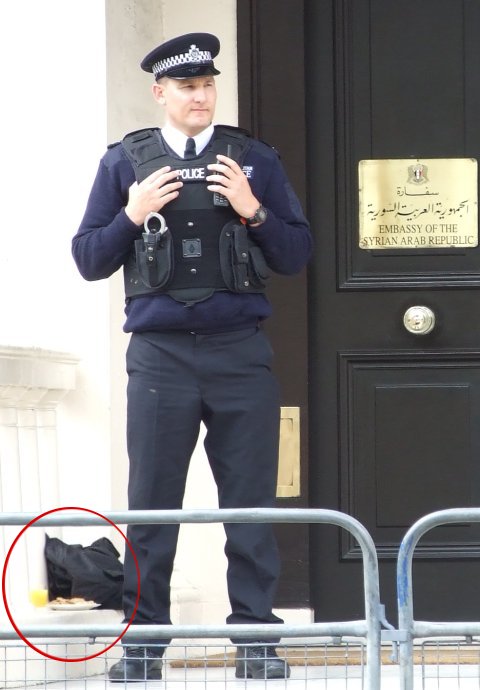 Bribe? the cop guarding the embassy is offered Syrian cookies by embassy staff

About 200 people had gathered on a road in the western part of Qamishli. They lit candles on the side of the road and a bonfire in the middle, around which some performed a Kurdish traditional dance.

This is not the first time that the Syrian authorities have used force to break up a Kurdish celebration. In March 2006, security forces arrested dozens of Kurds and used tear gas and batons to stop a candle-lit night procession in celebration of Newroz.

Video of the killings: