UN suspends aid to Gaza for lack of fuel (by Latuff)

Copyleft artwork by Brazilian cartoonist Latuff, on behalf of the brave Palestinian people and their struggle against U.S. backed IsraHell's state terror. 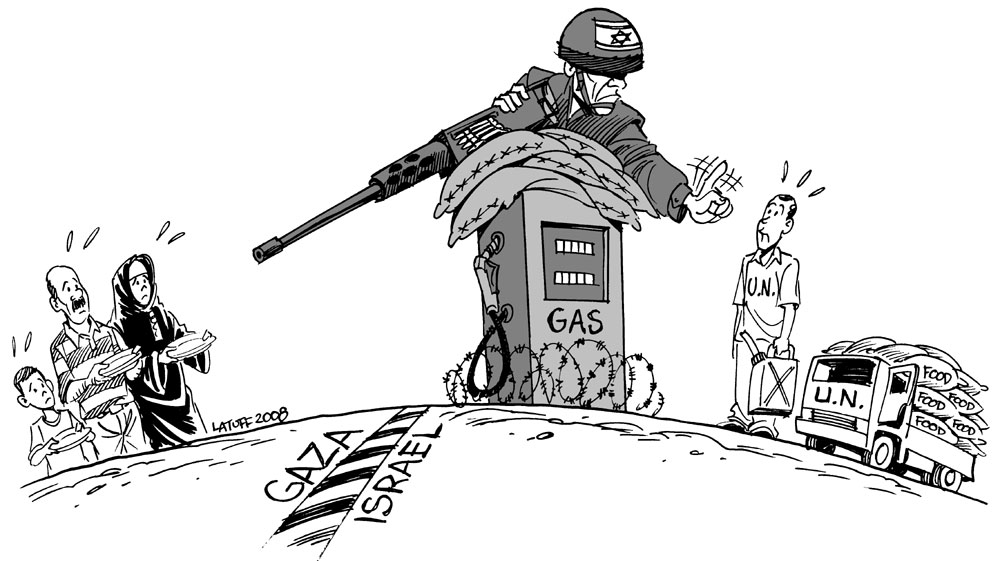 The United Nations stopped distributing aid to the Gaza Strip after running out of fuel as the Israeli terminal that supplies the besieged Palestinian territory remained shut.

"We have just stopped the distribution of all food aid to 650,000 Palestinian refugees in the Gaza Strip because of the lack of fuel in our storage in Gaza," said Adnan Abu Hasna, a spokesman for the UN Relief and Works Agency (UNRWA) office in Gaza.

"We also stopped transporting students and officials in the Gaza Strip," he told AFP. "Not a litre of fuel came from Israel," he added.