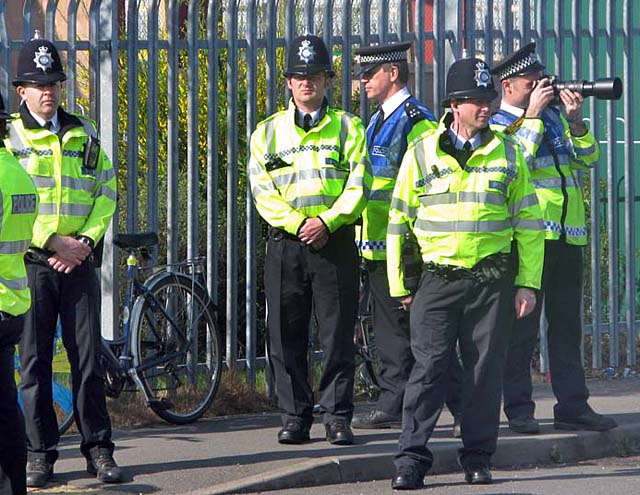 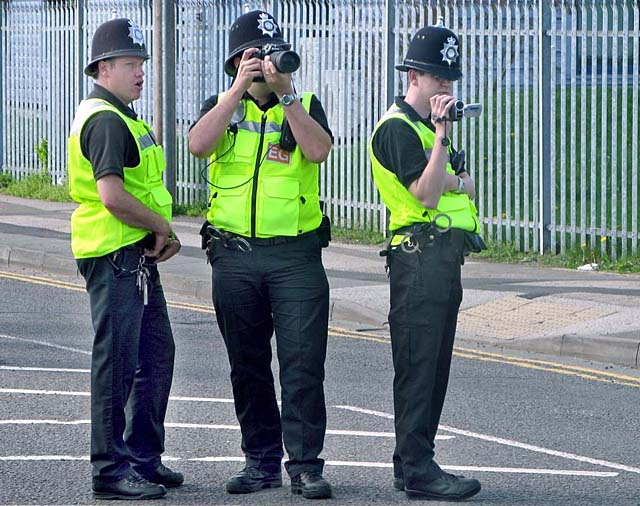 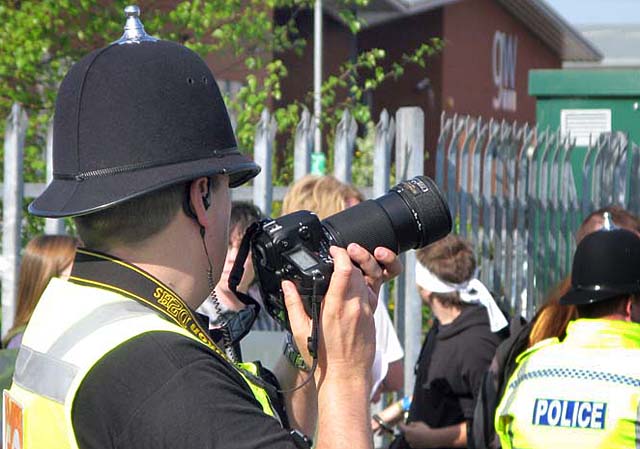 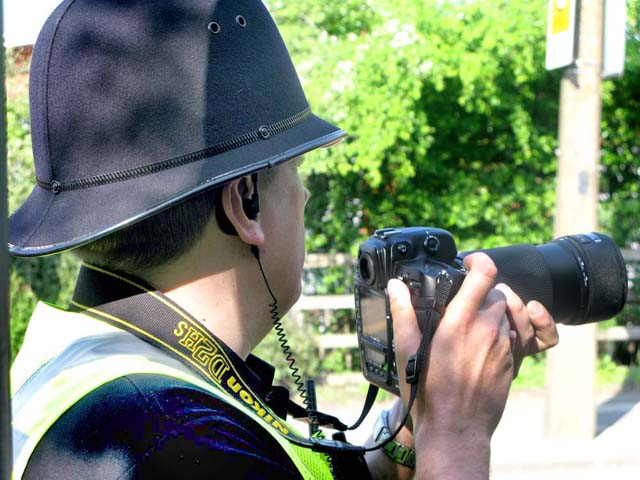 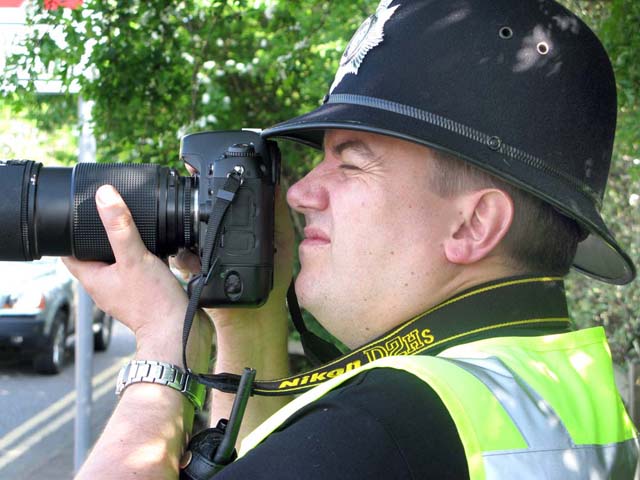 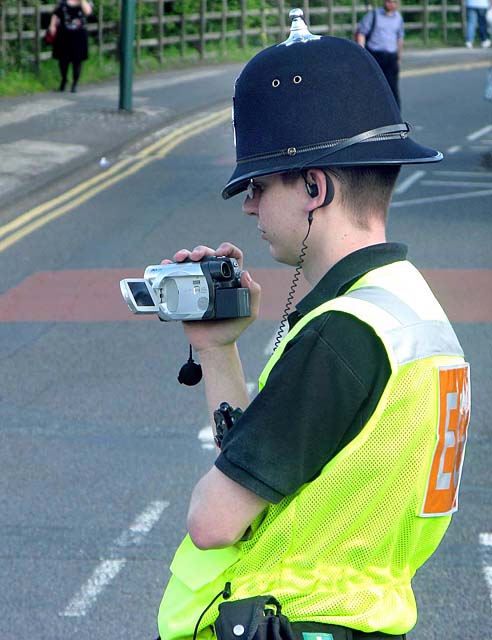 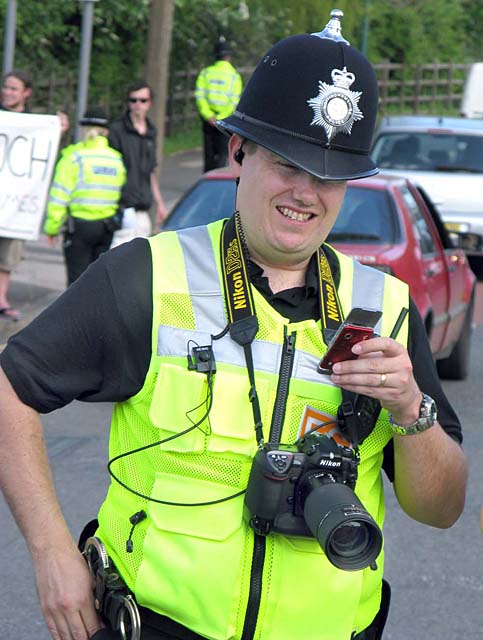 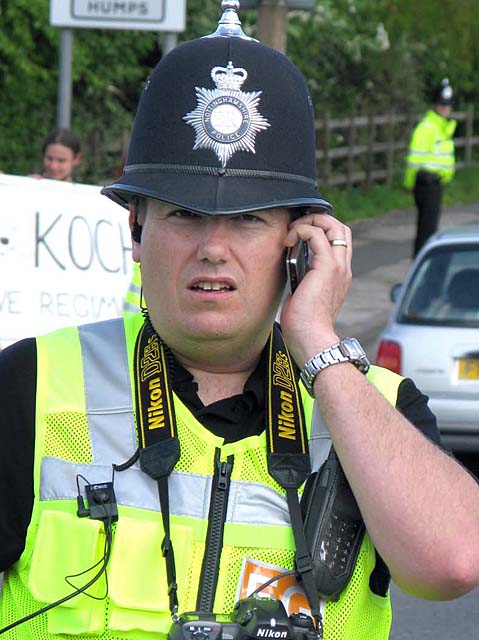 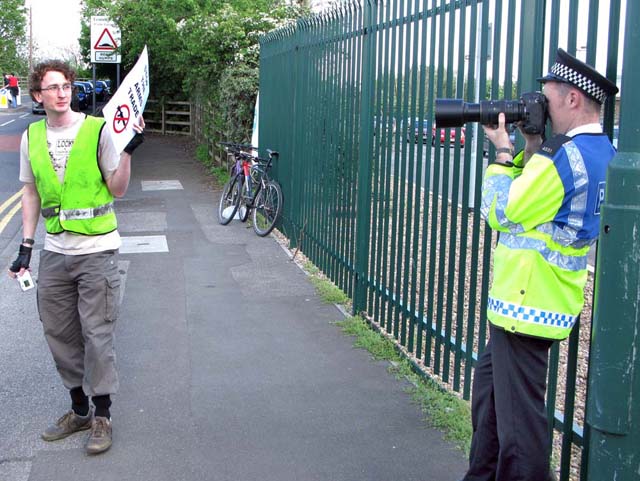 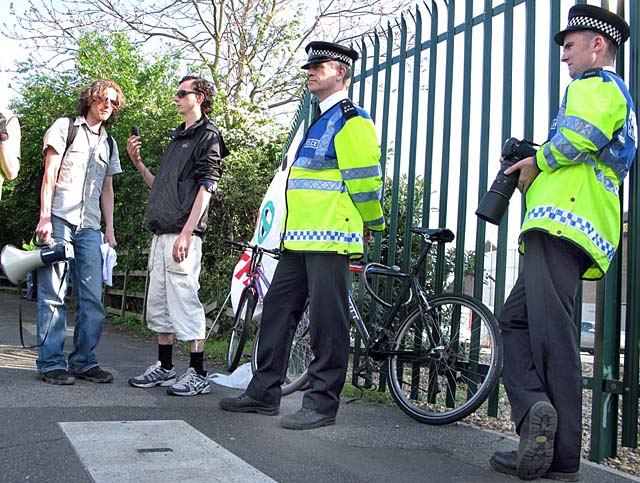 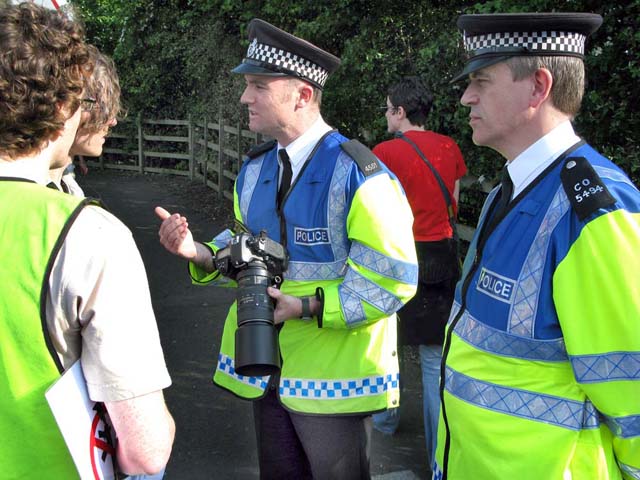 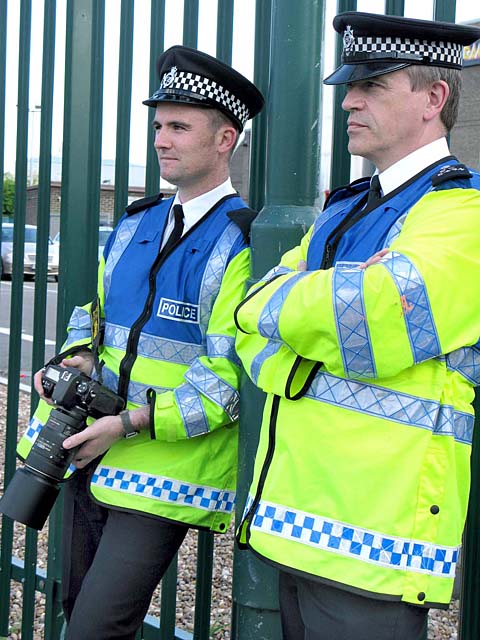 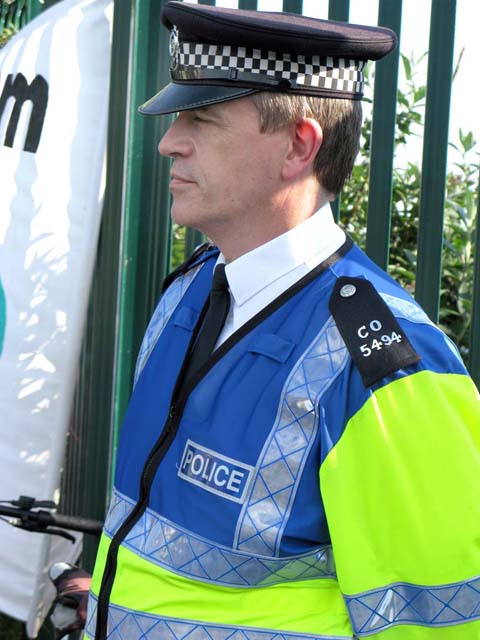 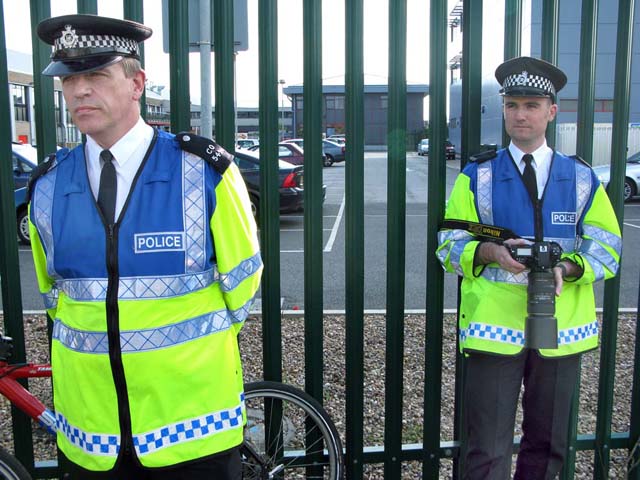 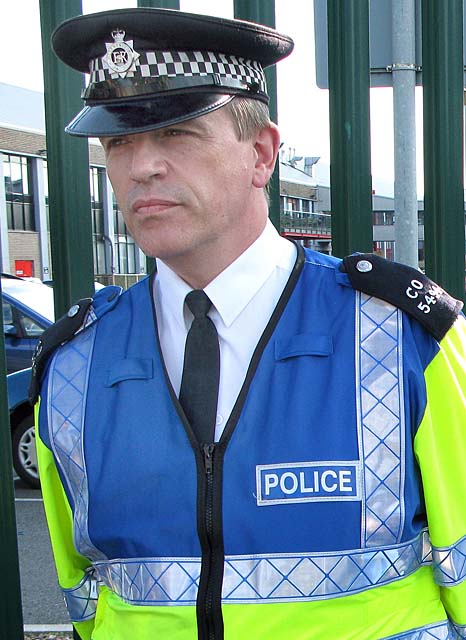 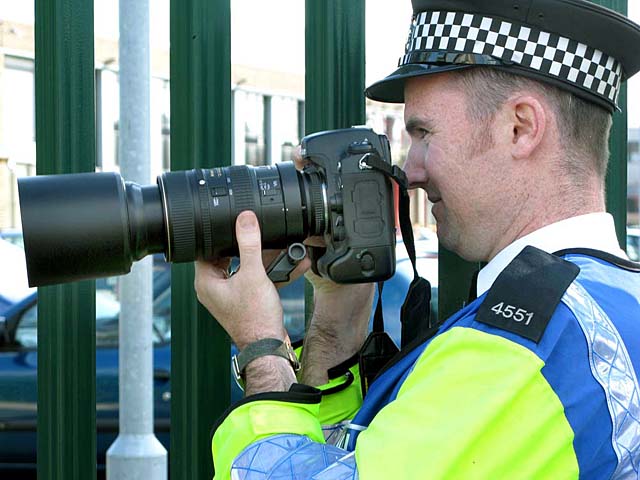 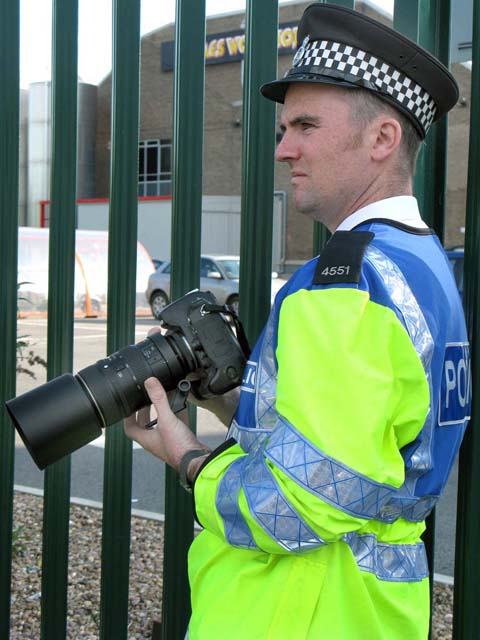 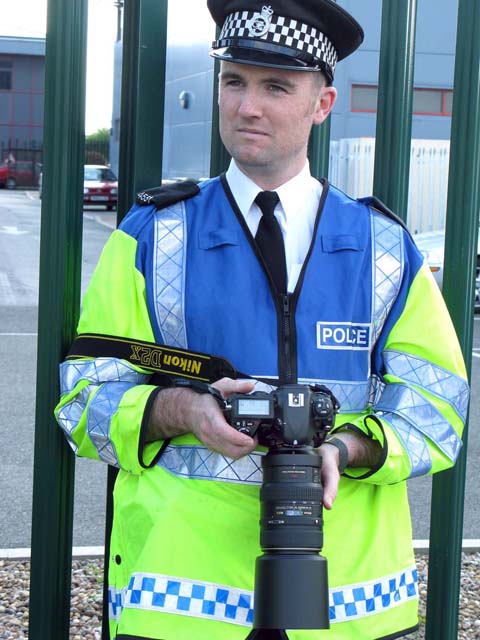 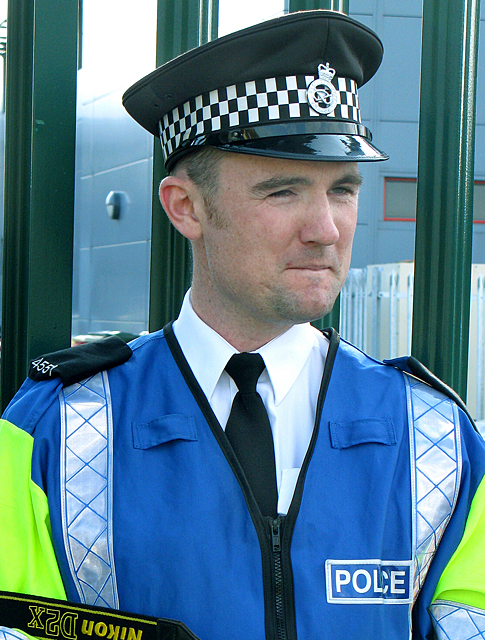 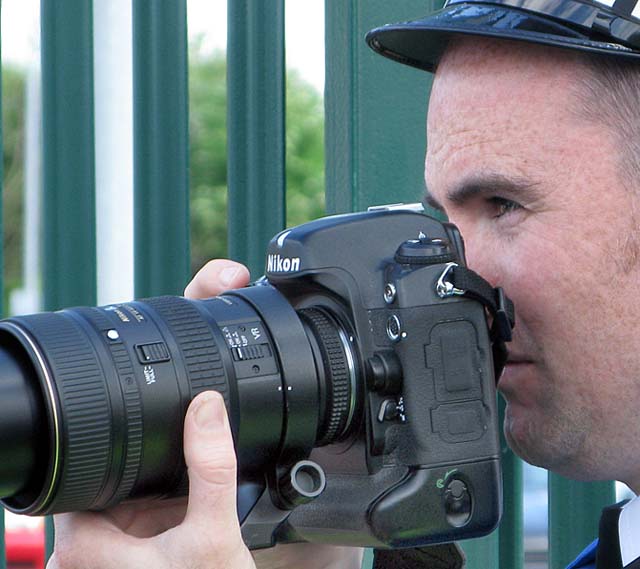 Many wondered why a peaceful and lawful protest continues to attract the levels of surveillance this and similar events have done in the recent past. In addition to Nottinghamshire Police very own 'Evidence Gatherers' [EG]

At this event, some say that they were honored, that we again warranted the attendance of an officer from the Forward Intelligence Team of the Metropolitan Police CO 5494 PC Ian Skivens [CO stands for 'Commissioners Office', officers deployed 'extra' to divisions]. He last came to nottingham on 1st April

Forward Intelligence Team of the Metropolitan Police. Derived from earlier operations and CO11, the Public Order Operational Command Unit of the MET. Obviously they are Evidence Gatherers also, but they are frequently deployed at events of a 'political nature' and where crime is not a main issue. They are to gather evidence of crime of course, but the sub-text of their involvement at many events is that of intimidation to those attending events. Further, by their operations, to attempt to dissuade people from attending events, thus to minimise their effectiveness.

Nottingham against Militarism and the Arms Trade

A couple of protestors

were also followed for quite some distance by the two EG's you see there (who admitted they were 'under orders' to stalk them) going so far as to openly follow them into a public park.

Bobbies On The Beat - video/avi 16M

of the characters in question. More to come later.