Indymedia Birmingham yesterday hosted SchMovies' new film, On The Verge, which follows the story of the Smash EDO successful campaign. The screening in the Rainbow Warehouse, Digbeth, was the 43rd in the campaign's national tour, which began last March. Unlike previous screenings [ 1 | 2 ], there was no police harassment this time or attempts to suppress the film. With more than 50 people present, the screening and discussions were followed by DJ's, vegan food and beer until midnight. 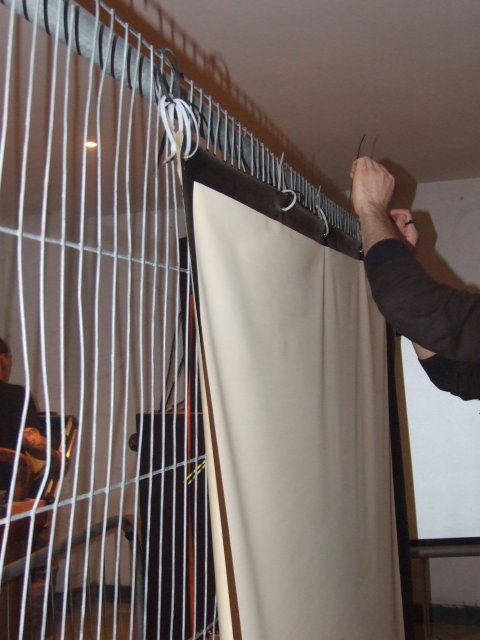 setting up the screen 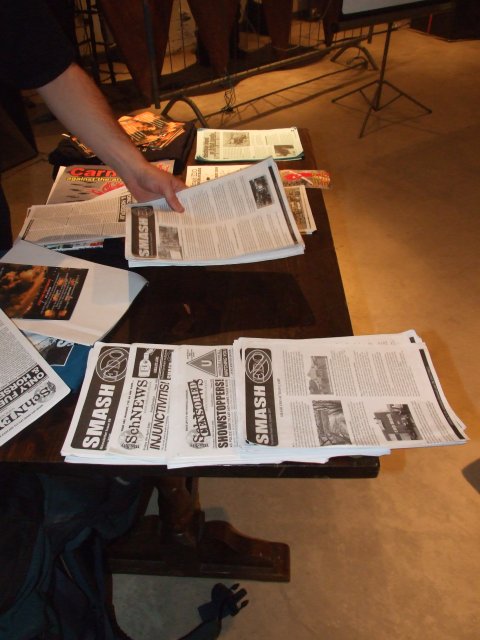 setting up the Smash EDO stall 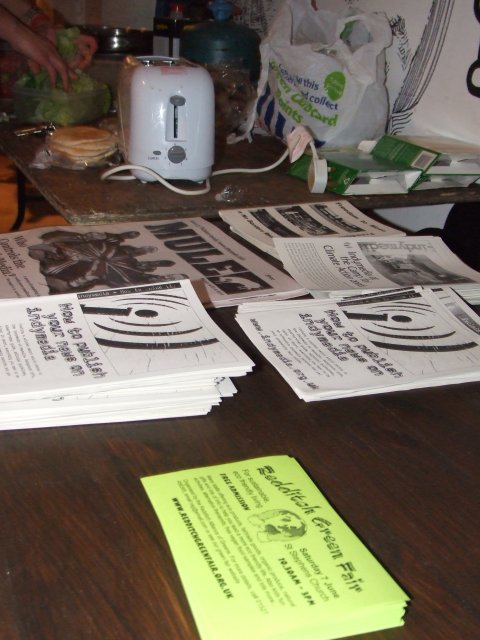 and the Indymedia stall 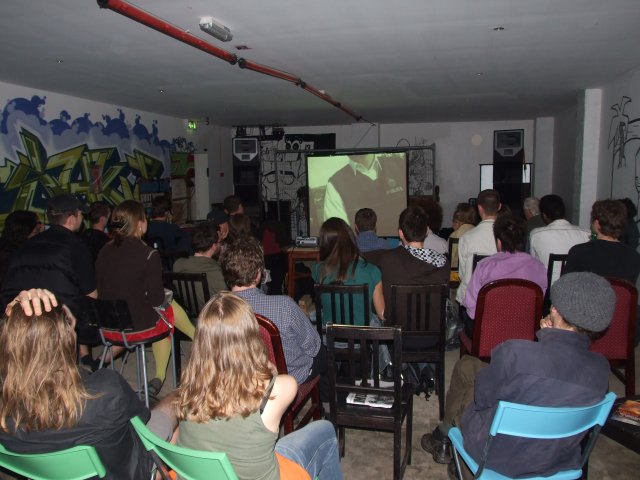 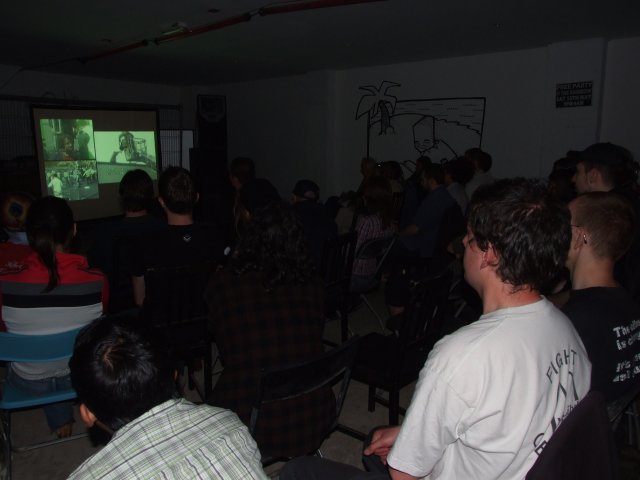 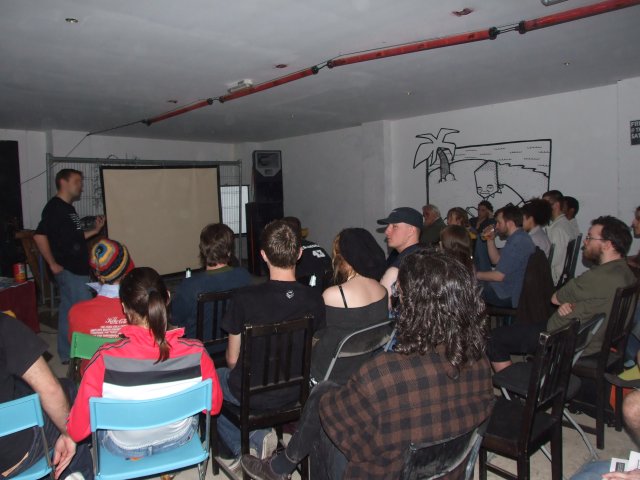 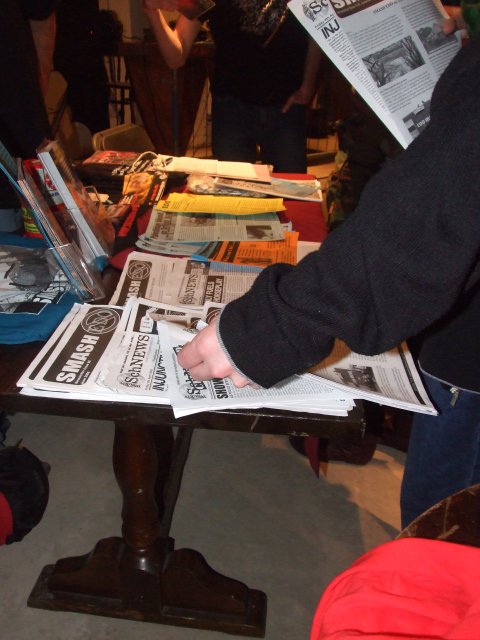 poeple more interested in the stall after the film 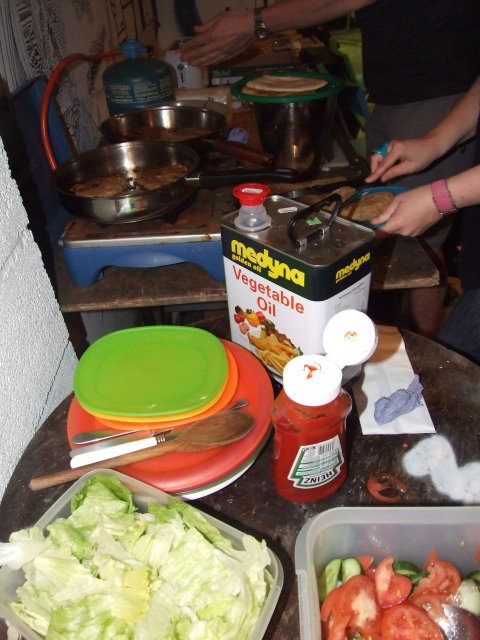 The screening was followed by a questions and answers session with two activists from Smash EDO, who came all the way from Brighton. They had brought with them loads of campaign literature, T-shirts and copies of the film, which filled their stall. Another stall was filled with Indymedia and No Borders literature, while next to it vegan burgers and salad were being made.

Unsurprisingly, the event was completely ignored by mainstream media, although a press release had been sent out and loads of flyers distributed. Nevertheless, the event was quite successful and the activists raised some money to cover their travel expenses.