This article explores the claim that researchers from Scotland have figured out how to eradicate Depleted Uranium in its soils at the military firing range where these radioactive contaminating materials are fired. 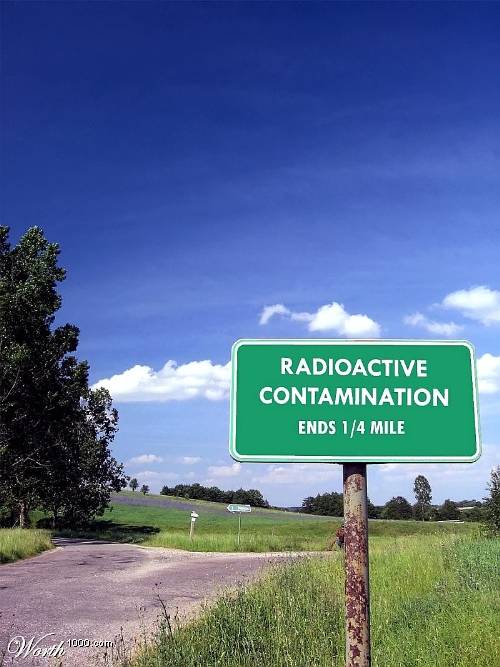 Just weeks after UK press coverage on citizen outrage over the continuation of firing Depleted Uranium at the Dundrennan military firing range in Scotland and the increased radioactive contamination of the environment there...

immediately pops up this new fungi research out of Scotland, blasted as if some miracle cure all over the place. Convenient timing, eh?

What are the purposes for this onslaught of this fungi news, being touted as some sort of magical cure for Depleted Uranium poisoning of the soil - and eventually contamination of underground water tables?

Undoubtedly, the first reason is to try to take the heat off the MoD right now. In other words, the average Brit will read this and be likely to think, Whew! I am so glad they found a way to clean up the DU contamination in Scotland!

Even if it is indeed true (?) that the fungi will somewhat help the spread of Uranium through the contaminated soils, this does not make the radioactive Uranium in the soils problem magically just disappear.

As Professor Geoffrey Gadd, team leader for this research, admitted:

"... he cautions that the minerals probably couldn't ever be considered harmless as they still contain uranium, and this could still be toxic if eaten. Nor have the Dundee team yet worked out a practical way to collect and dispose of the trapped uranium."

Soils that still contain Uranium are both toxic and radioactive - even if a mechanism such as fungi is used to help the contamination spread less readily.

There is a second point here that is being made, and this is the most frightening real-life horror story I have read in quite some time. As the BBC reports with chilling optimism:

"The research, published in the journal Current Biology, concludes that the discovery could lead to uranium-polluted soils eventually being brought back into use."

Goodlord, it is bad enough when they allow the radioactively soil areas to go untouched... but can you just imagine them spreading some of this fungi out in Depleted Uranium-laden soils and then trying to tell us one day that they are going to build neighborhoods and playgrounds on top of the horrendously contaminated Jefferson Proving Grounds in Indiana or the even more extensively contaminated Aberdeen Proving Grounds, where Depleted Uranium is still "tested" outdoors near Baltimore?

The possible implications for use of this fungi as some sort of environmental cure are truly chilling.

We can not possibly ever remediate Uranium contaminated soils that exist all over the country and many other parts of the world - unless unfathomably huge and prohibitively expensive, thorough remediation measures are taken.

And while we can not un-do the massive radioactive contamination that has already taken place, we must now do whatever we can to prevent Uranium from being used for any purpose. We must stop Uranium from being used in nuclear power plants, nuclear bombs, and everyday weapons currently used by our military, such as bunker busters, missiles, DU fired out of A-10 aircraft and out of tanks used everyday in military combat now in Asia and Africa.

It is also critical we stop using half-baked phrases like "No more nukes" or "Stop the Bomb" and instead replace this with simply, the more-to-the point, constant and unwavering demand to all persons who hold political power at every level of government:

"Stop the Radioactive Uranium Poisoning of the US and the rest of our planet."

Cathy Garger is a freelance writer, public speaker, activist, and a certified personal coach who specializes in Uranium weapons. Living in the shadow of the national District of Crime, Cathy is constantly nauseated by the stench emanating from the nation's capital during the Washington, DC, federal work week.