Saturday 10th May saw worldwide protests against the Church of Scientology, a multi-million dollar cult infamous for its abuse of its members and harassment of its critics. This time, the police did their job for them.
During the first picket of the day, outside the Church of Scientology's building in Queen Victoria Street in the heart of the City of London, a protestor was approached by police. He was requested to take down a placard he had brought, reading "Scientology is a dangerous cult."

The request was under section 5 of the public order Act, which reads as follows:

The protestor responded with a quote from Judge Latey, who in the Old Bailey in 1984 stated the following:

"Scientology is both immoral and socially obnoxious...It is corrupt sinister and dangerous. It is corrupt because it is based on lies and deceit and has its real objective money and power for Mr. Hubbard... It is sinister because it indulges in infamous practices both to its adherents who do not toe the line unquestionly and to those who criticize it or oppose it. It is dangerous because it is out to capture people and to indoctrinate and brainwash them so they become the unquestioning captives and tools of the cult, withdrawn from ordinary thought, living, and relationships with others."

He then refused to take the sign down. After fifteen minutes police officers returned, took down his details, and issued him with a court summons. This would mean facing not only the ordeal of a trip through the court system, but also the possibility of being publicly identified and at risk of the cult's notorious Fair Game policy (ironically the target of the very protest in question), which states that enemies of the Church of Scientology may be "tricked, sued, lied to or destroyed."

This is by no means an isolated incident. In Edinburgh, protestors were prevented from using a megaphone or saying the word "cult," and were confined to a small area. In Manchester, meanwhile, protestors were coralled into a small space by police units, chanting was forbidden, and rumour has it police dog squads were deployed. A few weeks before the most recent demonstration, a small group of protestors were confronted at Tottenham Court Road by a series of police vans and cars and forced to leave the area following a bogus complaint of harassment by the Scientology centre there.

Why are British police forces allowing a cult to harass its members through the legal system? How will this affect upcoming protests? Is there more to this than meets the eye?

http://www.youtube.com/watch?v=Tgq9xOWgmhs
- Previous incident at Tottenham Court Road (note false claim from the police that all protests require a permit),

http://www.timesonline.co.uk/tol/news/uk/education/article3216965.ece
- Scientology and the City of London police,

Looking at the video (which is really good!), it seems that one of two things happened given the huge police presence for 15 protestors (10 police cars and 2 police vans). Either the CoS called the police and lied about what was happening with false allegations, or the police do indeed have a special relationship with the CoS.

Given the articles in the Guardian, the Times, and Indymedia which document the CoS wooing the top police officers with VIP treatment I think I know which one is more likely..


97% of those who took part in an online poll in a recent edition (27/4/08) of "The Irish Times" decided Scientology was a Dangerous Cult. The poll was part of the newspaper's "Head 2 Head" section sees a topical subject debated online and in hardcopy form.

"Wikileak" files on the Dangerous Cult of Scientology

"Scientology "enrollment application, agreement and general release" form (section 1).", which according to document time stamps was scanned in from paper form on Sat Apr 26 11:08:04 2008.
Anyone who wishes to attend or participate in one of Scientology's religious services MUST sign this document before they can do so. Section two of the contract effectively defines everything Scientology does as a "religious service"."

Welcome to the world of political campaigning in the UK.

I agree with Anonymous and wish you all the best, but :

Now that the novelty factor has worn off (as far as the cops are concerned) - you will be treated just like all the other political campaigns.

It is a myth that we have 'free speech' in this country and you may start to learn that we have sleepwalked into a police state.

Just look at section 145 of SOCPA - or indeed SOCPA in general.

Rights that go back to the Magna Carta, that have taken hundreds of years to get, have been wiped out since 1997.

Please - keep up your good work campaigning against the Church of Scientology - but think about the wider implications of the response that you have experienced.

This type of policing means that people are now not allowed to engage in the normal democratic process.

Could be the missing link 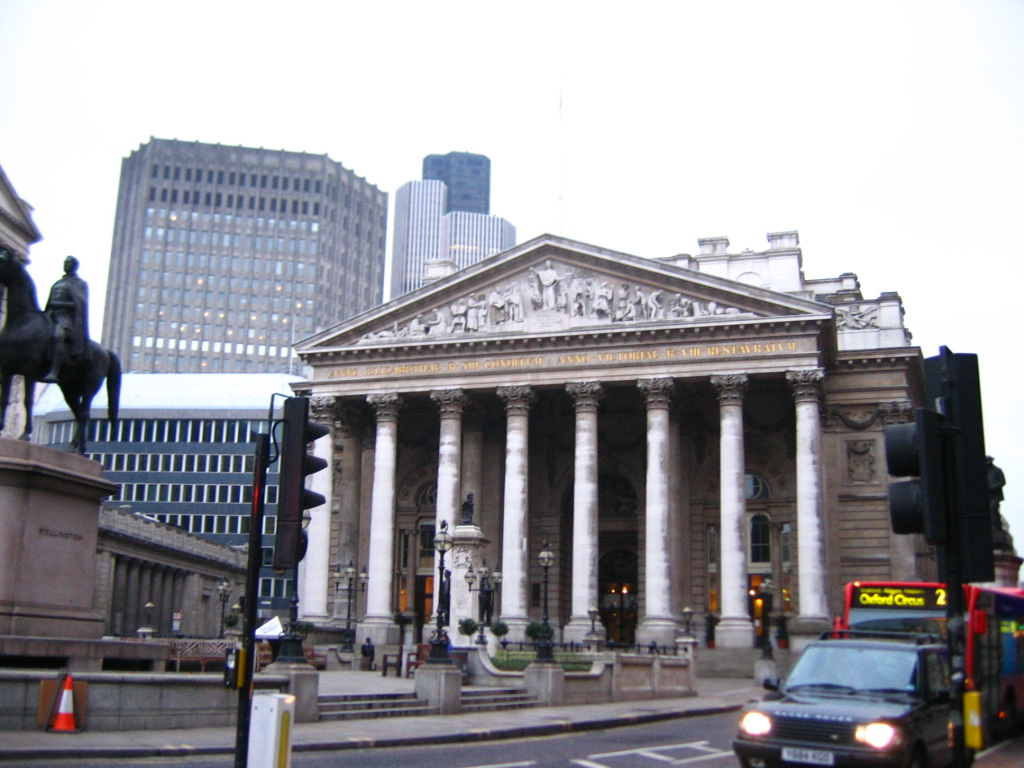 Some folks do seem to be of the opinion that there is a link between Scientology and Freemasonry
which seems to be rebuffed by most of the so called experts who relying on confronting the
stated ideology and official rules that the two sects supposedly exist under.
As both operate in the shadows it's not easy to be exactly sure what they get up to/
But one thing for sure the City of London police are masonic and probably the MET and all the rest of them.
The City of London itself is one big masonic lodge and sitting on the top are the City Bankers, the dudes with
the power. The city is a place where people with power and influence meet in clubs and private pent houses
on top of dick shaped building and decide how things are gonna be.
I guess that the people behind Scientology wield quite a considerable wedge, or capital anyway power
and they also circulate in the sort of circles where you can get most of your problems solved with a
couple of dodgy handshakes and a contribution to some ones election campaign.
I'd be interested in knowing more about what kind of structure Scientology has. innit

I don’t support anon as I have a relative (happily) within Scientology and believe it’s a matter of choice. I however would like to second ‘freedom’s’ post. I am an animal rights campaigner and whilst peacefully protesting you will be given all sorts of nonsense from the cops.

The best thing for any campaigner is to try and know the law inside out, the cops don’t and that can work to your advantage.

You are now running a campaign and to the cops you are a threat, your not just that Internet group anon having IRL protests for the lulz, to the cops your now just like the rest of us.

Anonymous, if you have not seen it already, I reccoment watching "on the verge" by schmovies torrent available:

As your camaign could end up with the same police/corporate repression that went on with their campaign, they emerged successful.

The Met (is that different from City of London police, I don't know I'm Glaswegian) - publicly declared themselves to be supportive of Scientology when the big London scieno centre opened. IIRC top officers prominently endorsed it and practically cut the ribbon and opened the freaking champagne at the ceremony. Google it. It was always inevitable that London would be one of the harder places to protest Scientology. The police as an organisation wouldn't see anything wrong with a mindless fascist / technocratic cult as they virtually are one themselves.

Scientology has been abusing human rights in the UK longer than anywhere else, at its "Saint Hill" centre. After Hubbard was exiled from America in the 1960s, he sailed the world and founded the so-called Sea Org, his most brainwashed and abused inner cadre. He chose Britain as the first terrestrial base for this more abusive phase of his cult. I suspect the UK police absolutely must have more information about the cult's criminal practices than any other police force, or than is publicly available.

This begs the question; how did Scientology ingratiate itself so thoroughly with the UK cops, when it is treated with hostility by other police?

Actually the Met police deal with the second part of the Anonymous protests at Tottenham Court Road and have no problems with calling the Scientologists a cult. In fact one of them came out to complain about the signs and was told it wasn't a problem by the police.

However it's the City of London police who get entertained at the cult's Celebrity Center in Bayswater and have been sucked up to by the cult. The same ones who harassed the poor kid over his sign...

The police were out of line & acting OUTSIDE the law

Scientology IS indeed a cult.

It is harmful. See the news articles on www.scientology-london.com for more info.

laughable but if they believe in this kind of stuff and floats their boat then so be it.

Police out of their depth

Yes, the City of London police are separate from the Metropolitan police and only operate within the Square Mile. They are unused to protests, hence I think their legal and political naiveity. Going into a crowd of protesters and singling out a kid is stupid, they were given every opportunity to back down, told they would look very silly in court, but refused to listen.

A case similar to this using this Act was thrown out in court not long ago. The Judge said that if people were offended they had a simple remedy - to walk away. This is the Public Order Act, and there was no threat to public order whatsoever. Neither the Scientologists nor the protesters were going to resort to violence or disorder.

Was the UK charitu Commission wrong?

It seems that the police in London considers that the Prime Minister who issued this document against the cult:

http://www.antisectes.net/official-reports-uk-sir-john-foster-1974.pdf
or the UK Charity which issued this in 1999:

considers that both these long studies done on the crime cult dangers were stupid?
I wonder if the london police is purely stupid, or braniwnashed, or paid by the cult to try to destroy the opponents of one of the most criminal cults of the XX-XXIth centuries.