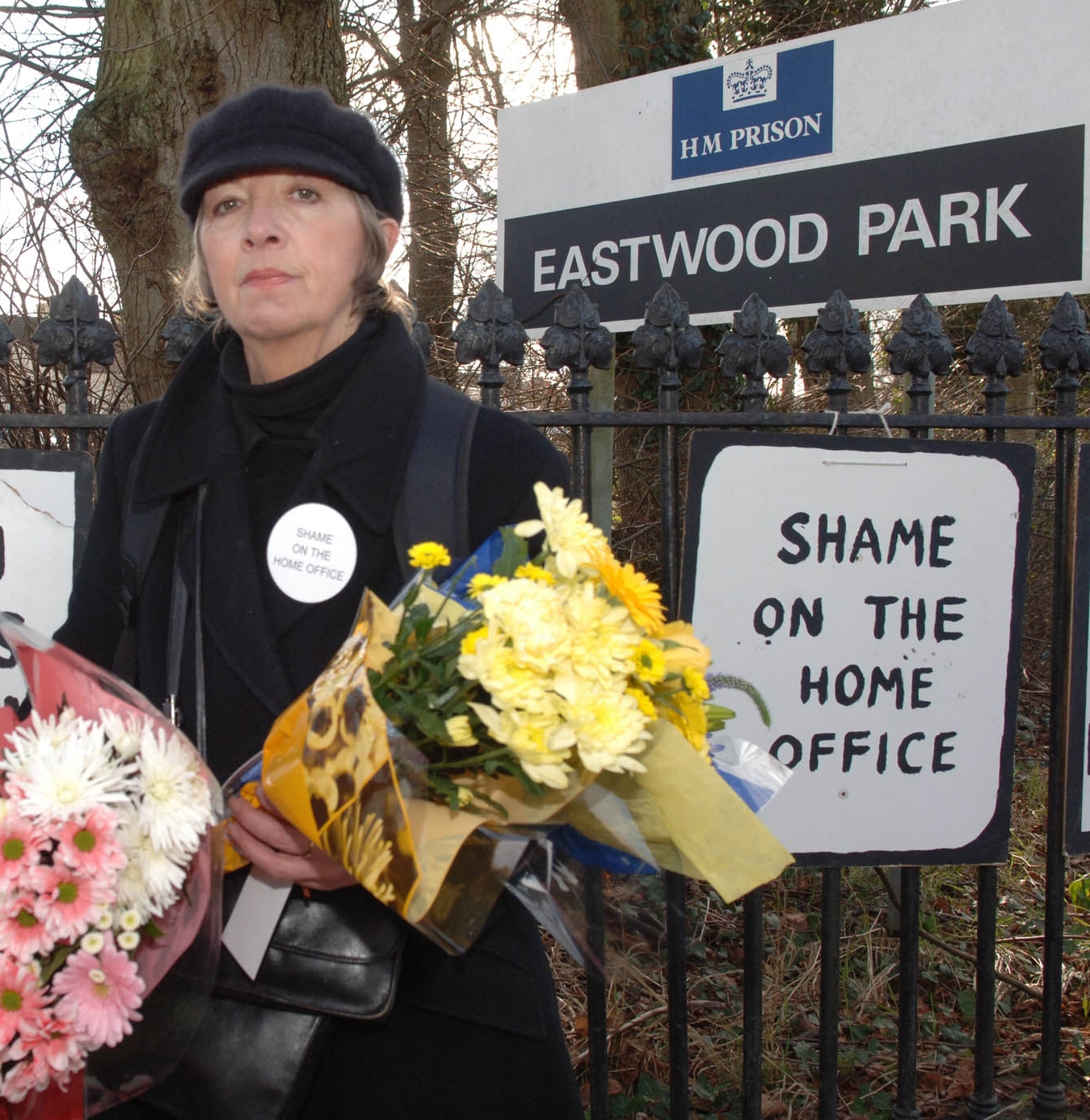 Mrs Campbell, from Whitchurch, Shropshire, became a member of the organisation INQUEST after her daughter, Sarah, 18, died of drug overdose at Styal prison in 2003. Her protests outside jails where women had died led her to being arrested several times.

It is understood Mrs Campbell was found this morning close to her daughter's grave in Malpas, Cheshire. A spokeswoman for Inquest confirmed Mrs Campbell had died although she couldn't confirm the circumstances.

A statement and tribute is expected to be released shortly.

A spokeswoman for Cheshire Police said: "At 6.15 this morning a member of the public alerted police to a body which was found at the gates of Oakhills cemetery in Malpas. "We are investigating the circumstances." The force said they were not yet in a position to identify the body.


4WardEver Comment:
We are deeply saddened by the death of Pauline, and had great admiration for her stance on prison authorities – she will be sadly missed.

Pauline has been a tireless campaigner against deaths of women in custody since the tragic death of her daughter Sarah in 2003.

She was awarded the Emma Humphreys Memorial Prize in October 2005. The prize is awarded each year to a woman or group who has, through their actions, writing or campaigning; raised awareness of violence against women and children.