Mark Collet, Griffins pet was apparently seen procuring 14 yrs old at a BNP conference a few years in Blackpool back by BNP members themselves. Sadie didnt resign over that& he is still Griffins favourite poodle.
Bet his security team are proud to be protecting such a worthwile party, though maybe they thought the 14yr olds were asking for it just like the kids of anyone else who opposes fascism. 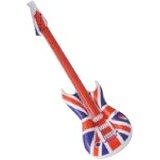 Stop hiding behind the British flag!, BNPnazi leaders are supporters of good old Adolf Hitler who murdered, abused, tortured & experimented on millions of children+babies. Face the facts & leave the BNP now & or help get good people the evidence to convict their hardcore of scumbags & supporters.
One of the leaders of Wolf hook nazi bike group, their fat coach with moustache was known as a nonce, apparently even after their head of security stabbed one of the others to death in Nottingham, this sad gang have been seen wandering around nottingham near the castle. They never wander around nottingham with their badges on their own, they are cowards& nazi child murdering bullies!

Watmough is their little gimp boy, imagine what he & Griffin have got locked in their sick cellars & ready to gas?, no wonder people like that guy in Austria seemed to get away with it. I bet he was a good nationalist too, a few nazis made it to s.america & the far east via right wing side of the catholic church now supporting Italys leader Berlusconi who is currently scapegoating& attacking Italian Gypsy migrant workers.

There have been allegations against many people on child molestation, I wont go through legal measures cos some nonces especially the nazis will use the info, but its not that easy for kids to make allegations stick & they need support.
Council leader Jason Zadrozny leader of Liberal Democrats, Ashfield Council,nottinghamshire has had allegations made by children adopted hy him & his partner, these have not thoroughly looked into by the police, this makes it seem like the Lib dems are supporting a paedophile & needs to be properly investigated & sorted asap. I have myself seen evidence that has been given to police, but seemingly overlooked, its pretty damning.

I personally was abused at a right wing school in west notts, despite a paedophile gang bravely being exposed as one of largest in UK at the time in the 1980's, one of the teachers who promoted extreme fagging is still there. This Dickensian method of making kids conform by using seniors & bully boys to torture younger pupils was& is used by many bad teachers in schools across the country after corporal punishment was stopped. they need making an example of, he literally put me through extreme torture. At another school I was sexually abused by another bully boy, the atmosphere of intimidation meant, I didn't speak out at the time.
I have evidence & will accept compensation,plus resignations etc from Trent college & a public letter of apology from the current Headmistress-master. There are already professionals aware of this, in my case I have access to proof& information which has been forwarded to legal professionals willing to act.

Collet wants people like me willing to stand up to kill myself, you nonce worshipping scumbag, the days& nights of me holding a knife to myself & hanging from bridges are over, where are you going to run you nazi nonce scumbag?
Stop abusing now, confess your crimes, stop preying on humanity, there maybe leniency especially if you can prove you were severely abused, otherwise one day many of you will be put on trial & given to your victims,if your lucky it will be fast.