Following is a review of the Italian flim Zero: an investigation into 9/11 which includes interviews with Nafeez Ahmed and Ralph Schoenman. Trailers of the film are available on the official site and there is an unofficial torrent (out of sync) available, it is due out on DVD soon. One paragraph from the following review is worth highlighting:

Zero is an eclectic film, but perhaps it is richer for its variety of viewpoints, some 9/11 Truthers will be dismayed by the opening focus on CD theory, some will be disappointed by the examination of physical anomalies at the Pentagon, some will be discouraged by the inclusion of an examination of the historical roots of "al Qaeda", but for Europeans seeing this information for the first time, they will have to take on this information and research it accordingly, should they see fit to do so. 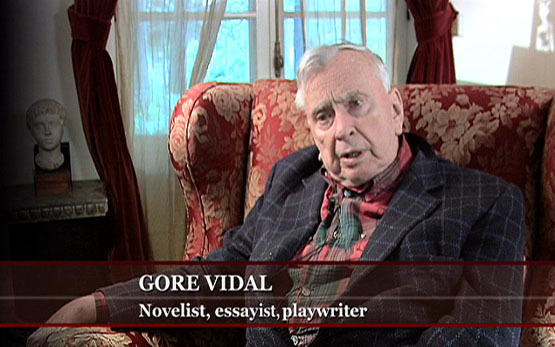 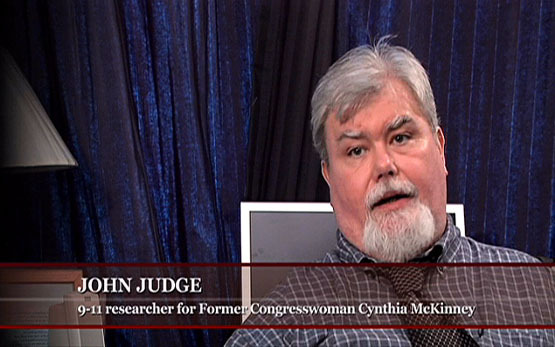 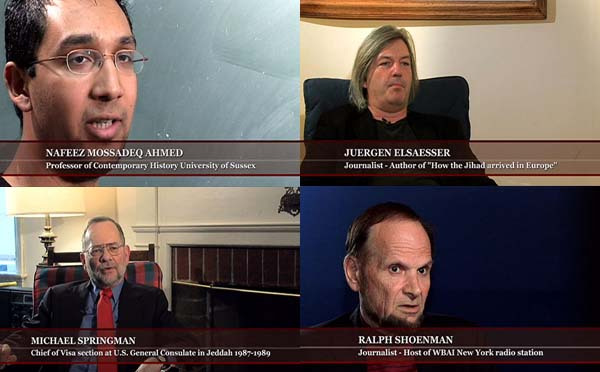 Nafeez Ahmed and Ralph Schoenman and others

If Matt Taibbi had even one percent of Gore Vidal's intellectual grasp of American history, perhaps then it would make reading his presumed 'leftist' opinion about 9/11 a little easier to stomach. (I presume that Taibbi pitches from the left, because his screed is published at Alternet.org and AfterDowningStreet.org.) Fortunately, we don't need him. Gore Vidal is still among us, and it is his image and voice in the new Italian documentary 'Zero: an investigation into 9/11', that expresses a critical perspective of 9/11 that will ring true to the ears of those who will hear, and will help to free the prisoners currently living out the Allegory of the Cave, mesmerized by shadows of terror, cast upon the wall by the likes of yellow journalists like Taibbi.

Vidal was an early critic of the official story of 9/11, and has maintained a firm distance from Neoconservative interpretations of 9/11, instead turning to the analyses provided by Stan Goff (and Barrie Zwicker) in 2001, Nafeez Mossadeq Ahmed in 2002, and David Ray Griffin in 2005. He has maintained varying distances between himself and the broader 9/11 Truth community, but through it all, Vidal has never believed the version of events of 9/11 as portrayed by NORAD.

In short, Vidal charges the investigations into 9/11 so far as failures, letting the Air Force off the hook, and regards the lack of intercept of even one hijacked airliner as suggestive of a stand-down order rather than a protocol failure. There is further discussion in the film about intercept protocols that were changed in the summer prior to 9/11, and this discussion is led by Robin Hordon, who speaks from his experience as a former Air Traffic Controller.

Hordon also talks about the highly protected airspace around Washington, DC, and his points are amplified by John Judge, a longtime researcher of events like the assassinations of JFK, MLK, RFK, and MalcolmX. Judge is also known for his work with former Congressional Rep. Cynthia McKinney, which resulted in a 9/11 Congressional Briefing in 2005. (You can see Judge's current activites at the Coalition On Political Assassinations {COPA} website.)

Zero spends about 20 minutes on Pentagon anomalies, with observations from Russ Wittenberg, Barbara Honegger, and Albert Stubblebine. (Here, I wince, because I have seen Stubblebine's performance in Jon Ronson's film, "The Men Who Stare at Goats", and I still shudder with incredulity as I visualize Stubblebine failing to dematerialize and walk through a wall.) This part of the film also features commentary from Italian Nobel Prize-winning Playwright, Dario Fo. Fo also shares his opinion about the destruction of the WTC, at the beginning of the film.

The first segment of Zero deals with the theory of the controlled demolition of the three WTC buildings. We see some familiar faces here; Steven Jones talks about his research into the examination of Ground Zero dust samples; Kevin Ryan speaks of his experience as a whistleblower and his observations on the NIST reports (and the experiments that bolster the reports). Jeanette McKinley makes a brief appearance in the film, relating her unique position for gathering dust samples, and once again, William Rodriguez speaks of an explosion that preceded the aircraft collisions on 9/11.

There are multiple Italian speakers in the film, including former NYFD member Louie Cacchioli, who was on the job on 9/11, and a new Italian voice offering his informed opinion on the state of the WTC steel, Italian metallurgist, Paolo Marini. His observations tend to not support the natural collapse scenario.

Most of the information presented in the controlled demolition (CD) section of the film is common knowledge for people who have seen a few 9/11 documentaries, fortunately, the film does not entertain a variety of completely unsupportable theories, but restricts itself to the only evidence-based inquiry out there, the CD scenario that involves thermate-related incendiaries.

Zero is a valuable film for Europeans to see, as it relies on a healthy dose of originally compiled interview material, with some of the foremost 9/11 researchers out there. To see people talking about 9/11 in your native tongue has got be a positive thing, and convincing for non-Italian Europeans unfamiliar with 9/11 skepticism or Loose Change. Following the release of the German Unter Falscher Flagge earlier this year, it's clear that skepticism of the official 9/11 narrative is only growing across the pond, and for the architects of global domination, this can only mean bad news.

What Ahmed and Elsaesser make clear is that the Arab Afghans, (or 'Arab Foreign Legion' that was created in Afghanistan to fight a proxy war against the Soviets), were propped up throughout the 1990s to fight little proxy battles in the Balkans, by the U.S. -- The ties to the mujahideen were never severed. There is also a drug trafficking subtext that the film doesn't really get into, but it's documented in the written and online works of Michel Chossudovsky, among others. This makes it very difficult for someone who is aware of these problematic links to the Islamic patsies, if you will, to get behind the Clinton machine. The Bush regime did not pursue the Clinton administration for supporting an Islamic terror network, and if there is a new Clinton administration, it's highly unlikely that they would pursue Bush II for its litany of lies and war crimes. It's a power hand-off with unwritten quid pro quo agreements obvious to any who care to look. Bush II investigated for 9/11 complicity by the Clintons? Not bloody likely.

Zero is an eclectic film, but perhaps it is richer for its variety of viewpoints, some 9/11 Truthers will be dismayed by the opening focus on CD theory, some will be disappointed by the examination of physical anomalies at the Pentagon, some will be discouraged by the inclusion of an examination of the historical roots of "al Qaeda", but for Europeans seeing this information for the first time, they will have to take on this information and research it accordingly, should they see fit to do so. Will Zero have the impact in Europe that Loose Change had in the U.S.?

One of the driving forces behind Zero is current EU Parliamentarian, Giulietto Chiesa. In Zero, Chiesa reveals a briefing for EU politicians from 2005 that was produced by Washington thinktank, CSIS. The presentation was based on a fictional incident of nuclear terrorism in Brussels. Following the fictionalized incident, the EU audience that was invited to the event was presented with a digitized version of Osama Bin Laden claiming responsibility for the attack.

Chiesa relates that the parliamentarians present at the briefing were dumbstruck. The authenticity of the "confession" video was stunning. It led to one un-named politician to stand up and question the veracity of all of the OBL videotapes that have been presented to the public since 9/11. Chiesa says that CSIS would not allow the makers of Zero to use their digitized OBL in the film.

Overall, I think that Zero will help to raise the consciousness of any European who watches it, to the very real possibility of False Flag terrorism, and also to the true history of "al Qaeda". For Americans, and others outside of Europe, the film is worth having simply to see Gore Vidal putting his true skepticism of 9/11 on the record in a film format. When this bellwether of the Left speaks, others should take note, because the vicious sputtering from the keyboard of Matt Taibbi is so far from where the center of Left should be, that it is troubling, and suspicious, but definitely not reasoned.