Approaching two hundred protesters, many from the Sudan, gathered opposite Downing Street yesterday (Sun 25 May, 2008) for a noisy protest before marching to a rally held adjoining the Sudanese Embassy opposite St James's Palace in London.
Pictures (C) 2008, Peter Marshall, all rights reserved. 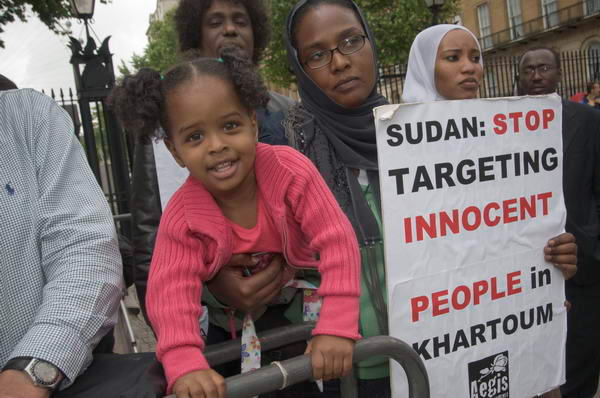 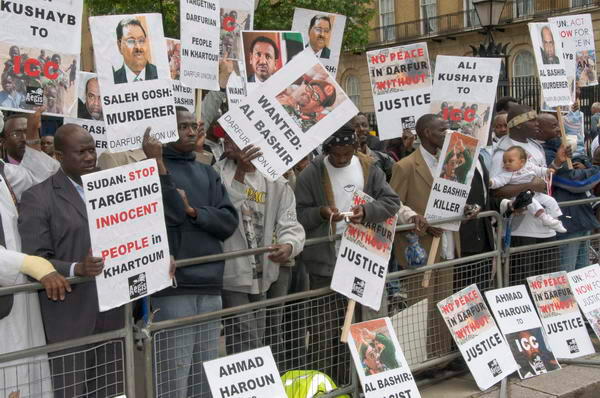 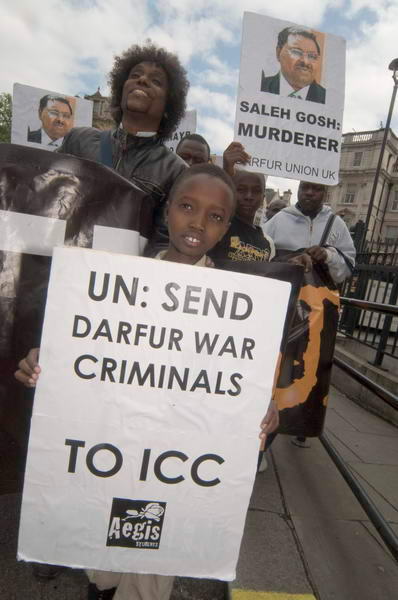 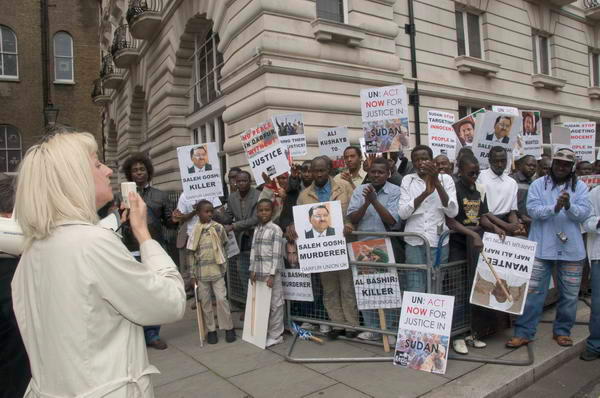 At the Sudanese Embassy

The 'Justice for Darfur' campaign was launced a month ago, one year after the International Criminal Court issued arrest warrants against Sudan’s former State Minister of the Interior Ahmad Haroun and Janjaweed leader Ali Kushayb (Ali Muhammad Ali Abd-al-Rahman) on 51 charges of war crimes and crimes against humanity arising from persecution, rapes and murder of civilians in four West Darfur villages.

The Sudanese government has refused to hand over the men; Haroun has even been promoted to be responsible for humanitarian affairs, and Kushayb, who was being held in jail on other charges at the time the ICC warrants were issued has been released due to "lack of evidence."

Demonstrators also carried placards asking for other Sudanese war criminals to be brought to justice, including Saleh Gosh, head of Sudan’s National Security and Intelligence Service, Sudan President Omar Al Bashir, the Minister of the Federation Government Nafi Ali Nafi and former Foreigh Minister Mustafa Osman, who were all among the 52 listed for investigation by the UN Commission of Inquiry into war crimes in 2005.

Fresh reports of beatings, detentions and shooting of Darfuri civilians in Khartoum and Omdurman have been received earlier this month, but the situation in Darfur seems now to attract relatively little attention in the mainstream press - who sent no reporters or photographers to Sunday's event.

The Justice for Darfur campaign is supported by around 30 organisations including the Aegis Trust, Amnesty International and Darfur Union UK who organised this event along with Aegis Students.